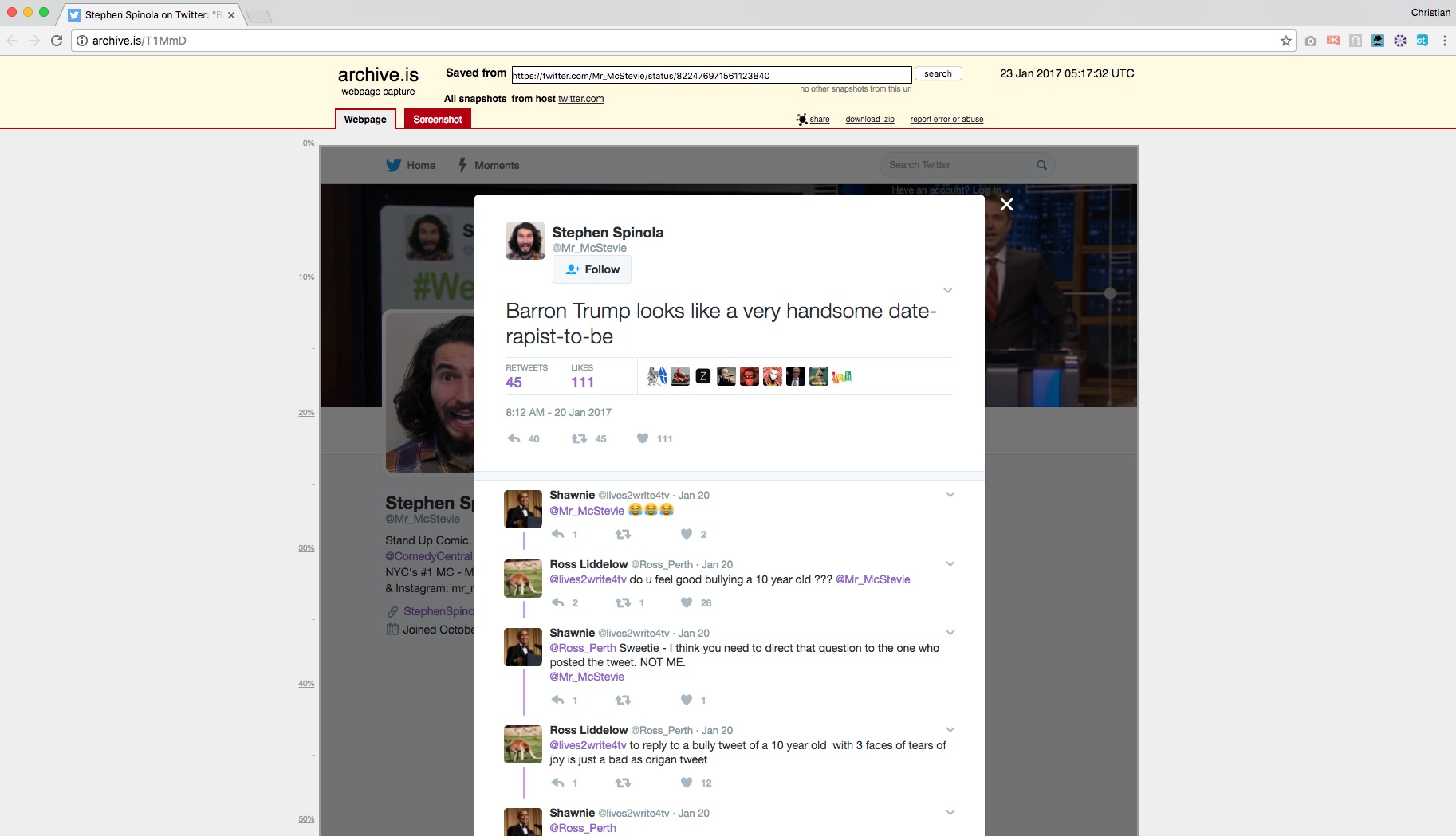 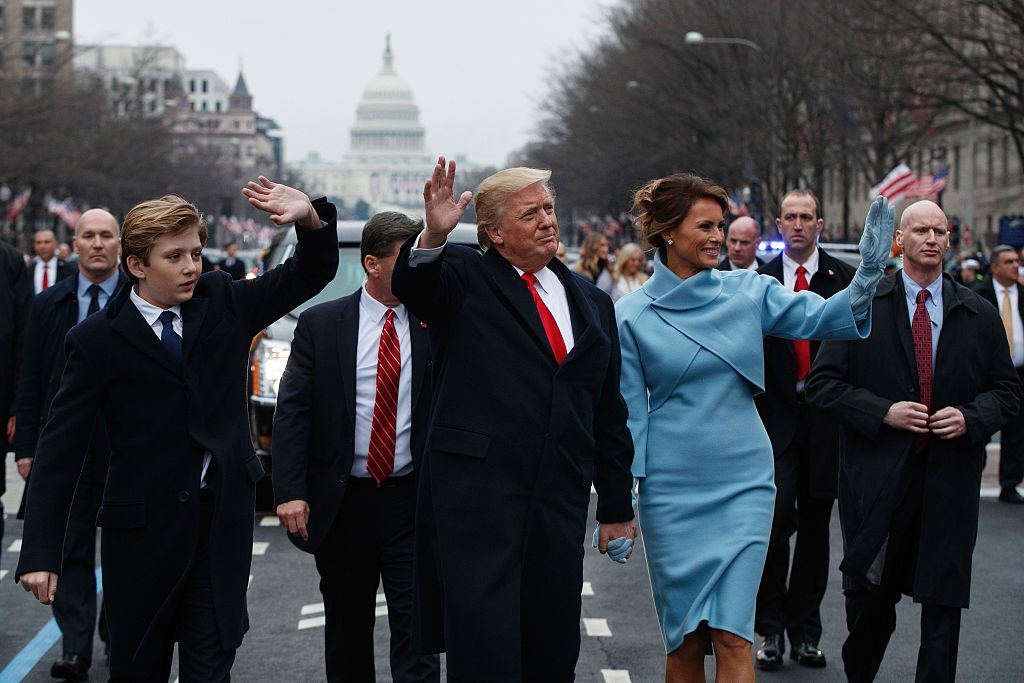 “I don’t want my Mom to get raped, but if she does I hope it’s by Barron Trump,” he wrote. “Small pp [sic] would be painless and we’d win lots of money in court.” 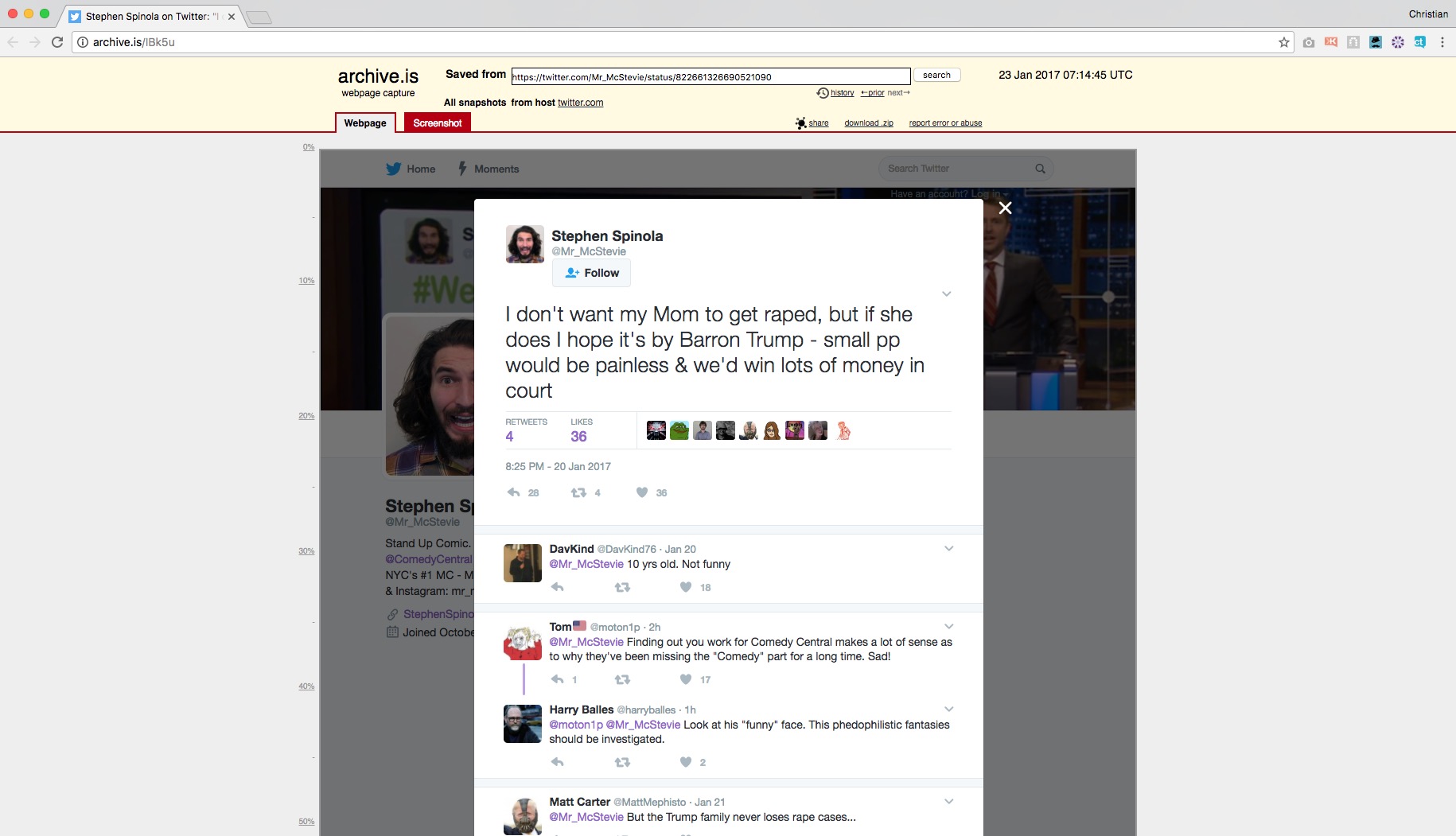 I believe in Math and the stats are saying I made a bad joke. I truly apologize if it hurt Barron Trump’s feelings. And thats all I can say.

UPDATE (2:00 pm, EST): Comedy Central reached out to the Daily Caller to say that Spinola does not “write” for Comedy Central — despite TheDC’s article never claiming he did and “Comedy Central content contributor” appearing in Spinola’s Twitter bio.

@TocRadio: 1/2 Please be advised Stephen Spinola is not a writer for Comedy Central nor has he ever been employed by Comedy Central.

@TocRadio: 2/2 We respectfully request that you update your post to correct that erroneous assertion.