Dakota Johnson turned quite a few heads when she showed up on the red carpet Thursday at the premiere of her film “Fifty Shades Darker” showing a lot of skin.

The 27-year-old actress and star of the highly anticipated sequel to “Fifty Shades of Grey” appeared at the Ace Hotel in Los Angeles, California in a pale pink dress without a bra. (VIDEO: ‘Fifty Shades Of Grey’ Star Called Filming In Nice After Terror Attack ‘Sobering’) 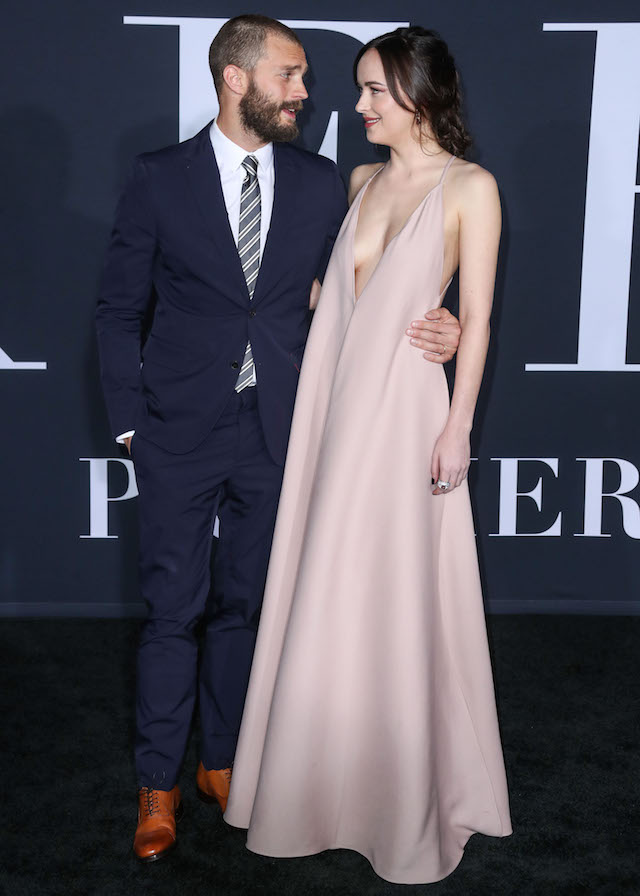 In the shot, Johnson wore a sleeveless gown with a plunging neckline that showed off a lot of cleavage. (RELATED: ‘Fifty Shades Darker’ Trailer Beats 24-Hour Record Set By ‘The Force Awakens’ [VIDEO]) 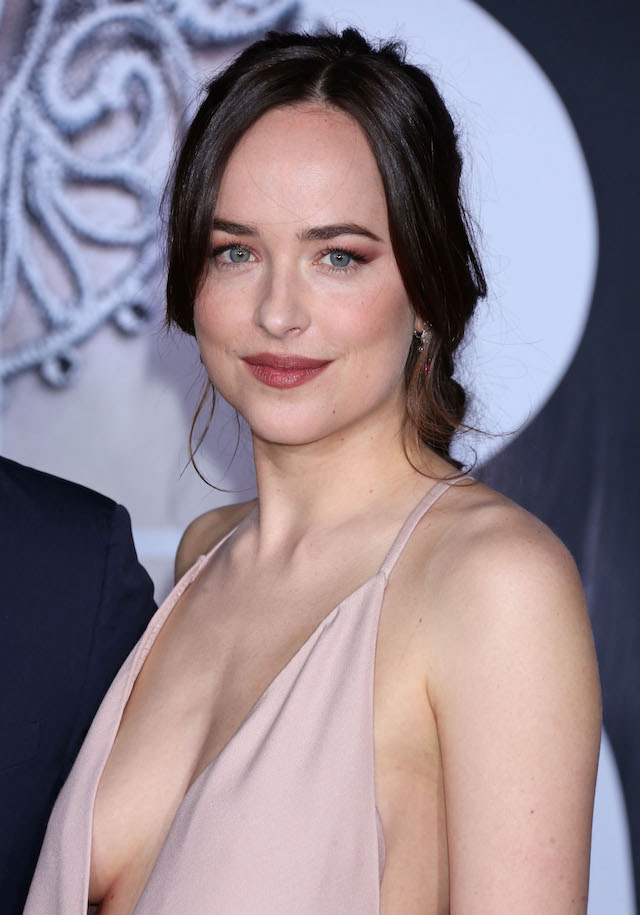 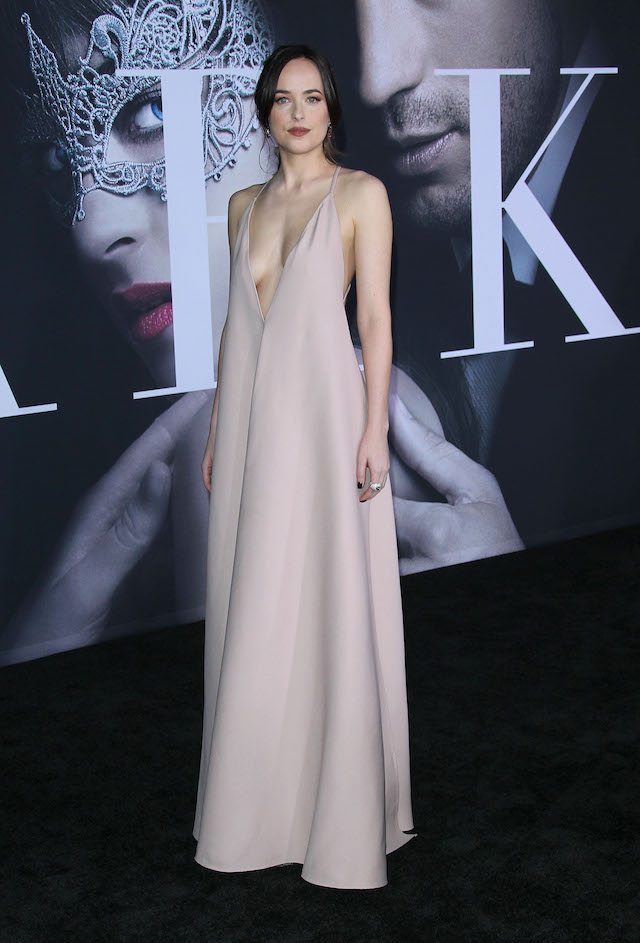 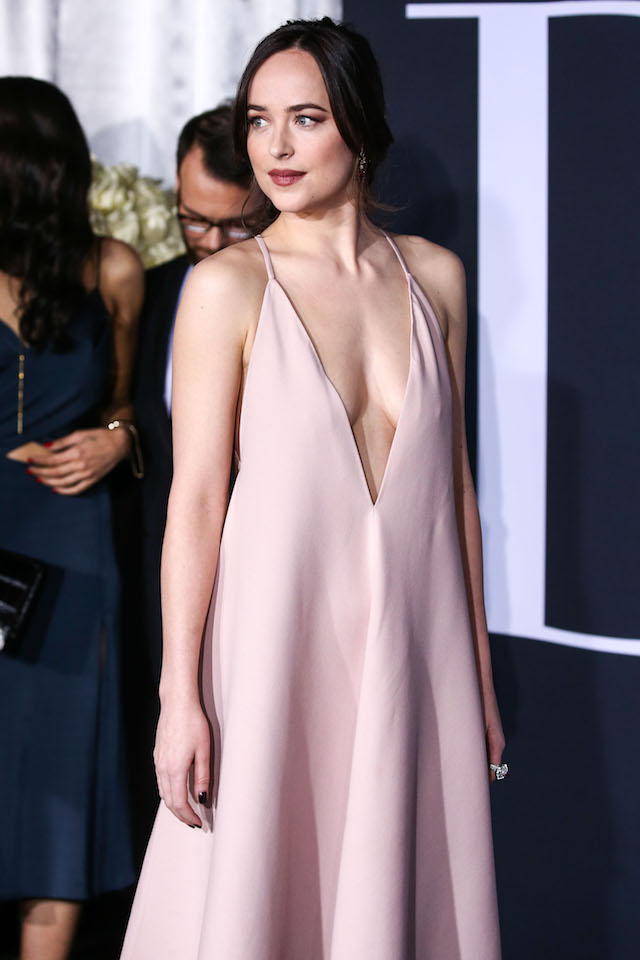 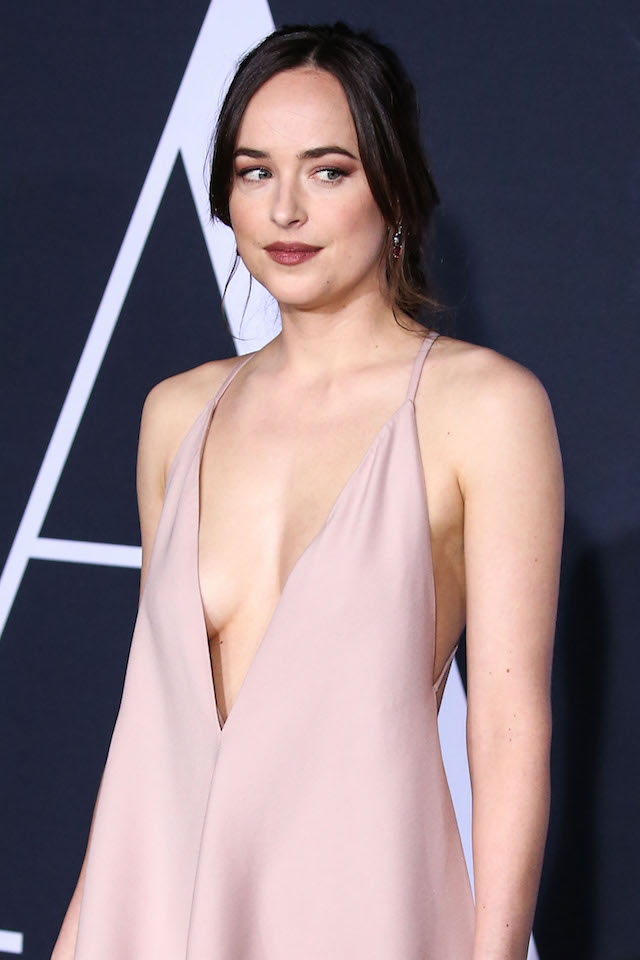 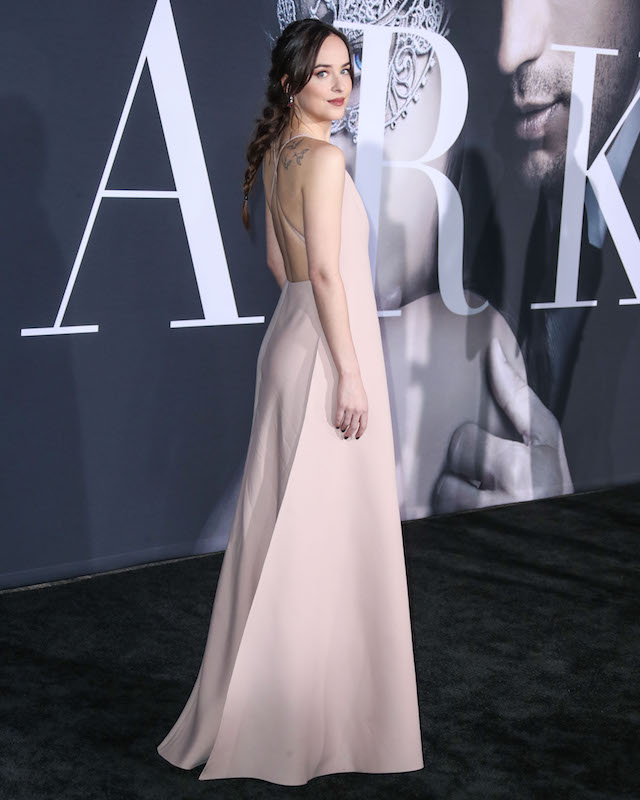