Aside from the big “Best Picture” blunder, there were mounds of things happening at the Oscars Sunday night.

For example, La La Land actor Ryan Gosling got attention by bringing his sister Mandi Gosling as his date instead of his wife, Eva Mendes.

Yahoo! Finance Managing Editor Sam Ro noticed. “Ryan Gosling’s sister is having a bit of a Pippa Middleton moment,” he observed on Twitter.

The woman’s chest jumped out at a variety of pubs, causing an array of humorous, but awkward, headlines.

The entertainment site toofab had its own way of describing the situation. 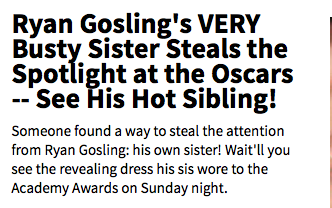 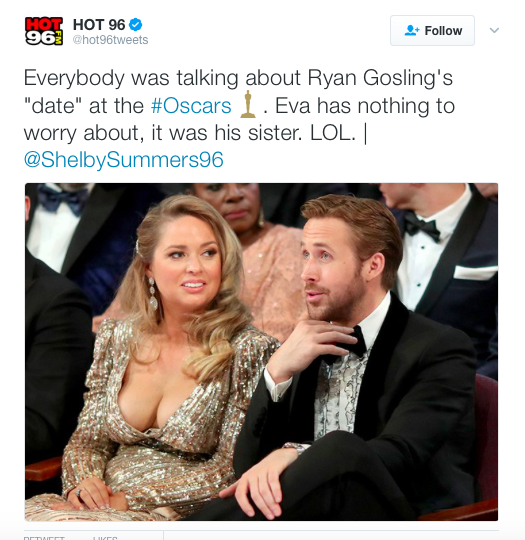