The Democratic Congressional Campaign Committee just released this. It’s not a parody. It’s not a late April Fools joke. It’s genuinely supposed to get you excited about the Democrats.

Make sure you click on the awesome animated GIF:

JUST RELEASED: Live footage of Barack and Joe wallpapering Trump's office with our new sticker. Get yours >> https://t.co/gi3qXSMLln pic.twitter.com/l3F9g8kiWv

Boom! In your face, Trump!

And here’s what you see when you click the link: 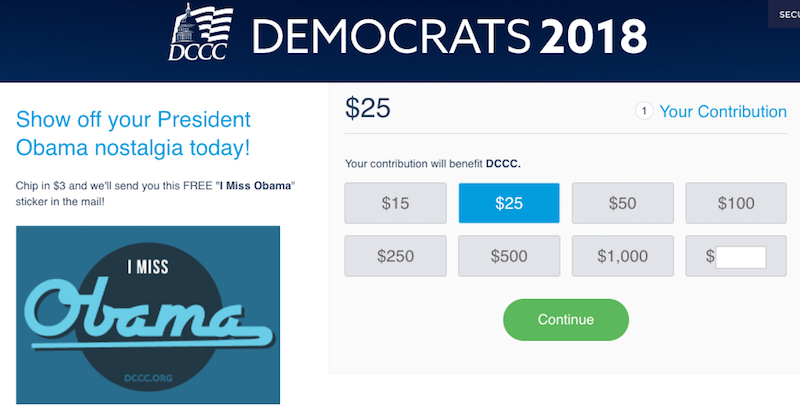 “Show off your President Obama nostalgia.” That’s just heartbreaking. If I were in charge of putting more Democrats in Congress, I’m not sure I’d want my opponents to know that I didn’t hold out any hope for the future.

But hey, it’s a meme, right? Kids like the memes, don’t they? Just 25 bucks for a bumper sticker to tell everybody that you know the party’s over!

The saddest part is, they’d be saying the same thing even if Hillary had won.