The defense rested its case in the Bill Cosby sexual assault trial Monday after just one witness and six minutes of testimony, according to ABC News.

In Norristown, Pennsylvania, the 79-year-old actor told the judge that he had decided not to take the stand after talking it over with his lawyers. Cosby is accused of drugging and sexually assaulting Andrea Constand — a Temple University employee — at his home in Philadelphia in 2004. (RELATED: Prosecutors Present Shattering Statements In First Day Of Cosby Trial) 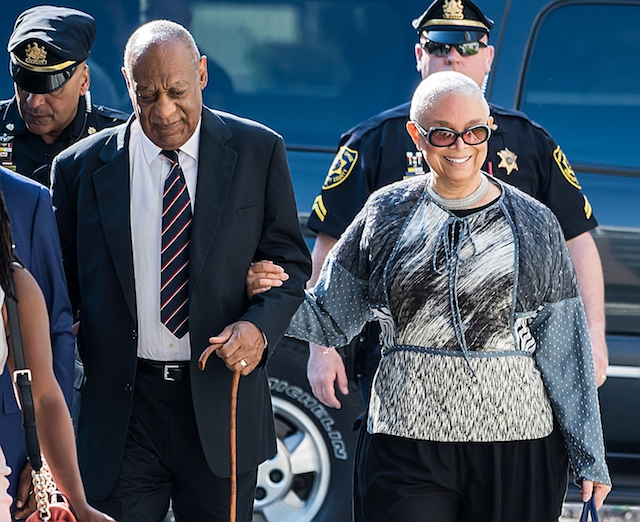 The defense called Detective Richard Schaffer, who was in charge of the case in 2005 and dealt with the allegations against Cosby. Schaffer told the jury that Constand had visited Cosby at an out-of-state casino. The judge also denied defense’s request to call a second witness — a woman who worked with Constand at the university.

The trial started six days ago and was followed by five days of testimony by the prosecution who rested their case on Friday.

Constand took the stand over two days and explained that the actor handed her three pills that he said were herbal in nature to help her relax before he allegedly sexually assaulted her. The pills, she claimed, made it impossible for her to “fight him away.”

“Mr. Cosby … laid me down. … I was laying on my left side and placed some pillow under my neck,” Constand explained. “I don’t really remember passing out. I have no recollection until at some point later I was jolted awake … and I felt Mr. Cosby’s hand groping my breasts under my shirt. I also felt his hand inside my vagina moving in and out. And I felt him take my hand and place it on his penis and move it back and forth.”

“I wanted it to stop,” she added. “In my head I was trying to get my hands to move or my legs to move but I was frozen and those messages didn’t get there. And I was very limp. And so I wasn’t able to fight him away.”

The defense maintains that the two were involved in a consensual romantic relationship.

Cosby’s wife Camille made her first appearance in the Montgomery County Courthouse Monday.

Cosby faces three counts of aggravated indecent assault for allegedly drugging and abusing Constand at his home in 2004. He has pleaded not guilty to the charges. If convicted, he faces up to 10 years behind bars.