The shooting at a congressional GOP baseball practice is just the latest in an escalating pattern of violence and intimidation against Republicans.

James T. Hodgkinson opened fire on GOP lawmakers and staffers with a rifle on Wednesday morning as they prepared for the annual summer baseball game between Republicans and Democrats. The shooter wounded several victims, including House Majority Whip Steve Scalise and a staffer for Texas Rep. Roger Williams, before heroically being taken down by Capitol Police.

If not for the attendance of Scalise — whose leadership position comes with a security detail — “it would have been a massacre,” said Kentucky Sen. Rand Paul, who managed to avoid getting shot. “I felt like I was back in Iraq but without my weapon,” said Ohio Rep. Brad Wenstrup, a former combat surgeon. 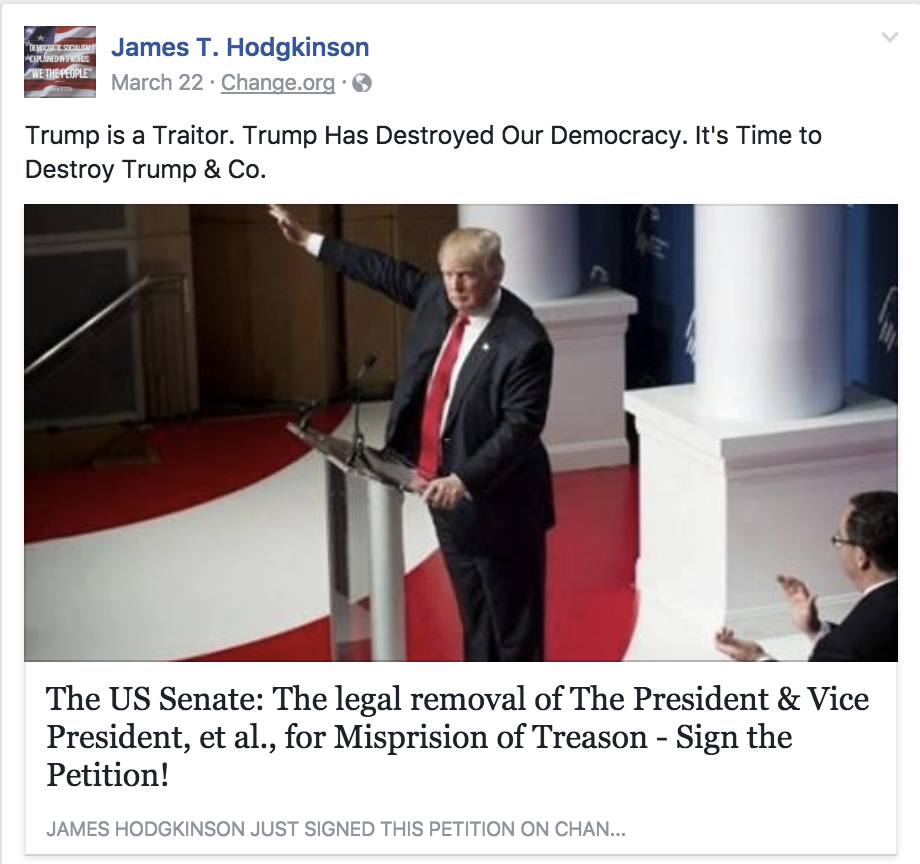 New York Rep. Claudia Tenney received an email shortly after the shooting that read, “One down, 216 to go,” The Hill reported. “Did you NOT expect this? When you take away ordinary peoples very lives in order to pay off the wealthiest among us, your own lives are forfeit,” the person said. “Certainly, your souls and morality were lost long before. Good riddance.”

Even before Wednesday’s shooting, Republicans were growing used to being on the receiving end of violence and intimidation amid an increasingly hostile political climate where left-wingers portrayed them as “fascists.”

One of Virginia Rep. Tom Garrett’s town halls last month featured a heavy police presence after Garrett and his family were targeted by repeated death threats. “This is how we’re going to kill your wife,” read one such message, Garrett told Politico. “I don’t want to die anytime soon. I got stuff left to do, I hope. But when you pull wives and children in, that’s not cool.”

Also last month, police in Tennessee charged 35-year-old Wendi Wright with felony reckless endangerment for allegedly trying to run Republican Congressman David Kustoff off the road after a town hall he held regarding the GOP health care bill. If Wright stays out of trouble and abides by the terms of her one-year restraining order, then all charges will be expunged from her record, reported BuzzFeed, which covered the story in sympathetic terms. “Wendi Wright can’t have any contact with Republican Rep. David Kustoff for a year after she chased after him for his vote on Obamacare last month,” read the story’s sub-headline.

The same day Wright was charged, police in North Dakota escorted a man from a town hall with Rep. Kevin Cramer after the man became physical with the Republican congressman and shoved a fistful of money into Cramer’s collar.

Video from one of California Rep. Tom McClintock’s town halls in February shows police escorting him to his car afterwards, as emotional protesters chanted “Shame!” At least four tires were slashed outside the town hall.

Alabama Republican Mo Brooks announced shortly afterward he would hold off on holding public town halls out of safety concerns. “I want things to settle down a little bit before I’m willing to subject citizens to bodily harm or damage to their personal property,” he explained. Texas Rep. Louie Gohmert similarly put a hold on town halls, “until the threat of violence at town hall meetings recedes.” Left-wing website ThinkProgress claimed there was “no evidence” to support Gohmert’s concerns about violence.

A popular parade in Portland, Oregon was canceled in April after threats of violence were made against a local Republican organization taking part.

An email warned parade organizers that 200 or more protesters would rush into the parade and drag the Republicans out, if that’s what it took to keep them from participating. “You have seen how much power we have downtown and that the police cannot stop us from shutting down roads so please consider your decision wisely,” the email warned. Portland has been a site for organized left-wing protests, which have often turned into violent riots. (RELATED: Leader Of Portland Anti-Trump Protests Charged With Sexually Abusing A Minor)

The threat was sent from an email address registered with RiseUp.Net, an organization that is open about “providing communication and computer resources to allies engaged in struggles against capitalism and other forms of oppression.”

Pro-Trump commentator Milo Yiannopoulos had his speech at the University of California-Berkeley cancelled after rioters set the campus ablaze in order to keep him from speaking. (RELATED: ‘INFERNO’ — Milo Speech Cancelled After Rioters Set Campus Ablaze [VIDEO])

A month before the election, someone firebombed a North Carolina GOP office. A building adjacent to the office was spray painted with a warning: “Nazi Republicans get out of town or else.”

Educational institutions are no exception, as Republican students have been targeted there as well.

The day after the election, sophomore high school student Jade Armenio was attacked after she expressed her support for Trump on social media. Armenio, who was white, was attacked by another female student, who was black. The attacker ripped Armenio’s glasses off and punched her in the face. The attack was caught on video.

The president of Cornell University’s College Republicans, Olivia Corn, said she was physically assaulted the night after Trump won the election. “Fuck you, racist bitch, you support a racist party,” her attacker reportedly said. Corn was attacked even though, in her own words, she was “not Donald Trump’s biggest fan.” She added that she “was saddened that I was not afforded the same respect that I offer others.”

A Maryland high school student wearing a “Make America Great Again” hat after the election was punched and kicked by students protesting Trump after he started arguing with them.

Similarly, police in Florida arrested a 17-year-old high school student after he punched a classmate for carrying a Trump sign at school.

“It definitely had a political motivation,” Lt. Mike Bandish of the Palm Bay Police Department told news organizations. “The boy was carrying a Trump sign and walked into the gym. The other boy punched him in the face.” (RELATED: Liberal Media Ignores Violence Against Trump Supporters, Focuses On Unproven Anti-Trump Stories)

In another instance of post-election violence directed at Trump supporters, 24-year-old Corey Cataldo was reportedly attacked on a New York subway for the crime of wearing a “Make America Great Again” hat.

This article has been updated to note the threats against Rep. McSally.