Michael Vick is set to be inducted into the Virginia Tech Sports Hall of Fame.

The news was reported early Tuesday morning by NFL.com, and the induction ceremony will take place September 22.

Vick, who famously ran a criminal campaign that oversaw the murder of countless dogs after they were done dog fighting, was a standout quarterback for the Hokies.

He went on to have a successful NFL career with the Atlanta Falcons, prior to his arrest for his violent criminal activity as a dog murderer. The dual-threat quarterback had a couple more seasons of success after his release from prison, including stints with the Eagles, Jets and Steelers. 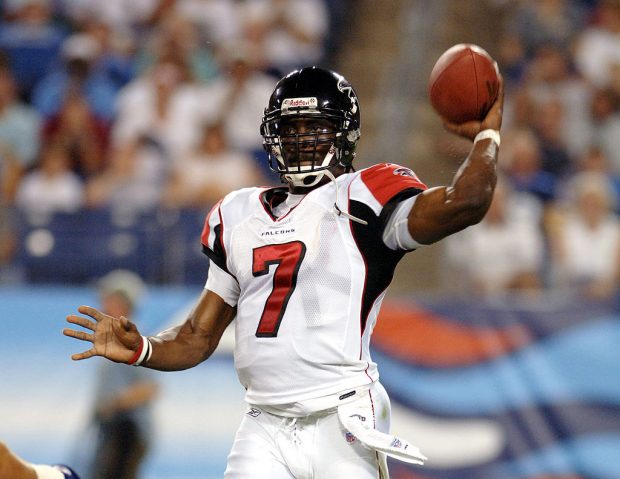 Falcons Michael Vick #7 throws during first half action between the Atlanta Falcons and the Tennessee Titans on August 26, 2006 at The Coliseum in Nashville, Tennessee. (Photo by Joe Murphy/NFLPhotoLibrary/Getty Images)

It’s a bit of a mind-boggling move for the Hokies to honor someone who murdered man’s best friend with a sickening indifference to the dog’s life or safety.

But, apparently in Virginia if you can score touchdowns as a college student then it doesn’t matter what you do to dogs. Well done Virginia Tech, just absolutely outstanding job.