Released on the anonymously run website Newhavenleaks.com, the emails provide context for the abrupt firing of Commission of Equal Opportunities executive director Nichole Jefferson in 2015.

Jefferson held her title for 15 years before she was abruptly fired by Mayor Harp on Aug. 6, 2015, for allegedly engaging in “intimidation, attempted bribery and corruption with contractors doing business with the city of New Haven,” according to the mayor. She was investigated by the city for allegations that she failed to collect fines from contractors who had not hired residents for work as required. A second investigation helmed by the the FBI and the U.S. Attorney’s Office, involving the IRS, the U.S. Postal Service and local police forces, was subsequently opened.

Although the federal probe found no wrongdoing, emails reveal that corporation counsel John Rose told a hired outside attorney with ties to the U.S. Attorney’s Office that “your job is to provide the Mayor with the ammunition to fire the subject.”

Rose, a Hartford resident, was appointed New Haven’s acting corporation counsel for a $145,000 yearly salary. As a corporate council in Hartford, he served under Eddie Perez, who was arrested in 2009 on bribery charges.

In a separate email, the hired attorney, Michael Dolan, wrote that one of his “functions in the investigation is to be the liaison with the U.S. Attorney’s Office and to use my experience as well as exploit my relationships in that office for the City’s benefit.”

Following the federal investigation, thousands of documents related to the Commission of Equal Opportunities were shredded by two interns, a direct violation of Connecticut statutes. A cautionary email leveraging city official complaints was sent to the mayor’s office by the Office of Public Records.

At Tuesday’s Democratic Town Committee Convention, Mayor Harp accepted the unanimous nomination for a third mayoral term. New Haven’s former labor director Marcus Paca, who was fired by Harp in the wake of the Jefferson investigation, stood in the back of the room with his arms crossed. Paca, who is running against Harp as a petition candidate, has claimed that Harp’s witch-hunting antics against Jefferson have cost New Haven tax-payers close to $2 million. 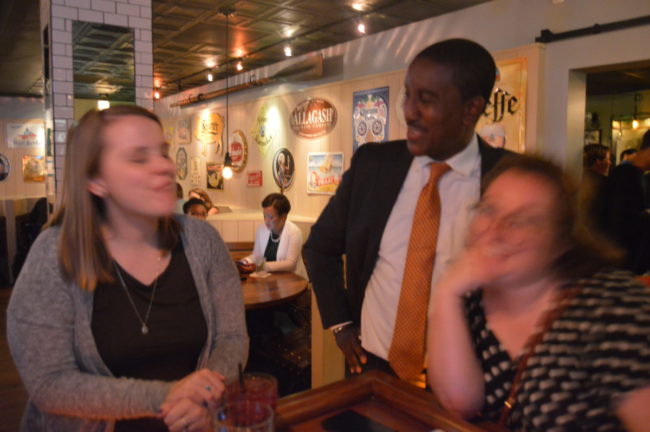