NFL players think they have the whole Colin Kaepernick situation figured out. Most of them are wrong.

Colin Kaepernick is still unemployed for a variety of reasons, but the leading opinion from NFL players who have chosen to speak on the matter is that owners are afraid to sign Kaepernick out of fear of backlash from their fans. And those who have spoken up have decided to bash other players around the league.

Seattle Seahawks loudmouth Richard Sherman rattled off a list of names when he decided to bring up the Kaepernick situation on his own while talking to reporters earlier this week.

“Ryan Fitzpatrick, Ryan Mallett or whoever is playing for the Jets right now — whoever is starting for the Jets is terrible — have jobs. You’re telling me fans would rather you lost and put a worse player out there because a guy took a stand? That’s where it’s so troublesome to me,” Sherman said. 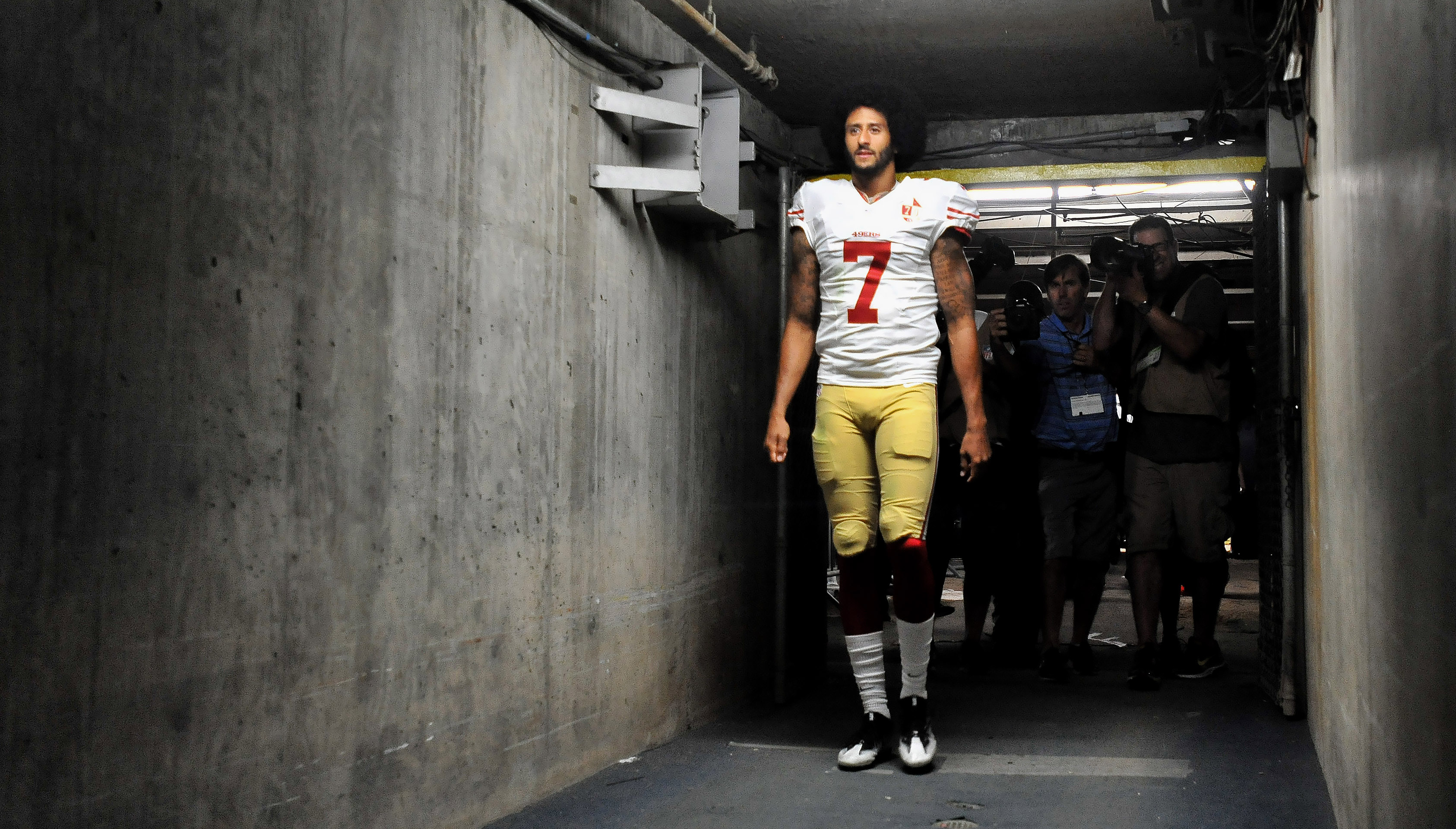 Sherman’s teammate, Michael Bennett, called out some more of their fellow players, but he took it a step further blaming the “racial divide in the league” as well.

Here’s what he had to say, according to USA Today.

“There are (accused) rapists and drunk drivers in the league. But he’s somebody who didn’t do anything to anybody. But you hear owners say, ‘We have to ask our fan base first.’ But the Giants kept Josh Brown (amid a domestic violence issue). Ben Roethlisberger has been accused of rape twice. The organization didn’t turn their back on him. They gave him a contract extension. Kaepernick didn’t do anything. That’s why racism is the biggest issue in America,” Bennett said.

Why USA Today decided to dress Bennett’s comments up to make it seem like he wasn’t blatantly calling Roethlisberger a rapist, I don’t know. But here’s the point: if your defense of one player in the league is ripping the rest of them to shreds, how much weight does your opinion really carry?

If you’re claiming that the only reason Kaepernick isn’t getting signed is over fear of backlash, you’re wrong. And if you’re using Ben Roethlisberger’s alleged rape scandal as your reason for saying it’s all about race, wrong again. 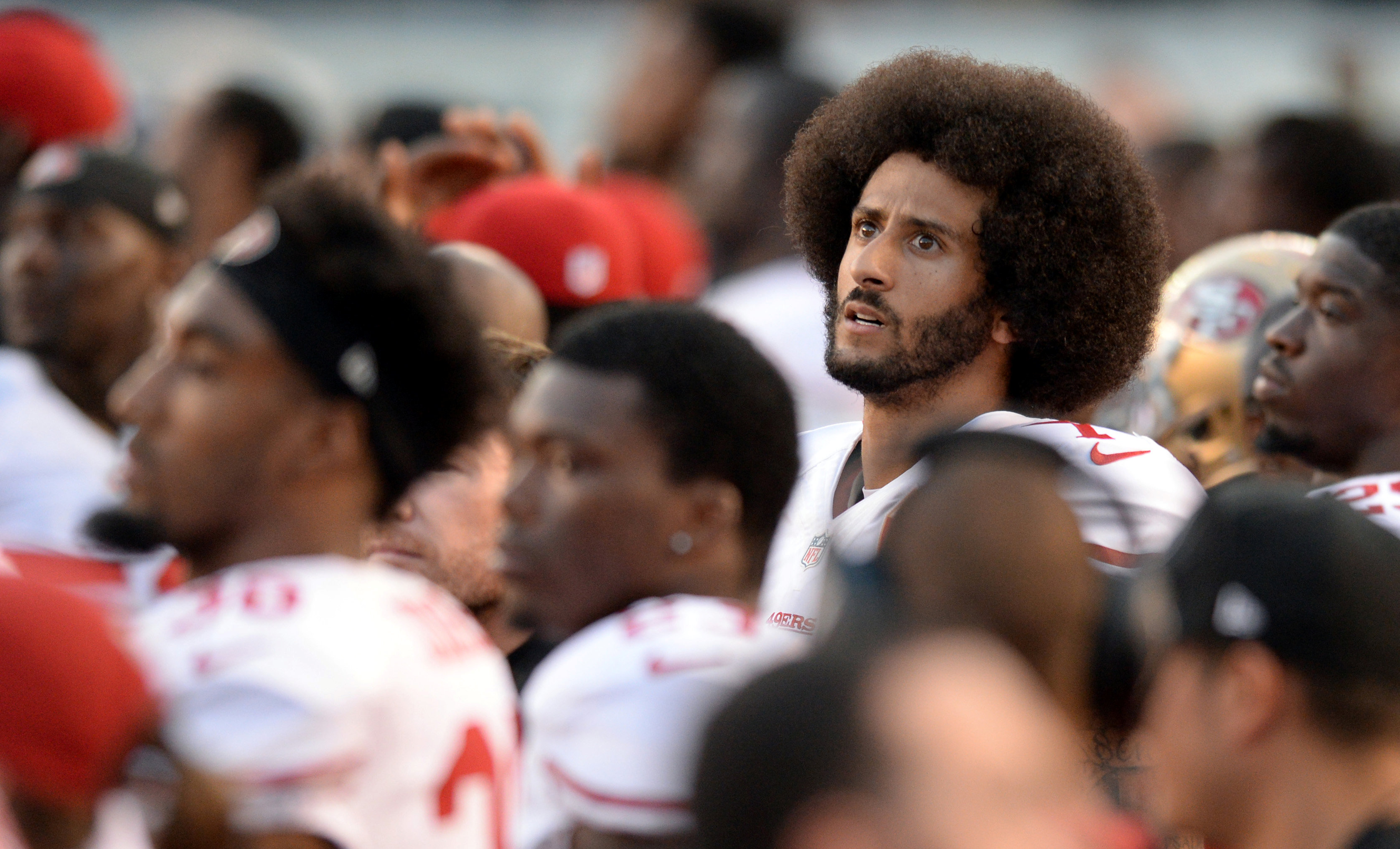 I’m no NFL owner, but if I were, I’m sure I would have a certain threshold for backlash — and yes talent level would most likely come into the equation as well.

You can trash all the backup quarterbacks around the league all you want to, but “Ryan Fitzpatrick, Ryan Mallett or whoever is playing for the Jets right now,” aren’t out on the sidelines disrespecting America. And judging from Kaepernick’s last season on the field, I wouldn’t put him head and shoulders above those guys when it comes to talent, which has clearly come into consideration.

As for Michael Bennett’s take, notice how he claims Kaepernick’s whole situation is all about race, and all he does is rattle off names of white players who have been involved in scandals.

Last time I checked, the NFL eventually looked past that whole murder thing with Ray Lewis. Then there was that other guy named Greg Hardy, who beat the shit out of his girlfriend and kept playing football. Just naming a few black players to balance Bennett’s bullshit, that’s all.

You see, these Seattle Seahawks think they have it all figured out, but they don’t. How about you go win another Super Bowl so you can boycott your trip to the White House or something and stop spewing this trash.