“With The Force Awakens, J.J. delivered everything we could have possibly hoped for, and I am so excited that he is coming back to close out this trilogy,” Lucasfilm president Kathleen Kennedy said in a statement Tuesday. (RELATED: There’s A ‘Star Wars’ Spinoff Focusing On Obi-Wan Kenobi In The Works) 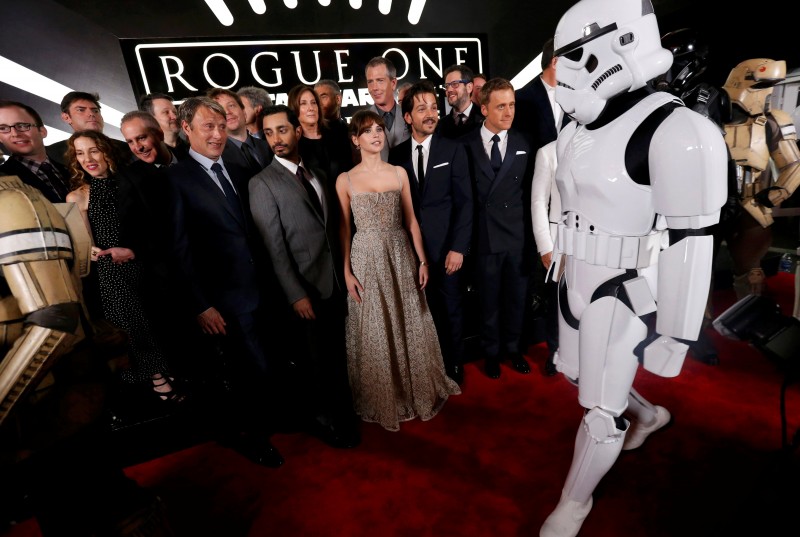 The cast and crew pose on the red carpet while a “Storm Trooper” walks by as they arrive at the world premiere of the film “Rogue One: A Star Wars Story” in Hollywood, California, U.S., December 10, 2016. REUTERS/Mario Anzuoni TPX IMAGES OF THE DAY

In 2015, Abrams helped revive the beloved franchise with “The Force Awakens,” which grossed $2.06 billion worldwide at the box office. “Star Wars: The Last Jedi” is expected to hit theaters in December, and “Episode IX” will close the trilogy.

Abrams will write and direct the final film in the trilogy, replacing Colin Trevvorrow who recently parted ways with the Lucasfilm after creative differences.

“Lucasfilm and Colin Trevorrow have mutually chosen to part ways on Star Wars: Episode IX,” a statement from Lucasfilm read. “Colin has been a wonderful collaborator throughout the development process, but we have all come to the conclusion that our visions for the project differ. We wish Colin the best and will be sharing more information about the film soon.”