Sean Spicer said he thinks Melissa McCarthy and him should share the Emmy she received for her impersonation of the former White House press secretary on “Saturday Night Live.”

“I think we should share,” Spicer told The Blast Tuesday after the site asked him about McCarthy winning the award best guest actress on a comedy series at the Creative Emmy Arts Awards Sunday night. (RELATED: Now We Know If Sean Spicer Will Show Off His Moves On ‘DWTS’) 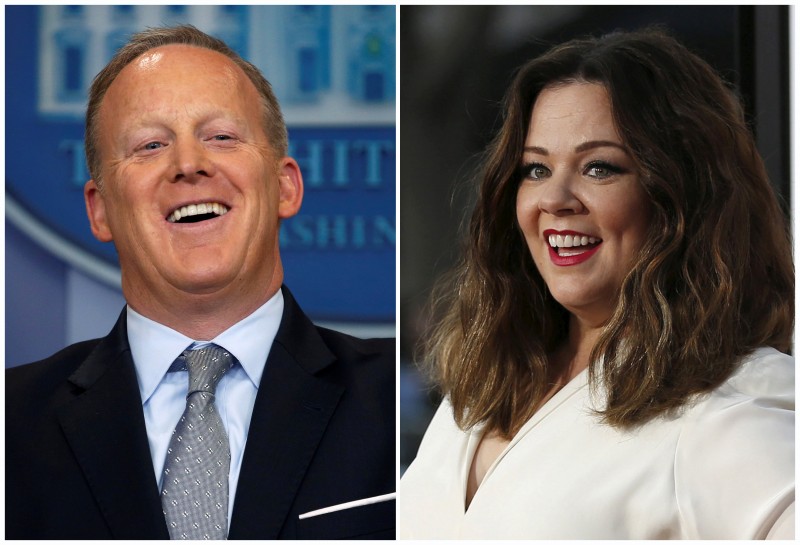 Later, he shared that President Donald Trump has a “great sense of humor” and would often call the press secretary into his office to share a laugh about McCarthy’s impersonations.

“I think the president’s got a great sense of humor,” the former WH Press Secretary explained. “There were a couple of times, sure we had a good time.”

In a past interview, Spicer said that he thought the impersonations were really “funny,” but thought that McCarthy could “dial back” on the exaggerations of him.

He is scheduled to go on “Jimmy Kimmel Live” Wednesday to give his first interview since leaving the White House.