A lobbyist who served as a back channel between Christopher Steele and Virginia Democratic Sen. Mark Warner served as legal counsel to Russia’s foreign minister and lobbied on behalf of a Russian oligarch with ties to Paul Manafort.

Documents filed with the Department of Justice show that Adam Waldman of Endeavor Law Firm, served as counsel to Sergey Lavrov, Russia’s foreign minister, from 2010 until last year. He has also worked for Oleg Deripaska, a billionaire aluminum magnate with close ties to Putin, since 2009.

The connection between Waldman and Steele is somewhat surprising given the former British spy’s work on the dossier, which purports to expose a Kremlin conspiracy with the Trump campaign.

Waldman’s link to Steele was revealed on Thursday in a bombshell Fox News report.

The network reported that Waldman and Warner, the top Democrat on the Senate Select Committee on Intelligence, exchanged text messages in 2017 showing that they worked to set up secret meetings with Steele, who is based in London. 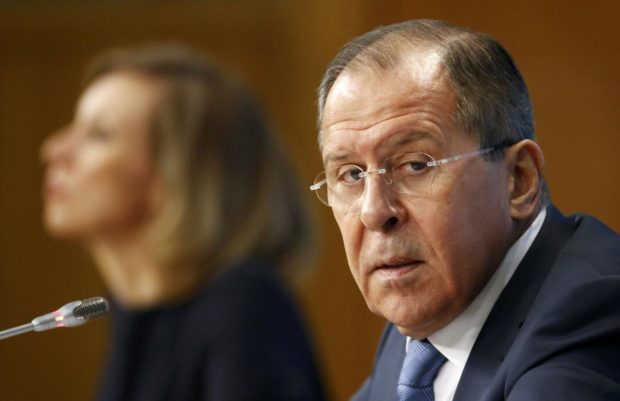 It is unclear if Waldman was working for Steele or helping him out as a friend. Waldman could not be reached by phone or email for comment.

According to Fox, Waldman first mentioned Steele to Warner.

“Chris Steele asked me to call you,” he wrote on March 16.

The text messages show that Warner pressed Waldman to help set up a meeting to discuss the dossier. Waldman said that Steele first wanted a letter signed by Warner and North Carolina Sen. Richard Burr, the Republican chairman of the Senate committee. (RELATED: Dossier Source Met With Kremlin Crony At Russia Expo)

“We have so much to discuss u need to be careful but we can help our country,” Warner wrote to Waldman on March 22.

Other messages suggested that Warner sought to keep other members of the Senate Intelligence Committee in the dark about the back channel to Steele.

“Ok but I wud (sic) like to do prelim call u me and him no one else before letter just so we have to trail to start want to discuss scope first before letter no leaks,” he wrote.

And on March 30, he texted: “We want to do this right private in London don’t want to send letter yet cuz if we can’t get agreement wud rather not have paper trail.”

Burr was aware that Warner was attempting to make contact with Steele, but he did not know about specific text messages, according to Fox.

Warner notified Burr of the texts in June, and the pair briefed other members of the committee in October. A Warner aide told Fox that they made the disclosure of the texts because “they realized out of context it doesn’t look great.”

Fox News obtained the messages, which were marked “CONFIDENTIAL,” from an unidentified Republican source.

Manafort, who special counsel Robert Mueller indicted in October, was locked in a bitter business dispute with Deripaska while he was on the campaign.

But at one point during the campaign, Manafort suggested to a business associate that he would prove “private briefings” to Deripaska if requested. (RELATED: Manafort Offered To Provide ‘Briefings’ To Russian Oligarch During Campaign)

Waldman began working for Deripaska in 2009 to help the billionaire with visa issues, according to lobbying disclosures filed under the Foreign Agents Registration Act (FARA).

The State Department revoked Deripaska’s visa in 2006 because of concerns about ties to Russian organized crime.

Deripaska pays Waldman $40,000 per month plus expenses for the contract, which is still active. He has yet to obtain a U.S. visa.

In Oct. 2010, Lavrov, the Russian foreign minister, hired Waldman as part of the campaign to help Deripaska as well as to serve as his legal counsel in Washington, D.C.

Waldman’s FARA disclosures show that his work for Lavrov involves engaging “in correspondence and meetings with U.S. policymakers” as well as acting “as counsel” to the Russian diplomat “on political and legal matters as requested, including issues related to diplomatic matters.”

Waldman received no compensation from Lavrov, according to FARA filings.

One of Waldman’s filings includes a Sept. 15, 2010 letter sent by Lavrov thanking him for his work for Deripaska.

“A persistent state of limbo regarding Mr. Deripaska’s ability to travel freely between our two countries has become an impediment to the promotion of mutually advantageous contacts between the business communities of the two countries,” Lavrov wrote.

FARA records show that the relationship between Waldman and Lavrov was terminated on May 31, 2017.