The Chicago Bears and Baltimore Ravens will kick off the 2018 preseason in the Hall of Fame game, ProFootball Talk reports.

The NFL announced Tuesday that the Bears and Ravens will meet up in Canton, Ohio, on August 2. 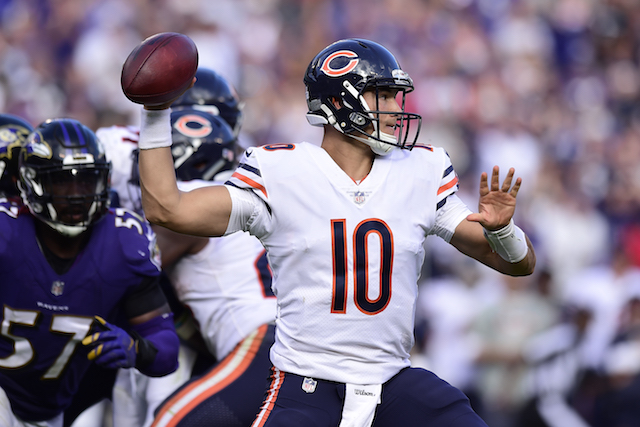 Quarterback Mitchell Trubisky #10 of the Chicago Bears throws in the fourth quarter against the Baltimore Ravens at M&T Bank Stadium on October 15, 2017 in Baltimore, Maryland. (Photo by Patrick McDermott/Getty Images)

It will be the Ravens’ first time in the game, but with Baltimore’s former star linebacker Ray Lewis being inducted into the 2018 Hall of Fame class this year, the selection makes sense. Chicago’s former linebacker Brian Urlacher will also be enshrined with this year’s class, according to NFL.com.

The Hall of Fame Game will take place on a Thursday night, which is only the second time the game has ever been not held on a weekend.