On February 26, 2016, then-candidate Donald Trump took the stage at a campaign rally in Fort Worth, Texas, grabbed a water bottle and effectively kicked Marco Rubio out of the Republican primary.

“It’s Rubio!” Trump yelled to an enthusiastic crowd as he flung water from the bottle and mocked the junior senator from Florida.

Trump, responding to an aggressive performance from Rubio in the prior evening’s Republican primary debate, brought up Marco’s 2013 response to President Obama’s State of the Union.

Rubio became flustered on camera and was forced to briefly pause and take a sip of water, a moment his super PAC actually began fundraising on in the following months. (RELATED: Rubio’s PAC Sells Water Bottles After State Of The Union ‘Sip Slip’)

Trump had his very own presidential water bottle moment this past November while giving a speech at the White House. 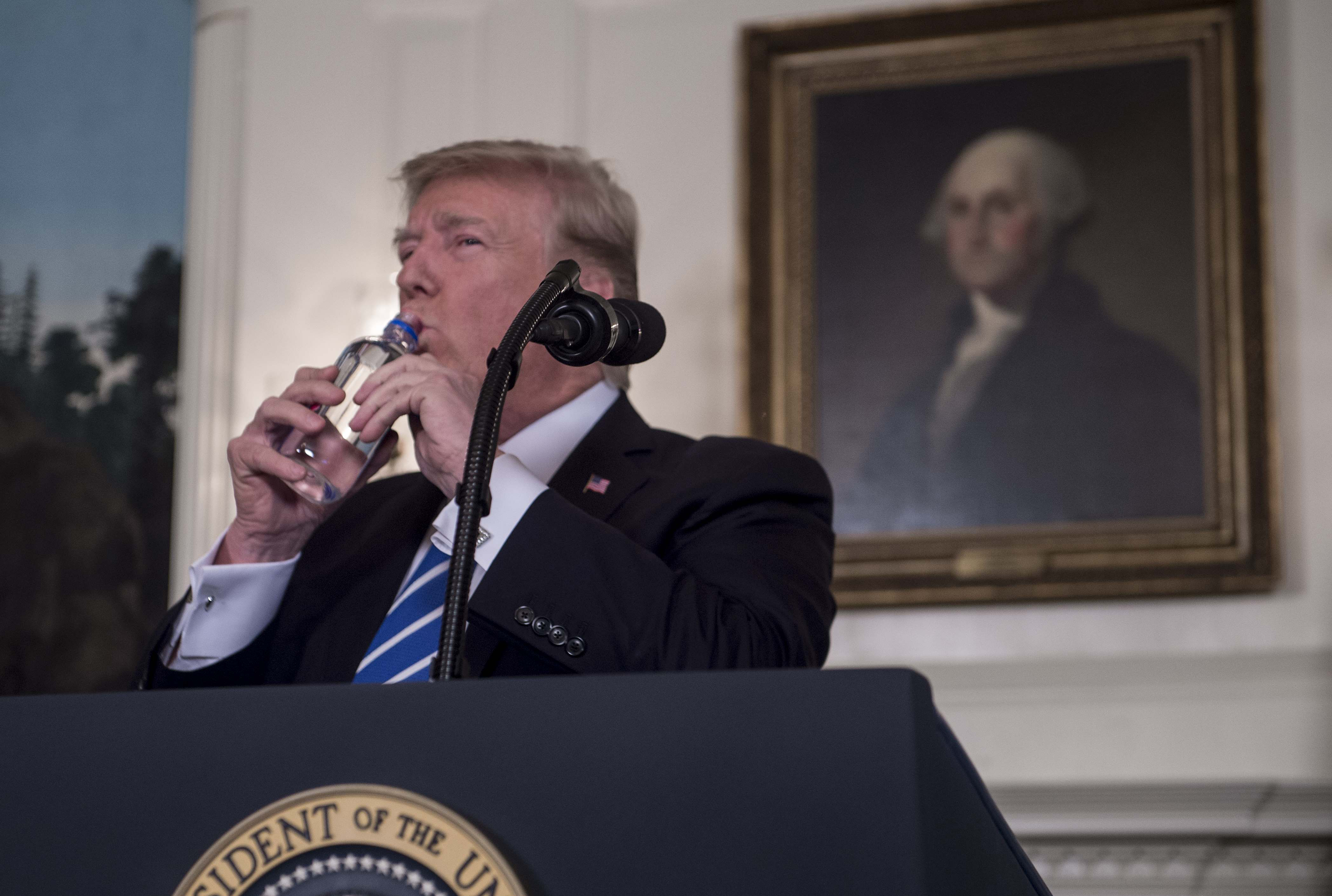 US President Donald Trump drinks water from a bottle as he delivers remarks on November 15, 2017 in the Diplomatic Room at the White House in Washington, DC.
At right is a portrait of first US president George Washington. (NICHOLAS KAMM/AFP/Getty Images)

Similar,but needs work on his form.Has to be done in one single motion & eyes should never leave the camera. But not bad for his 1st time https://t.co/s49JtyRo3S