Trump cited the $26 billion increases in Defense Department spending as the major factor behind his decision, but he also vowed to “never sign another bill like this again.”

“For the last eight years, deep defense cuts have undermined our national security,” POTUS said in a statement from the White House. “My highest duty is to keep America safe. Nothing more important.”

“But I say to Congress, I will never sign another bill like this again. I’m not going to do it again. Nobody read it. It’s only hours old.” 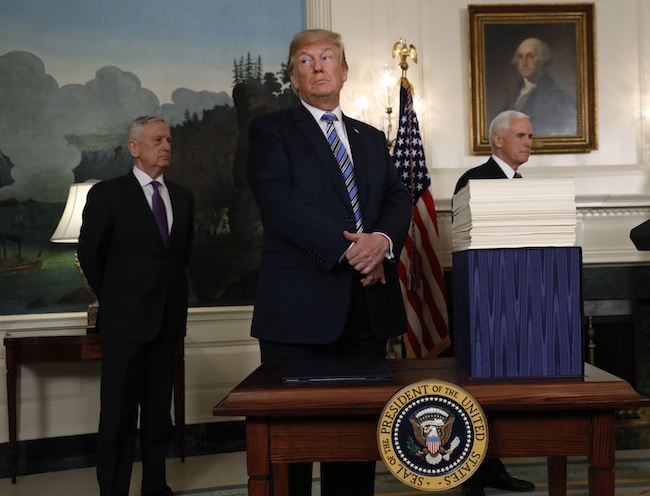 President Donald Trump speaks with Vice President Mike Pence and Defense Secretary Jim Mattis at his side during an event to sign Congress’ $1.3 trillion spending bill in the Diplomatic Room of the White House in Washington, March 23, 2018. REUTERS/Kevin Lamarque

Trump went on to call for the abolition of the filibuster rule in the Senate, which he blamed for the last-minute affirmative votes that sent the bill to his desk.