Congressman Trey Gowdy reminded everyone Wednesday that the Speaker of the House does not need to actually be a sitting congressman.

The Constitution dictates “the House of Representatives shall chuse their Speaker and other Officers,” but it does not stipulate that you have to be a sitting member of Congress to run for the leadership position. Gowdy conveniently pointed that out at the end of his statement on Speaker Paul Ryan’s decision not to seek re-election at the end of his term.

After calling Ryan the “smartest kid in the class” and wishing him his wife and their three children “all the best,” the South Carolina Republican addressed “those within Congress who always seemed to have a better idea or a smarter strategy, now is your chance to run for Speaker.” (RELATED: Paul Ryan Probably Never Knew How Many Of His Colleagues Loved Him Until Now) 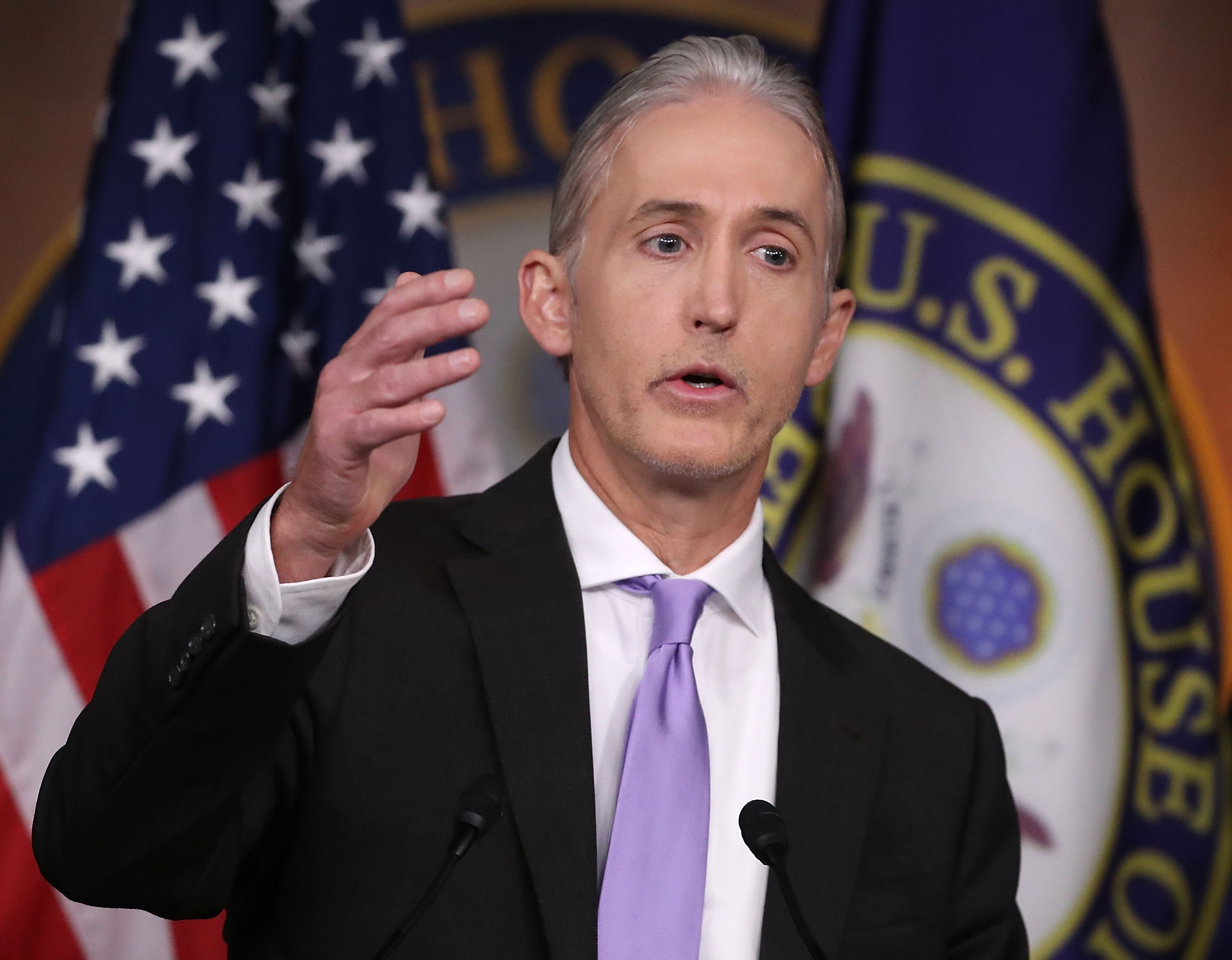 WASHINGTON, DC – JUNE 28: House Benghazi Committee Chairman, Trey Gowdy (R-SC), participates in a news conference with fellow Committee Republicans after the release of the Committee’s Benghazi report on Capitol Hill June 28, 2016 in Washington, DC. U.S. Ambassador Chris Stevens and three others were killed during an attack on a U.S. outpost and CIA annex in Libya on September 11, 2012. (Photo by Mark Wilson/Getty Images)

“To those outside of Congress who always seemed to have a better idea or a smarter strategy,” he added. “You do not have to be a member of the House to be Speaker of the House and hence, now is your chance to run for Speaker.”

Like Ryan, Gowdy recently announced he will not run again at the conclusion of his term.

When asked for comment on the possibility he becomes the first non-sitting member to become the Speaker of the House in U.S. history, a spokeswoman for his office responded simply “not a chance.”