Google was set to rent out its D.C. headquarters to a progressive group running a fundraiser for top Senate Democrats, but canceled it Friday just days before.

The group “Run For Something” cultivates up-and-coming Democrats for all levels of government. Its event, “Party For Something,” was supposed to occur June 6 at a location only disclosed if tickets ($100 to $1,000) were purchased. 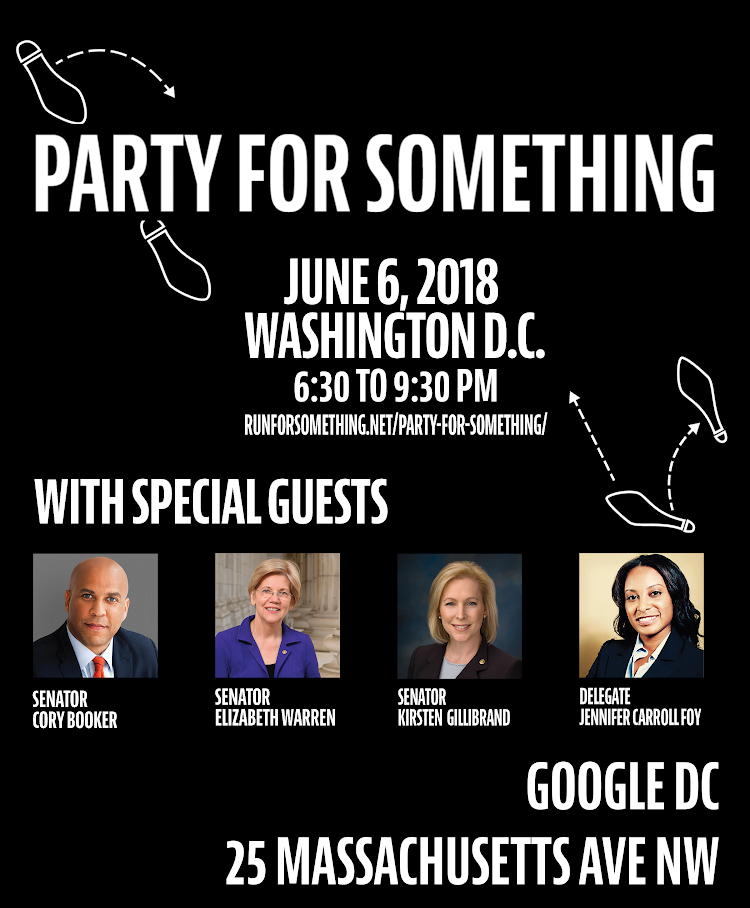 [Screenshot of a notice once a ticket purchased, showing the location]

“Important note! Confirmation of the date, time, and venue will be in your donation receipt,” reads the website, which also says “Location available upon RSVP” elsewhere. “No need to print anything; just check in with ID when you arrive.”

The venue likely shows up as something different now since Google confirmed to The Daily Caller News Foundation that the event was occurring at its offices in the nation’s capital, and subsequently that it was canceled since leadership had allegedly just become aware.

“June 6th: Games, drinks and building the bench with Senators Elizabeth Warren, Kirsten Gillibrand & Cory Booker!!” the invite states at the top. “Why? Because Run For Something set a goal of recruiting 50,000 new voices this year to run for office — and you want to help make it happen.”

Google representatives declined to comment on the record about the situation, and if TheDCNF’s inquiry brought it to their attention or was the ultimate reason for the cancellation. Google, like many other large, deep-pocketed companies, often rents out its spaces for events, even those political. The tech giant itself has hosted gatherings that cater to or are organized by conservatives and Republicans, but there is little to no evidence of past fundraisers.

Run For Something, and the offices of Booker, Gillibrand and Warren did not respond to TheDCNF’s request for comment in time of publication.