Harwood said on MSNBC’s “AM Joy” that he does not think the president is well and is “concerned about the president’s state of mind.”

Of course, Harwood is the same reporter who recently insisted on defending the humanity of violent gang MS-13 after Trump referred to them as “animals.”

“However repugnant their actions, MS-13 gang members are human beings IMHO,” he tweeted. 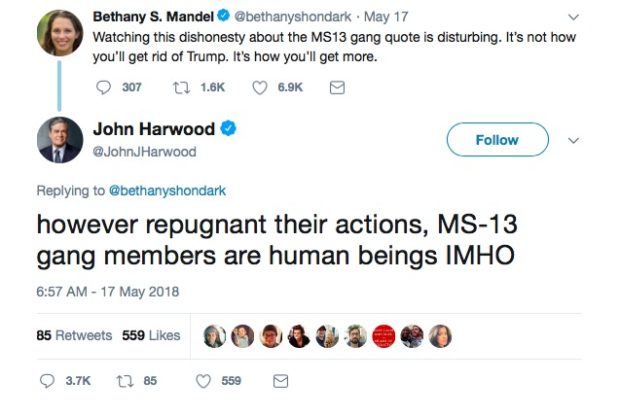 Harwood opted to send out another hot take on the Clinton family after former President Bill Clinton struggled in an interview to take responsibility for his role in the Monica Lewinsky affair. (RELATED: Bill Clinton Gets Heated Under Questioning About Monica Lewinsky)

Instead of condemning Clinton for trying to play the victim in the scandal, Harwood claimed that Clinton was right to have “suspicion/anger/bitterness toward the media.” 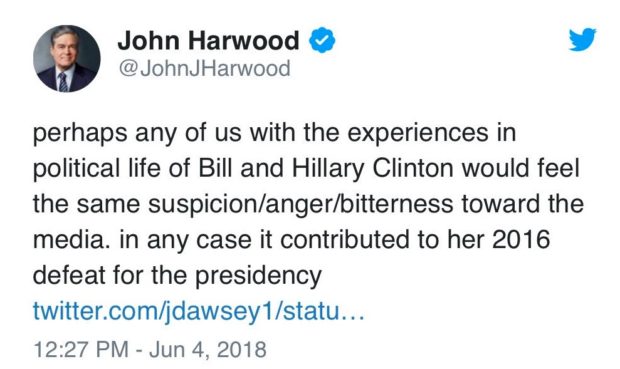 Nonetheless, host Joy Reid and co-panelist Malcolm Nance agreed with Harwood’s assertion that the president is not well.

“Very little of what he was saying made a lot of sense,” Joy Reid confirmed.

“Well John has hit the nail on the head,” Malcom Nance said. “I think he came off like an idiot today. I was almost shocked at the way that he spoke.”