Five-hundred and seventy-five female protestors are being arrested in the Hart Senate office building in Washington, D.C., on Thursday, The Daily Caller News Foundation has confirmed.

Over 600 women descended upon the Senate office building to protest the Trump administration’s family separation policy and the Immigration and Customs Enforcement (ICE) agency.

630 women in foil blankets are being arrested in Hart Office building now as they chant “Abolish ICE” and demand an end to family detention. #WOMENDISOBEY pic.twitter.com/k3J1lmqIPA 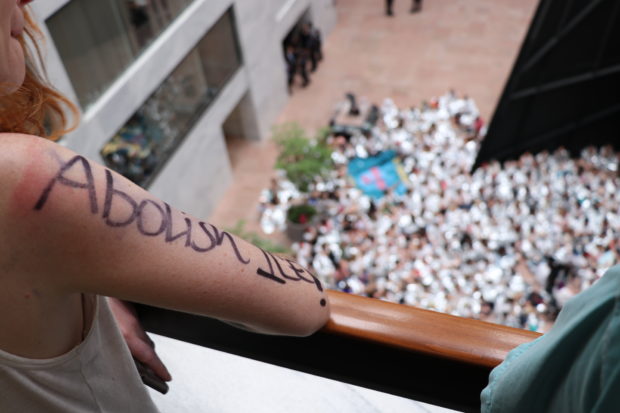 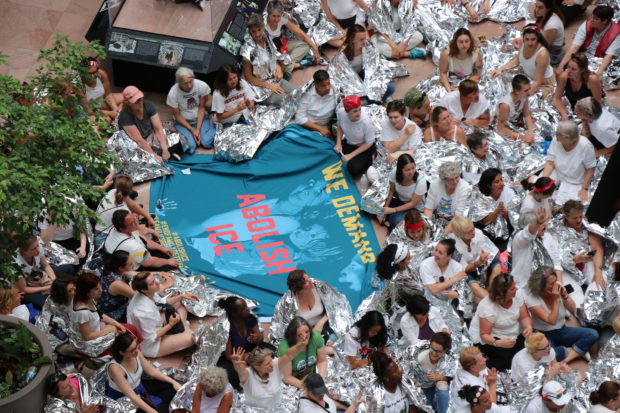 The Trump administration announced June 18 that it would continue to separate children from their parents who immigrated to the U.S. illegally.

Under former President Barack Obama, immigrant children were put into separate holding facilities from their parents. The parents would then receive a court order to appear before a judge at a later date, but, without a real incentive to show up for the hearing, many parents fled with their children into other parts of the U.S.

The Trump administration has made it a point to prosecute adults who illegally immigrate, but, due to a 9th Circuit ruling, the government cannot hold an immigrant family for over 20 days. During that time, the government either has to separate a child from his or her parents while they are put under legal proceedings, or give the parents a later court date and hope they appear before an immigration judge at that time. (RELATED: US Should Separate Children From Illegals)

Still, the administration’s public announcement, along with widespread media coverage of children being forcibly removed from their parents, caused a great deal of outcry from the public.

President Donald Trump, who wanted Congress to act quickly to solve the issue, responded June 20 to calls for him to address the separation policy. Trump signed an executive order to start detaining families who immigrated illegally together while they undergo prosecution. (RELATED: Trump Executive Action To Stop Family Separation)

House lawmakers failed to address either the family separation policy or other immigration reforms over the past two weeks, shooting down proposals from conservatives and GOP leadership.