There has been a weeklong firestorm over President Trump and Russian President Vladimir Putin’s summit in Helsinki Finland Monday.

President Donald Trump was forced to clarify his stance on Russian meddling and U.S. intelligence reports after sending mixed messages over his stance on the issue during the press conference.

Trump has now clarified his stance several times on the issue after the scrutiny that followed confusion over his comments, affirming that he does believe intelligence findings on Russian interference during the 2016 election.

How will the rough week affect Trump and the GOP in the up coming  midterm elections? Gallup polling asked 1,000-plus Americans what they believe is the greatest threat to America.

According to the report, “The 22 percent of Americans in July who say immigration is the top problem is up from 14 percent in June and is the highest percentage naming that issue in Gallup’s history of asking the “most important problem” question.”

The midterm congressional elections are now less than four months away, and the growing prevalence of immigration in Republicans’ perceptions of the most important problem facing the nation could make it a fruitful theme for GOP candidates working to retain their party’s House and Senate advantages.

The poll asked about over forty different issues that could affect the country. The number of respondents who said that the “situation with Russia” was the biggest issue facing the country was “literally too small to represent with a number,” according to reporters. 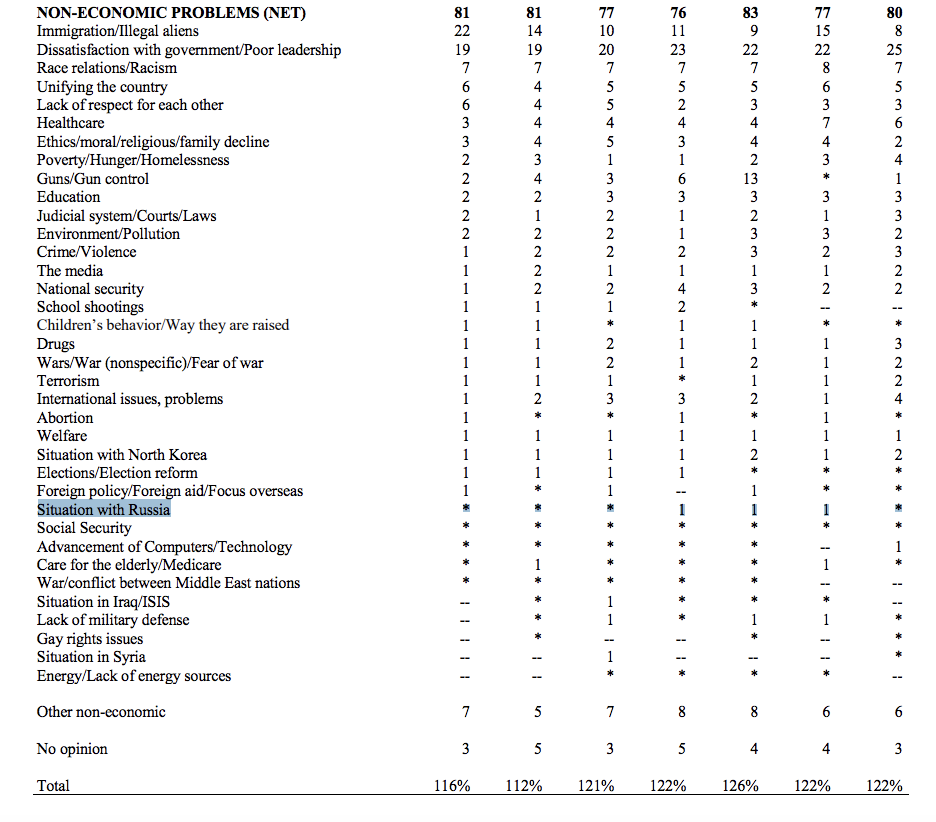 So some good news for Trump, even in a week like this.