Bette Midler and a number of other celebrities became unhinged Monday after President Donald Trump warned Iran President Hassan Rouhani not to threaten the U.S.

“I DEMAND THAT TWITTER TAKE THIS INCITEMENT YO VIOLENCE DOWN IMMEDIATELY!!!,” the 72-year-old actress and singer tweeted to her millions of followers. The comment came in response to Trump tweeting the following:

“To Iranian President Rouhani: NEVER, EVER THREATEN THE UNITED STATES AGAIN OR YOU WILL SUFFER CONSEQUENCES THE LIKES OF WHICH FEW THROUGHOUT HISTORY HAVE EVER SUFFERED BEFORE. WE ARE NO LONGER A COUNTRY THAT WILL STAND FOR YOUR DEMENTED WORDS OF VIOLENCE & DEATH. BE CAUTIOUS,” the president’s tweet read. 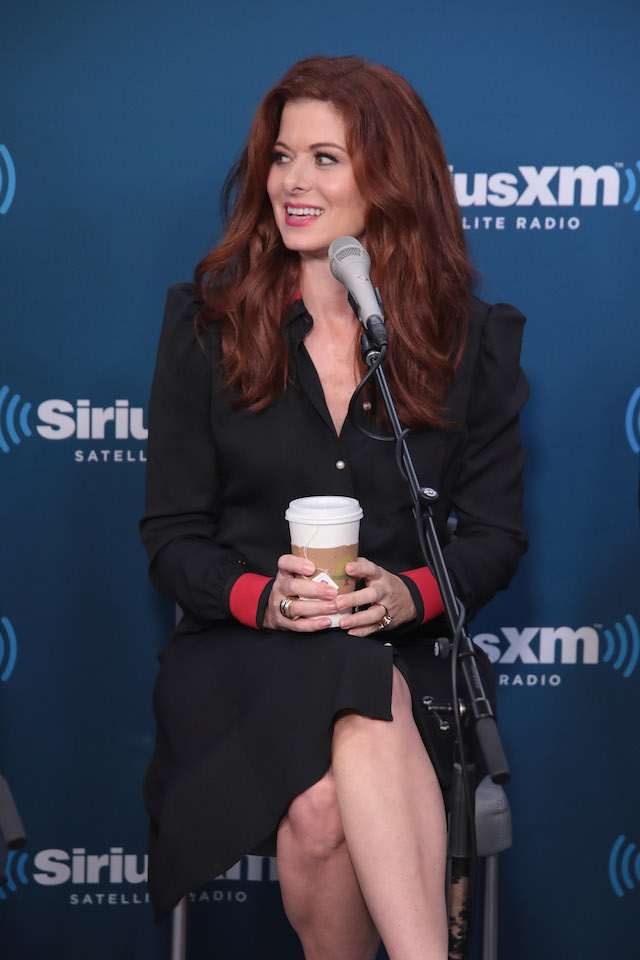 Actress Debra Messing takes part in SiriusXM’s “Town Hall” with the cast of “Will & Grace” hosted by Andy Cohen (C) on September 25, 2017 in New York City. (Photo by Cindy Ord/Getty Images for SiriusXM)

I DEMAND THAT TWITTER TAKE THIS INCITEMENT YO VIOLENCE DOWN IMMEDIATELY!!! https://t.co/pfTwZrMpZ8

To Asswipe Potus – SOON U WILL SUFFER CONSEQUENCES THE LIKES OF WHICH FEW THROUGHOUT HISTORY HAVE EVER SUFFERED – JUST A COUPLE OF DICKS LIKE U AND NIXON – WE R NO LONGER A COUNTRY THAT WILL STAND FOR UR DEMENTED INDECENCY. BE AFRAID – BE VERY AFRAID. U R LOATHED TRUMP – GO AWAY pic.twitter.com/5k6GduT3vn

Other Hollywood personalities took to their social media accounts after White House Press Secretary Sarah Sanders announced that Trump was not only “looking to take away [John] Brennan’s security clearance, he is also looking into the clearances of [James] Comey, [James] Clapper, [Michael] Hayden, [Susan] Rice and [Andrew] McCabe.”

We’ve just taken another big step towards Autocracy. An illegitimate President just threatened to remove security clearances from John Brennan, James Clapper & Michael Hayden for being patriots who are critical of a POTUS hell bent on destroying Democracy. Save the US. VOTE!!!