Despite being a time-honored tradition going back many years, the DNC is refusing to play the RNC at this year’s annual softball game.

RNC sources tell The Daily Caller that they were “stunned” when Democrats abruptly pulled out of the good-natured game between leadership and staffers at opposing political organizations.

The game was an opportunity to put aside the partisan bickering and come together in friendly competition. The decade-old tradition typically ended in staffers having a drink at a nearby bar.

RNC sources familiar with the decision said the DNC told them that “all our players are out in the field this year. We won’t be able to play.”

In the past, good-natured bets would be made between RNC and DNC leadership. In 2014, Sean Spicer and former DNC spox Mo Elleithee made a bet that Mo would shave his head if the DNC lost and Sean would swap Twitter avitars to the DNC logo if the RNC lost. 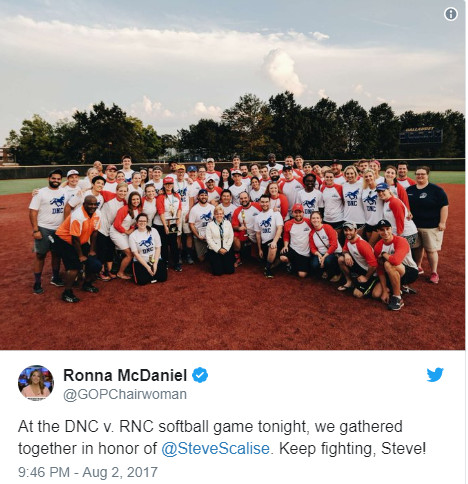 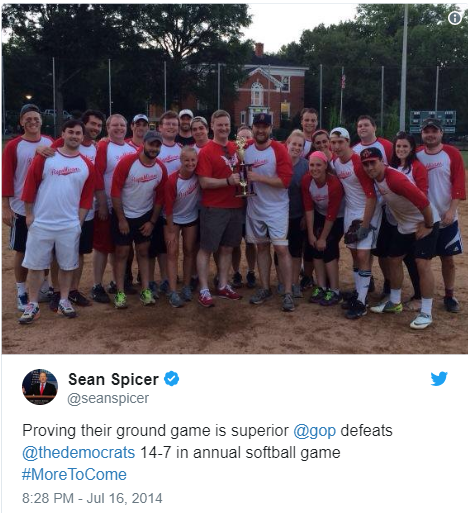 After the game last year, both teams posed for a team photo where Chairwoman McDaniel and Chairman Perez stood next to each other in solidarity with Rep. Scalise, who was horrifically wounded during the shooting of a congressional Republican baseball practice by a Bernie Sanders supporter.

The Daily Caller reached out to the DNC for comment, but they did not reply in time for publication.