Students continue to struggle mightily to repay their student debt amid a booming economy, according to a report released Tuesday by the New York Fed.

Outstanding student loan debt stood at $1.41 trillion at the end of June, making it the second largest category of household debt behind mortgages. Americans collectively hold more student debt than they hold in credit card and auto loan debts, according to the report. 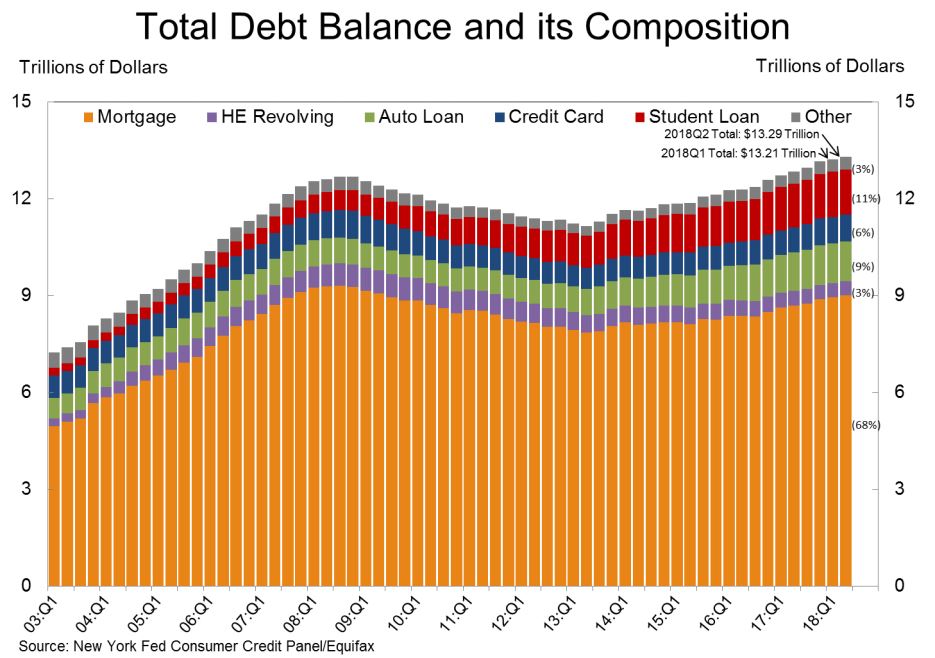 More concerning is the troubling rate at which student loan borrowers are entering default. Nearly 11 percent of all student debt was either 90 days delinquent or in default at the end of June, making it the 24th consecutive quarter the New York Fed has recorded a student loan delinquency rate above 10 percent.

Mortgage default rates, in comparison, have dropped dramatically since the subprime mortgage crisis that contributed heavily to the 2008 recession. At its peak, 8.9 percent of all outstanding mortgages were in delinquency in the first quarter of 2010 and steadily dropped down to the 1.1 percent delinquency rate as of the end of June. 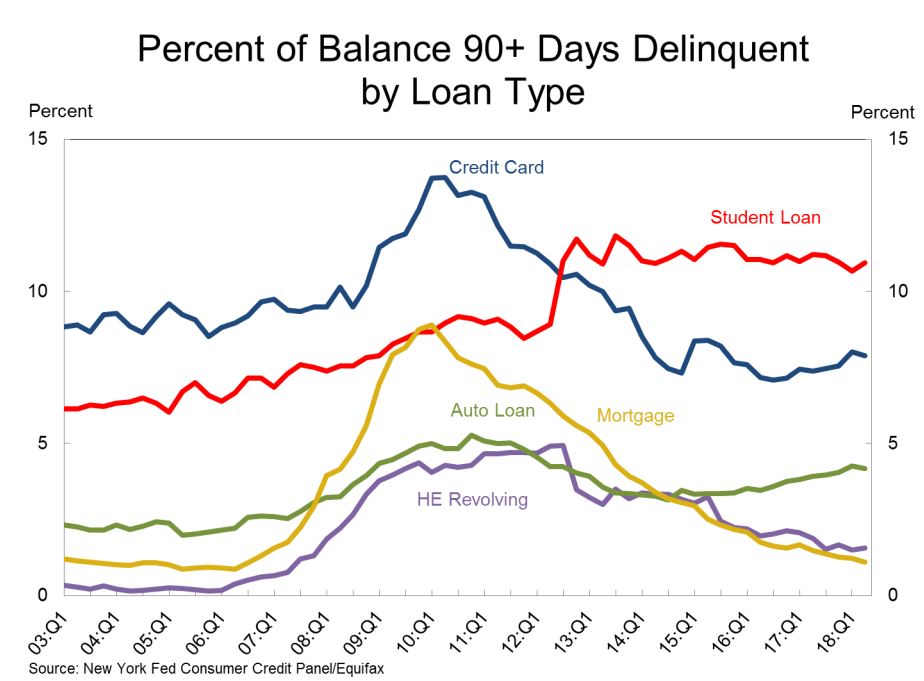 Students’ struggles to pay off their student loans can be attributed in part to the fact that the federal government does not run a credit check for most student loan programs, nor is a cosigner required. Rather, the loans are backed by nothing more than the borrower’s future earnings with a college degree, but the kind of degree a borrower chooses to pursue isn’t a consideration in the loan process.

And not all degrees are created equal. Many college graduates entering the workforce with a liberal arts and humanities degree, for example, find themselves in a job market with less opportunity, according to the New York Fed.

Despite this, the federal government invests heavily in students pursuing risky college degrees. The Department of Education loaned $25 billion in 2016 alone to students who chose degrees under the umbrella of the liberal arts and humanities. (RELATED: Students Pursuing Risky Degrees Draw More Than $25 Billion In Yearly Federal Loans)

Students who majored in the liberal arts and humanities are more likely than any other field to default their student loans by age 33, according to the New York Fed.