An unknown person located in the House of Representatives on Thursday posted the personal information of Republican Sens. Lindsey Graham of South Carolina, as well as Mike Lee and Orrin Hatch of Utah.

All three senators sit on the Senate Judiciary Committee, and their personal information was posted shortly after each questioned Supreme Court nominee Brett Kavanaugh during Thursday’s hearing.

“They appear to be targeting Republican members of the committee after they question Judge Kavanaugh,” a Hatch spokesman told The Daily Caller News Foundation.

The staffer noted the change revealed Hatch’s home address and that Thursday was the senator’s wife’s birthday.

The changes were immediately highlighted by a watchdog account that monitors Wikipedia changes made using IP addresses located in the House. 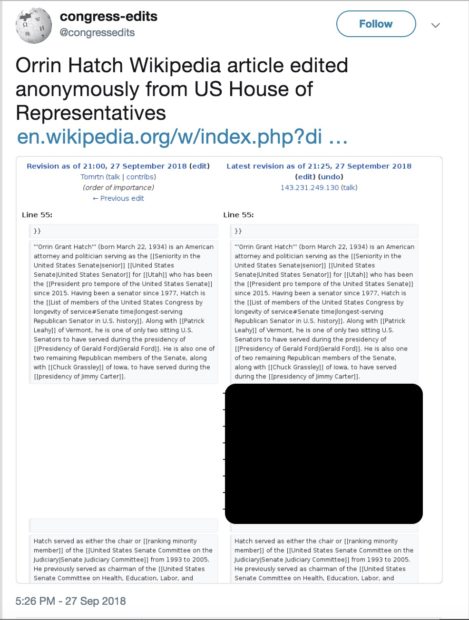 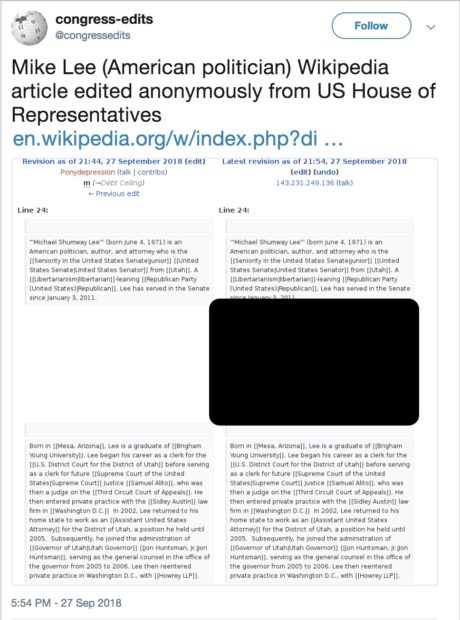 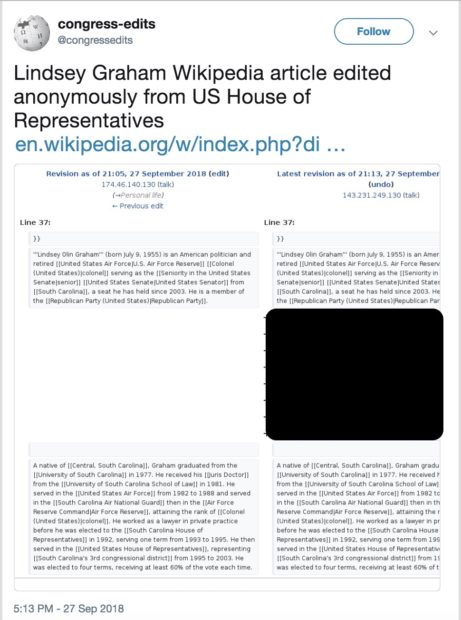 A Lee staffer confirmed the senator’s home address in Utah and personal cell phone number were posted to the public page.

A spokeswoman for Graham did not immediately return TheDCNF’s request for comment. The information posted on Wikipedia and Twitter matched with a listed personal address for Graham.

Wikipedia appears to have removed the changes.

Graham delivered a fiery criticism of Senate Democrats shortly before his personal information was posted, a technique known as “doxxing.”

“What you want to do is destroy this guy’s life, hold this seat open, and hope you win in 2020,” Graham told Senate Judiciary Democrats.

“You’ve said that. Not me. You’ve got nothing to apologize for. When you see Sotomayor and Kagan, tell them that Lindsey said ‘hello’ because I voted for them. I would never do to them what you’ve done to this guy,” the senator said.

Other Republican Senate offices have already faced a deluge of threats meant to intimidate their votes on Kavanaugh.