Anti-Brett Kavanaugh protesters flooded Capitol Hill for weeks before his eventual confirmation to the Supreme Court, walking hallways in protest, holding loud demonstrations and confronting senators in their office buildings.

One such protester named Alethea Torrellas Shapiro had been attempting to harass senators on the Hill for days and regularly used her school-aged children to do so.

I’m At the back of scotus waiting for Kavanaugh with my kids and a bunch of other protesters does anyone know if he’s inside yet? #kavanaughnotwelcomehere pic.twitter.com/XTTiKbouZ8

Shapiro is an activist who calls extremist feminist activist Linda Sarsour her hero and regularly goes on profanity-laced tirades against GOP senators like Chuck Grassley.

After Kavanaugh’s confirmation, Shapiro wrote a public post on Facebook describing how she intended to use her four young children to shame “these horrible atrocious men” in the Senate “now that they confirmed Kavanaugh.” She writes:

Tomorrow I plan on birddogging in the Senate hallways and basement with all 4 of my kids (my daughters are 12, 10 and my boys are 5, 3). I went these horrible atrocious men to see the faces of the future that they are ruining and to know the tremendous pain women and men are feeling now that they confirmed Kavanaugh. So if you have 1-2 lines for me to tell them, or a message what should I say??? I need help! I also want to address their Kavanaugh confirmation so what do I say…

One of the senators Shapiro approached was Sen. Bill Cassidy of Louisiana. Cassidy has made a name for himself shucking off protesters and throwing their arguments back at them. (RELATED: Anti-Kavanaugh Protester Confronts GOP Senator – He Pushes Back)

Shapiro caught Cassidy as he was walking at a brisk pace in a Senate office building. She asked, “Sen. Cassidy, can you please apologize to my children for ruining their futures?”

The senator turned to the kids, removed his earbuds and said, “Hey, guess what. … I know your parents are using you as tools.” 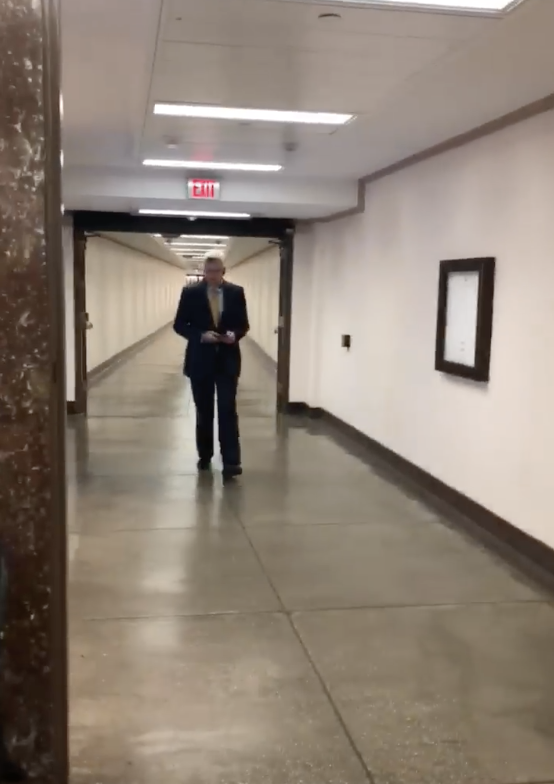 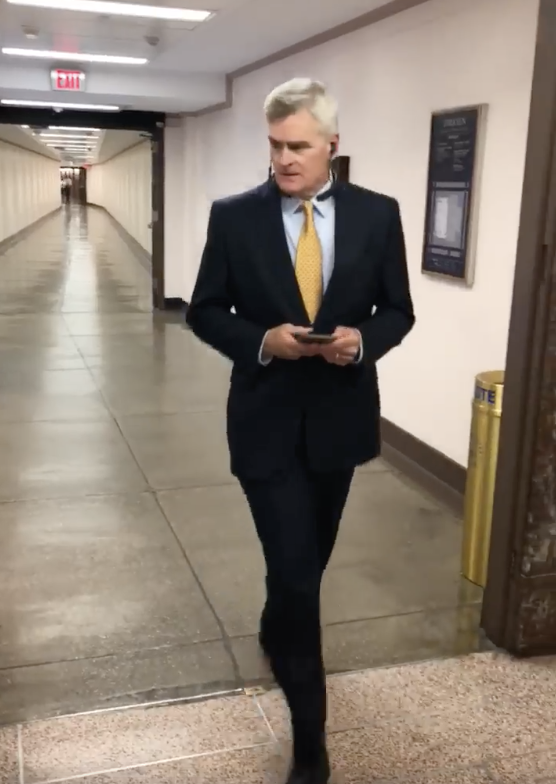 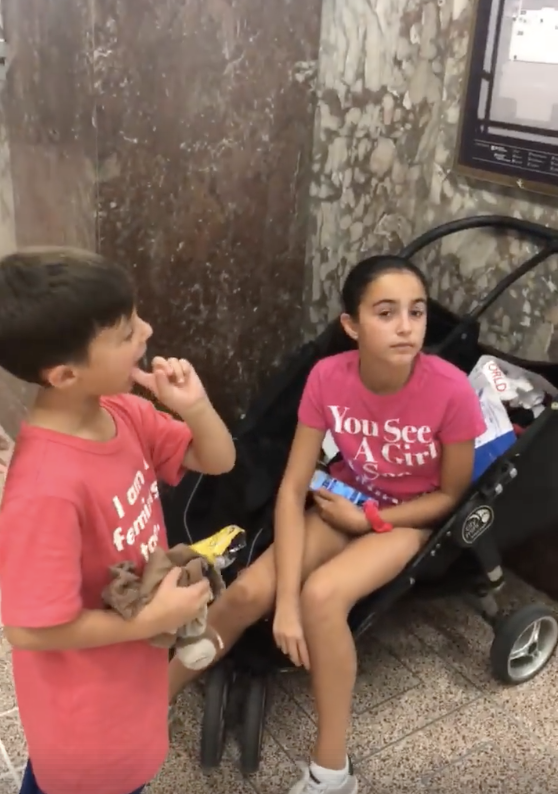 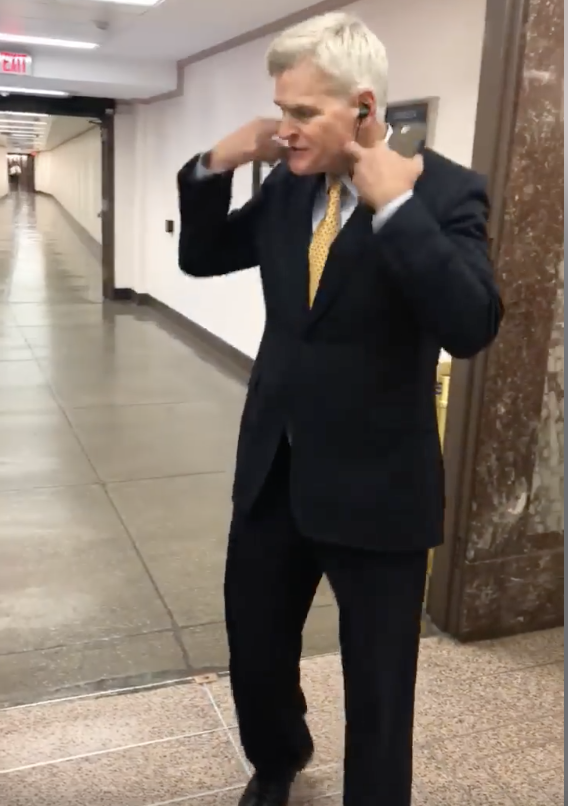 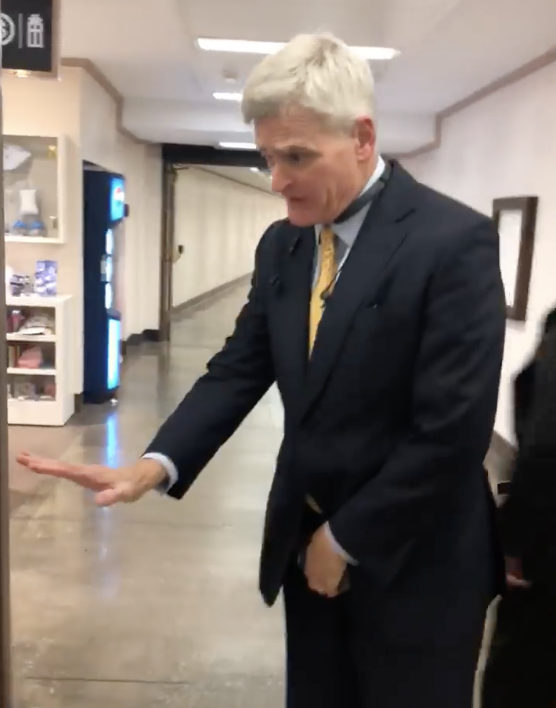 Cassidy concluded, “But in the future, if somebody makes an allegation against you, and there’s no proof for it, you will be OK. Thank you.”

He then walked away.

Shapiro could be heard yelling at Cassidy at the end of the video, saying, “Shame on you for not believing women and for ruining my daughters’ lives.”