A teacher who said President Donald Trump’s senior adviser Stephen Miller ate glue as a child is under review by the Santa Monica-Malibu Unified School District in California for disclosing information of the former student.

Nikki Fiske, 72, revealed accounts of having Miller, 33, in her class when he was 8-years-old to The Hollywood Reporter on Wednesday.

The school placed her on “home assignment,” which means Fiske is not at work but retains employment status, Santa Monica-Malibu Unified School District (SMMUSD) spokeswoman Gail Pinsker told The Daily Caller News Foundation. Pinsker emphasized that Fiske “is not suspended.”

Stephen Miller’s third-grade teacher: “He was a loner” and he ate glue https://t.co/nD97s9N50v pic.twitter.com/Gp3Uy9G0iJ

“He [Miller] was a strange dude,” Fiske said to The Hollywood Reporter. “I remember he would take a bottle of glue — we didn’t have glue sticks in those days — and he would pour the glue on his arm, let it dry, peel it off and then eat it.” (RELATED: Hollywood Reporter Publishes Negative Comments From Stephen Miller’s Third-Grade Teacher)

Fiske added that Miller was a “loner.”

The article recounting Miller’s alleged behavior as a third grader has received push back since its release.

“What kind of teacher goes to an entertainment newspaper with gossip about an 8-year-old boy?” Becket Adams wrote in The Washington Examiner Wednesday. “Hell, forget that she’s a teacher. What kind of human being does that?”

William Jacobson, a Cornell University professor and founder of the blog Legal Insurrection, said The Hollywood Reporter’s focus on a teacher “badmouthing” was meant to bring down Miller. 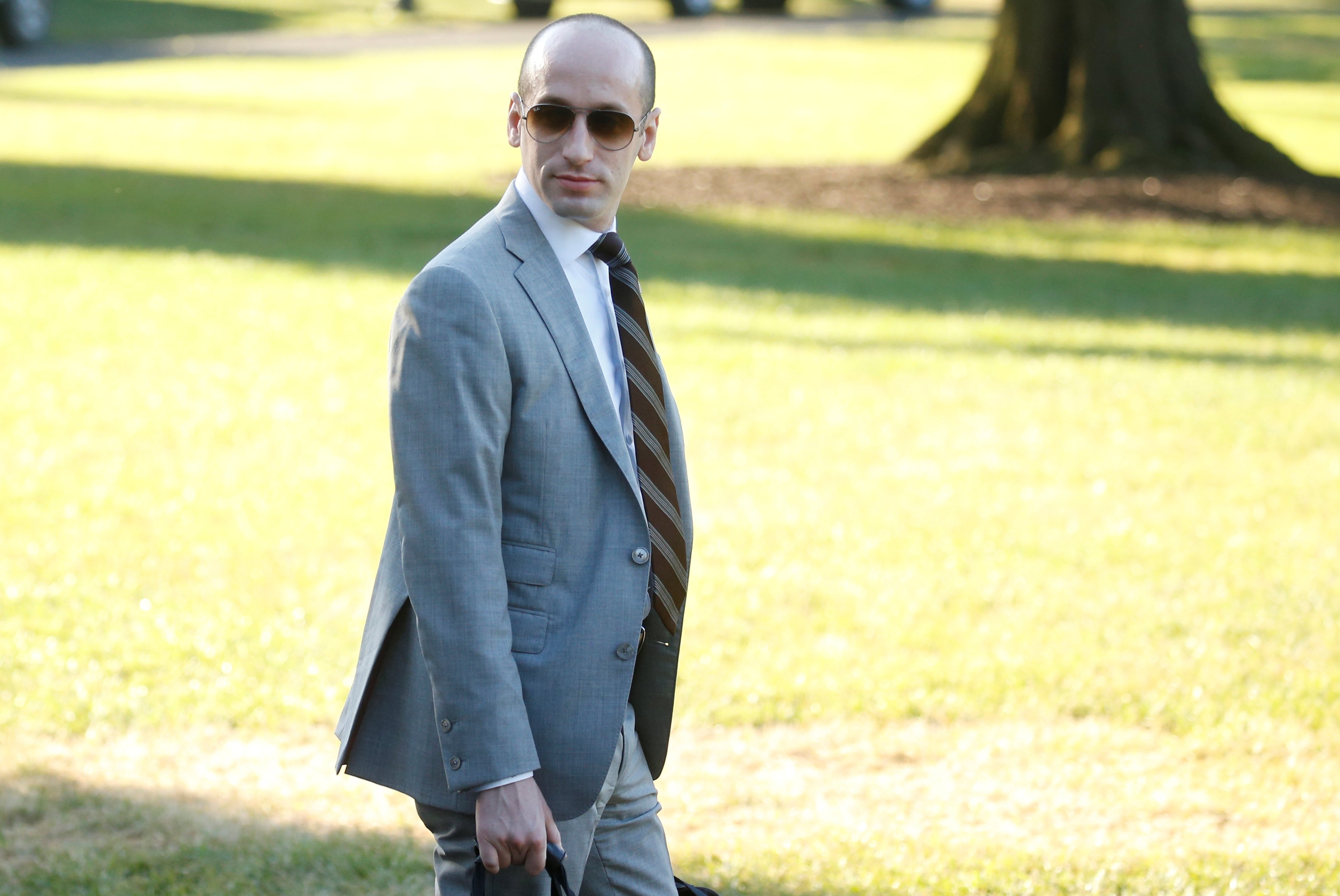 Pinsker said the district was concerned about Fiske’s “release of student information, including allegations that may not have complied with applicable laws and district policies,” The Los Angeles Times reported.

“The Santa Monica-Malibu Unified School District is looking into this matter and has placed Nikki Fiske on home assignment pending the completion of the review,” Pinsker told TheDCNF over the email.

Miller has supported cracking down on immigration-related issues, including suspending Chinese student visas, pushing for zero-tolerance policy to halt illegal immigration and lowering the number of refugees accepted into the U.S.

Fiske did not immediately respond to TheDCNF’s request for comment.