When Hurricane Michael slammed into the Florida Panhandle, Tyndall Air Force Base took a direct hit. Initial reports feared a worst-case scenario, but top Air Force officials now say those fears may have been overhyped.

After the storm, Air Force officials appeared confident that Michael would not adversely impact the nation’s security. “Our ability to do the nation’s business has not been significantly affected by this storm,” Air Force Chief of Staff General David Goldfein said during a press conference Sunday outside Tyndall AFB in Florida.

Goldfein’s reassurances were not previously guaranteed. “The flight line is devastated. Every building has severe damage. Many buildings are a complete loss,” the base previously posted on Facebook, according to ABC News. (RELATED: Thousands Feared Missing After Hurricane Michael Battered Multiple States, Death Toll Rises)

Beyond the base’s buildings, the most valuable hardware at Tyndall were the F-22 Raptor stealth fighters. The F-22 is the Air Force’s fifth generation fighter that made its combat debut bombing Islamic State targets in Syria in September 2014, according to USA Today. 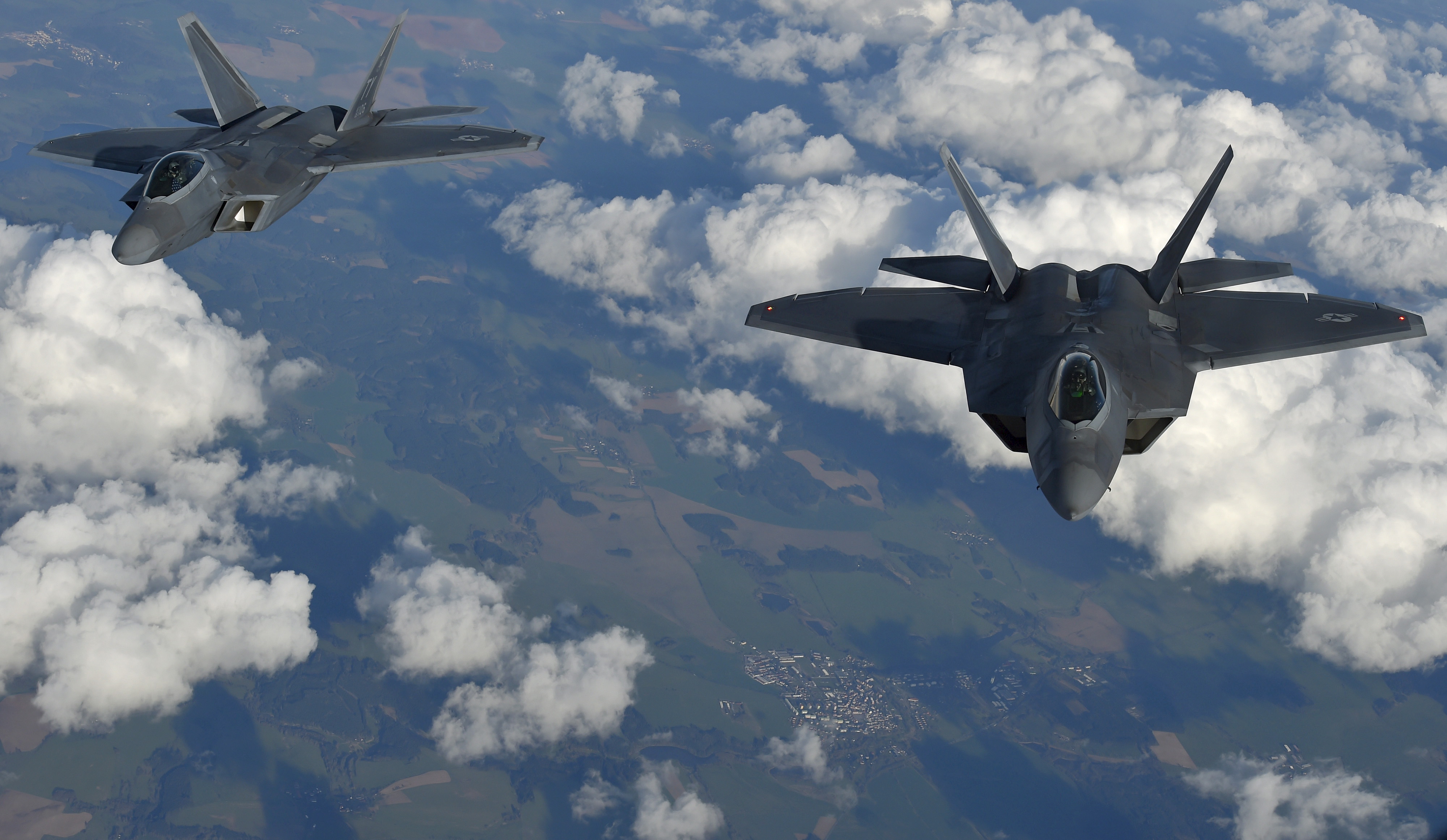 The U.S. possesses 187 of the $143 million jets, a price tag that raises to $350 million when research and development is included, according to the Washington Examiner. Fifty-five F-22s were stationed at Tyndall including the 24 combat equipped jets of the 95th Fighter Squadron and the 31 training jets of the 325th Fighter Wing’s 43rd Fighter Squadron.

The Air Force was able to evacuate 33 F-22s to Wright-Pataterson Air Force Base in Ohio before the storm hit on Oct. 10, according to The New York Times, but 22 were left behind because they were not deemed to be flight-worthy for either safety or maintenance reasons. Of the 22 irreplaceable jets left behind, reports indicate that up to 17 may be damaged or destroyed, or 9 percent of the total F-22 fleet.

Joining Goldfein Sunday was Air Force Secretary Heather Wilson who, after touring the base’s hangars, stated that, “Visually, they were all intact and looked much better than expected considering the surrounding damage to some structures,” but added that a detailed assessment would have to be carried out before they could take to the skies again.

“However, damage was less than we feared and preliminary indications are promising,” she said.