The U.S. Supreme Court temporarily stopped the scheduled deposition of Commerce Secretary Wilbur Ross in a legal challenge to the inclusion of a citizenship question on the 2020 census form.

The Monday night order was unsigned and the vote count was not disclosed, as is typical of matters of this nature.

The Supreme Court’s decision will only remain in effect until Oct. 29, by which point the Justice Department must ask the high court to make a final decision regarding Ross’ testimony.

A coalition of interest groups and Democratic state attorneys general sued the Trump administration at a Manhattan federal court in April after the Commerce Department added a citizenship question to the decennial census questionnaire — the U.S. Census Bureau is supervised by the Department of Commerce.

The Constitution requires a census once every decade for apportioning seats in the House of Representatives among the states.

The plaintiffs claim the citizenship question “will fatally undermine the accuracy of the population count,” to the extent that illegal aliens, non-residents, or minorities might avoid participating for fear of arrest or deportation. Federal reports suggest as many as 1.5 million minorities went uncounted in the 2010 census.

The states thus fear they will lose federal funding and congressional representation unless the citizenship question is removed from the survey. They further allege the policy violates “one man, one vote” standards, which require equal populations among legislative districts.

U.S. District Court Judge Jesse Furman allowed the plaintiffs to question Ross and John Gore, the acting head of the Justice Department’s civil rights division. Furman agreed that the deposition was necessary in view of Ross’ shifting explanations for his decision, among other factors. In a separate filing, the judge suggested Ross may have acted with discriminatory intent. 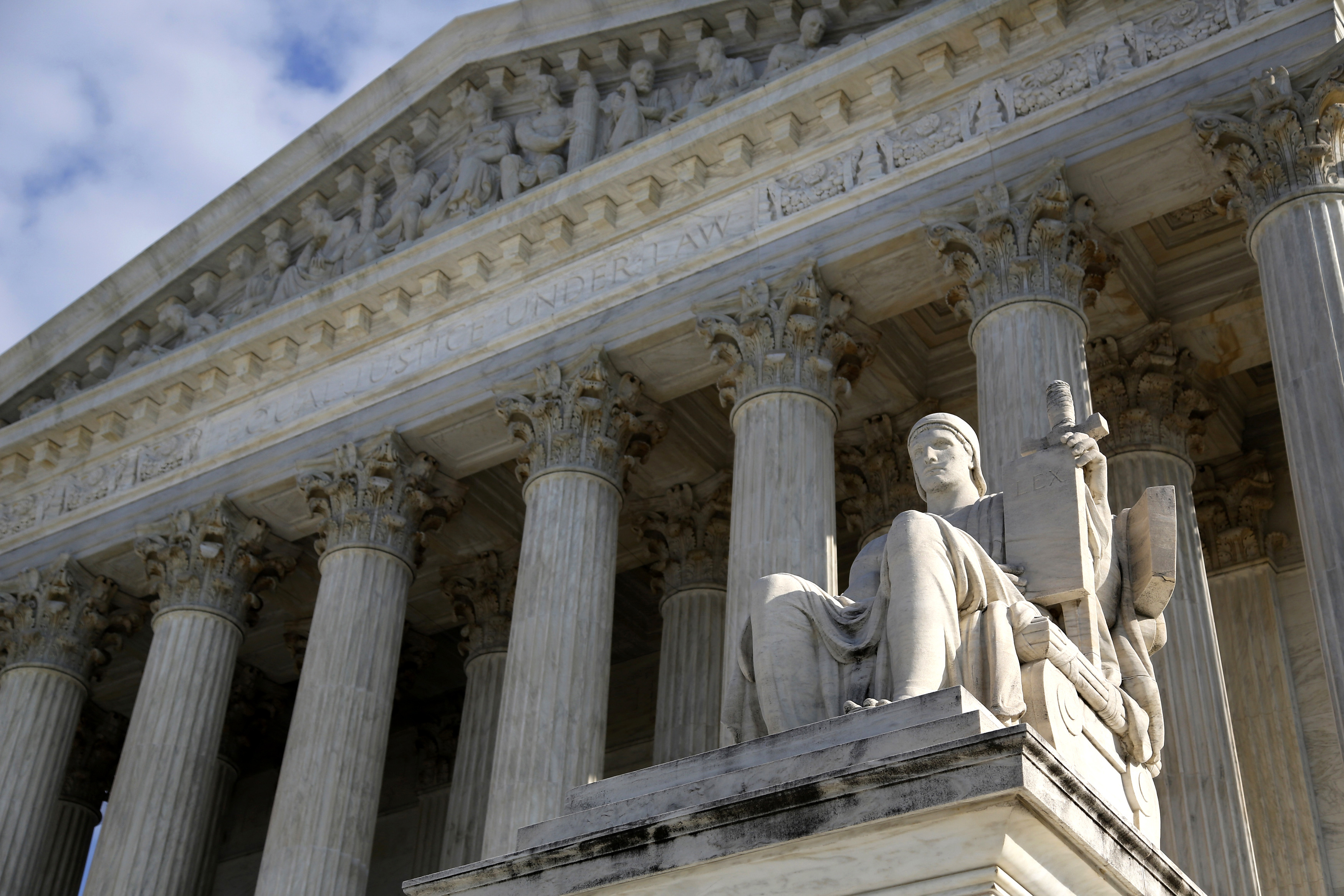 A general view of the U.S. Supreme Court in Washington. REUTERS/Jonathan Ernst

A trial in the case is currently scheduled for Nov. 5. (RELATED: The American Legion Is Asking The Supreme Court To Protect A Cross-Shaped War Memorial)

Monday night’s order does not stop Gore’s deposition, and allows plaintiffs to obtain documents relating to the citizenship question, called discovery, for the time being. However, the high court invited the government to ask for the cessation of further discovery and Gore’s testimony in the petition due Oct. 29.

Justice Neil Gorsuch wrote a short separate opinion Monday disagreeing on that point, arguing the high court should have stopped Gore’s testimony and the expanded discovery, given the “most unusual” burdens it imposes on the executive branch. Justice Clarence Thomas joined the Gorsuch opinion.

A spokesperson for New York Attorney General Barbara Underwood spun the decision as a partial victory, as it only disallowed the Ross deposition for the time being.

“We’ll get to the bottom of how the decision to demand citizenship status was made, as we continue our case to ensure a full and fair census. As we’ve argued, the Trump administration’s plan to demand citizenship status as part of the census is unlawful — and could cause a huge undercount that would threaten billions in federal funds and New York’s fair representation in Congress and the electoral college.”

Speaking at the Heritage Foundation on Oct. 15, Attorney General Jeff Sessions cast Furman’s decision as an example of a new form of judicial activism he styled “judicial encroachment.” The AG said the internal deliberations of federal officials are typically shielded from review in court.

“An increasing number of judges are ignoring these boundaries and view themselves as something akin to roving inspectors general for the entire executive branch,” Sessions warned.