CNN’s building in New York was evacuated during a live broadcast on Wednesday after fire alarms began blaring on set.

Poppy Harlow and Jim Sciutto were anchoring a broadcast when fire alarms went off and employees started evacuating the building. The anchors tried to continue the broadcast for about a minute before revealing to viewers that they needed to leave the set.

When CNN returned to a live broadcast after the evacuation, reporters in Washington, D.C., revealed that the Time Warner building was evacuated and that the New York Police Department is investigating a suspicious package on site. 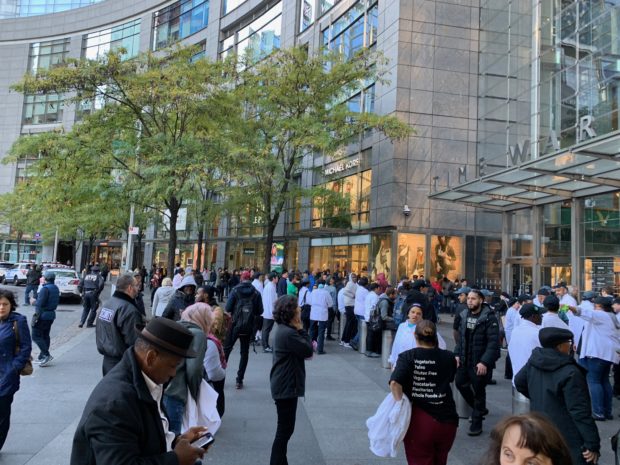 According to the NYPD, the package is similar to those mailed to the Clintons and the Obamas and intercepted on Wednesday. (RELATED: Potential Explosive Devices Sent To Clintons, Obama)

Left-wing billionaire George Soros was also sent an explosive device earlier this week, but he was not home at the time and police safely detonated the device.

The White House condemned the packages sent to Obama and the Clintons.

“We condemn the attempted violent attacks recently made against President Obama, President Clinton, Secretary Clinton, and other public figures,” White House press secretary Sarah Sanders said in a statement Wednesday morning. “These terrorizing acts are despicable, and anyone responsible will be held accountable to the fullest extent of the law. The United States Secret Service and other law enforcement agencies are investigating and will take all appropriate actions to protect anyone threatened by these cowards.”

According to three CNN sources, the suspicious package was addressed to former CIA Director John Brennan, who currently works as a contributor at MSNBC.