A former Catholic priest was sentenced to 20 years imprisonment in South Carolina after pleading guilty to raping middle school-aged boys 40 years ago.

Wayland Yoder Brown, 76, pleaded guilty to and was sentenced Tuesday for sexually abusing boys at a middle school in South Carolina. Brown reportedly raped his victims while wearing his priestly collar, forced them to pray the rosary with him afterward and threatened them with damnation if they reported what he had done to them. (RELATED: Virginia Launches State-Level Investigation Of The Catholic Church)

“He not only violated the trust of children, but violated their faith. He used the Catholic faith against them,” Solicitor Duffie Stone said after Brown pleaded guilty, according to Crux Now. 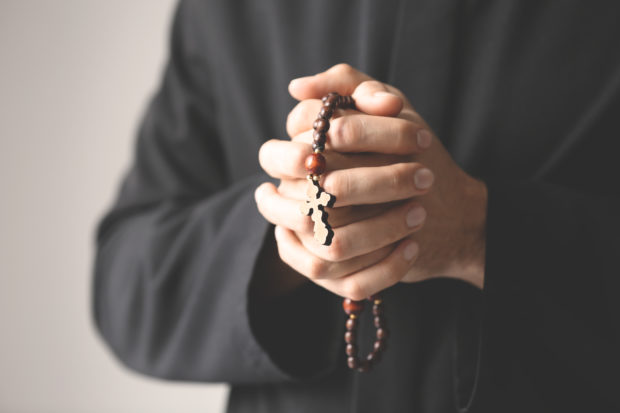 Brown had already served five years of a 10-year prison sentence in Maryland for molesting boys in the 1970s. The latest charges against Brown came as the result of a lawsuit that a victim filed against the Diocese of Savannah. The diocese settled the lawsuit, in which the victim claimed Brown raped him while he was a student at St. James Catholic School, for $4.5 million.

Authorities could not criminally prosecute Brown for the rapes he allegedly committed in Georgia, as they had passed the state’s statute of limitations, but investigators discovered that he had also raped the victim and other students from the school in South Carolina, where there is no statute of limitations on such a crime.

Authorities determined that Brown sexually assaulted the students in a church and in an abandoned train depot in Hardeeville, South Carolina.

South Carolina authorities charged brown with nine counts of sexual misconduct with children, for which he faced up to 210 years in jail. Brown took a plea deal, however, which lowered his sentence to 20 years in exchange for a guilty plea and his cooperation in telling authorities anything he knows about instances of abuse in the Diocese of Savannah and other places. While 20 years is a significantly lesser sentence, Stone said he would still likely die behind bars.

“I do not expect the defendant to live through that sentence,” Stone said. “I think it is appropriate he lives the rest of his life in the South Carolina Department of Corrections.”

Chris Templeton, one of the survivors from St. James Catholic School, said while he is not certain about what Brown knows concerning other instances of abuse, he urged others to come forward with any information they had. Templeton also demanded that if other clergymen knew of Brown’s abuses that they be brought to justice as well for doing nothing.

“Hold them just as responsible as the man who raped me,” he said.