Melania Trump said, “We can not tolerate those cowardly attacks,” after several suspicious packages were sent to the Obamas, Clintons and CNN Wednesday.

“I want to take a moment to talk about today’s news and the attempted attacks on President Clinton, President Obama, their families, public officials, individuals and organizations,” the first lady shared ahead of her planned remarks in the East Room of the White House about the opioid crisis in America and the administrations efforts to combat it.  (RELATED: Melania Trump’s Plane Turns Around After ‘Mechanical Issue,’ Smoke In Cabin) 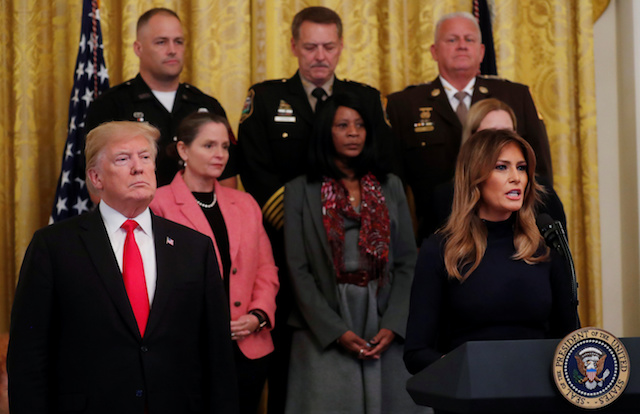 President Trump listens as first lady Melania Trump speaks about the apparent pipe bombs sent in packages addressed to Democratic political figures in New York, Washington and Florida during an event in the East Room of the White House on administration efforts to “combat the opioid crisis” in Washington, U.S., October 24, 2018. REUTERS/Leah Millis

“We can not tolerate those cowardly attacks, and I strongly condemn all who choose violence,” she added.

“We cannot tolerate these cowardly attacks and I strongly condemn all who choose violence,” first lady Melania Trump says after suspicious devices were sent to Clintons, Obamas, CNN and others https://t.co/ufPCwJhIL1 pic.twitter.com/IDR5g6Lcgd

Mrs. Trump also thanked the secret service and law enforcement for their response.

“I’m grateful to the secret service as well as the local and federal law enforcement for all they do on a daily basis to keep us safe,” FLOTUS explained. “And encourage people across the country to choose kindness over hatred.” 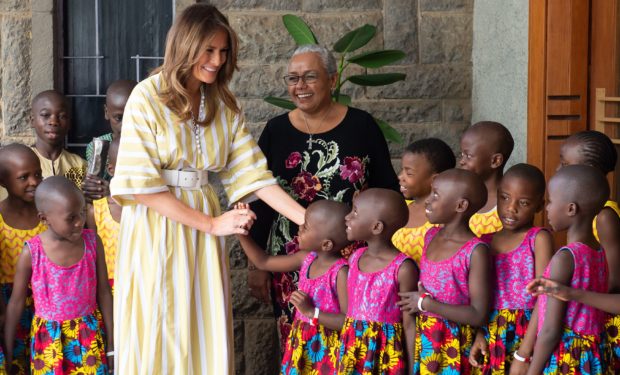 As previously reported, her comments came after “potential explosive devices” were sent to the homes of former President Barack Obama in Washington, D.C.; Bill and Hillary Clinton’s home in New York; and the Time Warner Building that serves as CNN’s New York City bureau.