A program developed to force open iPhones, GrayKey, has been rendered useless by Apple’s Sept. 17 iOS12 update, according to a Wednesday report from Forbes.

GreyKey developer GrayShift can no longer break the passwords of iPhone users running iOS12 and up, sources familiar with the program told Forbes. Technology experts and law enforcement officials told Forbes that Apple phones are secure from government intrusion and that it is currently unclear how they achieved this success. 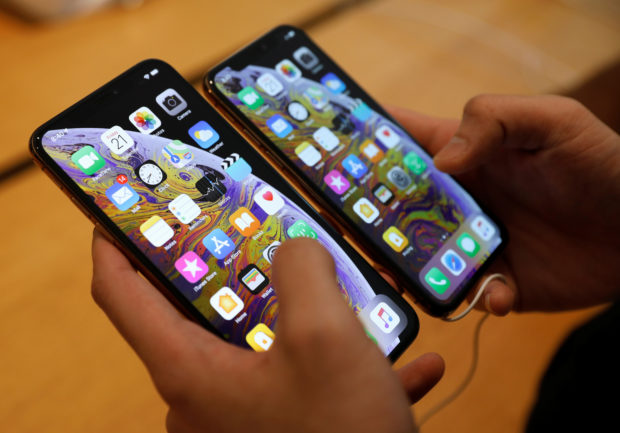 A customer compares the size of the new iPhone XS and iPhone XS Max at the Apple Store in Singapore September 21, 2018. REUTERS/Edgar Su

Captain John Sherwin of the Rochester Police Department in Minnesota told Forbes “that’s a fairly accurate assessment as to what we have experienced,” when asked if the iOS update successfully stopped GrayKey from cracking iPhone passwords.

Forbes has reported on the conflict between GrayKey and Apple since GrayShift was created by U.S. security contractors and an ex-Apple security engineer.

“Give it time and I am sure a ‘workaround’ will be developed … and then the cycle will repeat,”Sherwin told Forbes. “Someone is always building a better mousetrap, whether it’s Apple or someone trying to defeat device security.”

Tim Cook, Apple’s CEO, recently said in an interview with Vice News: “I see privacy as central to liberty.”

Apple did not respond to a request for comment.