Israeli military officials say the targets were spread across three Hamas compounds, according to The Associated Press.

It was not immediately clear if there were injuries or casualties on either side.

The attacks come a week after Hamas launched rockets into Beersheba, which hit a house in a residential area. In response to that attack, Israeli military officials decided to launch a counter-strike. (RELATED: Ceasefire Between Israel And Hamas Begins)

“We haven’t shown enough of a steel fist there. We’ve been mighty soft on the fence, and that softness invites an increase in attacks,” Education Minister and leader of the Jewish Home party Naftali Bennett said Oct. 16 in response to the missile attack on Beersheba, Bloomberg reported.

“I am trying to find a solution that will restore quiet and security, I am not interested in getting into needless wars,” Netanyahu said Oct. 16, according to Haaretz. 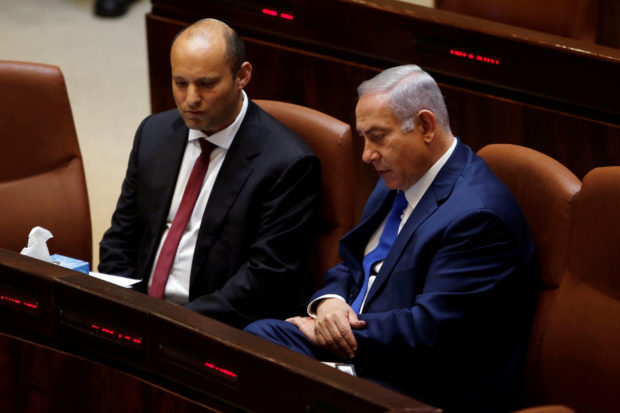 Israeli Prime Minister Benjamin Netanyahu sits next to Israeli Education Minister Naftali Bennett during a session of the plenum of the Knesset, the Israeli Parliament, in Jerusalem, March 12, 2018. REUTERS/Ronen Zvulun

Israel attempting to permanently reoccupy the territory would be “like putting your hand in a beehive,” Bennett said.

Officials from the United Nations and Egypt have been trying to help bring about a “long-term truce” between Israel and Hamas, The AP reported.