Xavier Becerra, the Democratic attorney general of California, said Friday that he hopes news coverage of the attempted pipe bomb attacks doesn’t distract from the “ticking time bomb” that is climate change.

“And while today’s news may be all about these pipe bombs that are threatening so many Americans, let us not ignore that there’s a ticking time bomb growing in America the longer we wait to tackle climate change,” Becerra stated during a press conference with Democratic California Gov. Jerry Brown. “We won’t let someone tell us not to act.”

The Friday conference pertained to the multi-state effort to force President Donald Trump to discontinue efforts to roll back emission standards for light trucks and cars. California, a liberal bastion, has served as the leader of Democratic states in opposing the rollback from the White House.

The California attorney general is suing the Trump administration over the matter.

“The pollution we’re all seeing, certainly here in LA we see it every day, that pollution if fueling the death and destruction,” Becerra said to the media in August. “We have lead from the very beginning, and we will lead again when it comes to protecting the national standards for cleaner cars.” 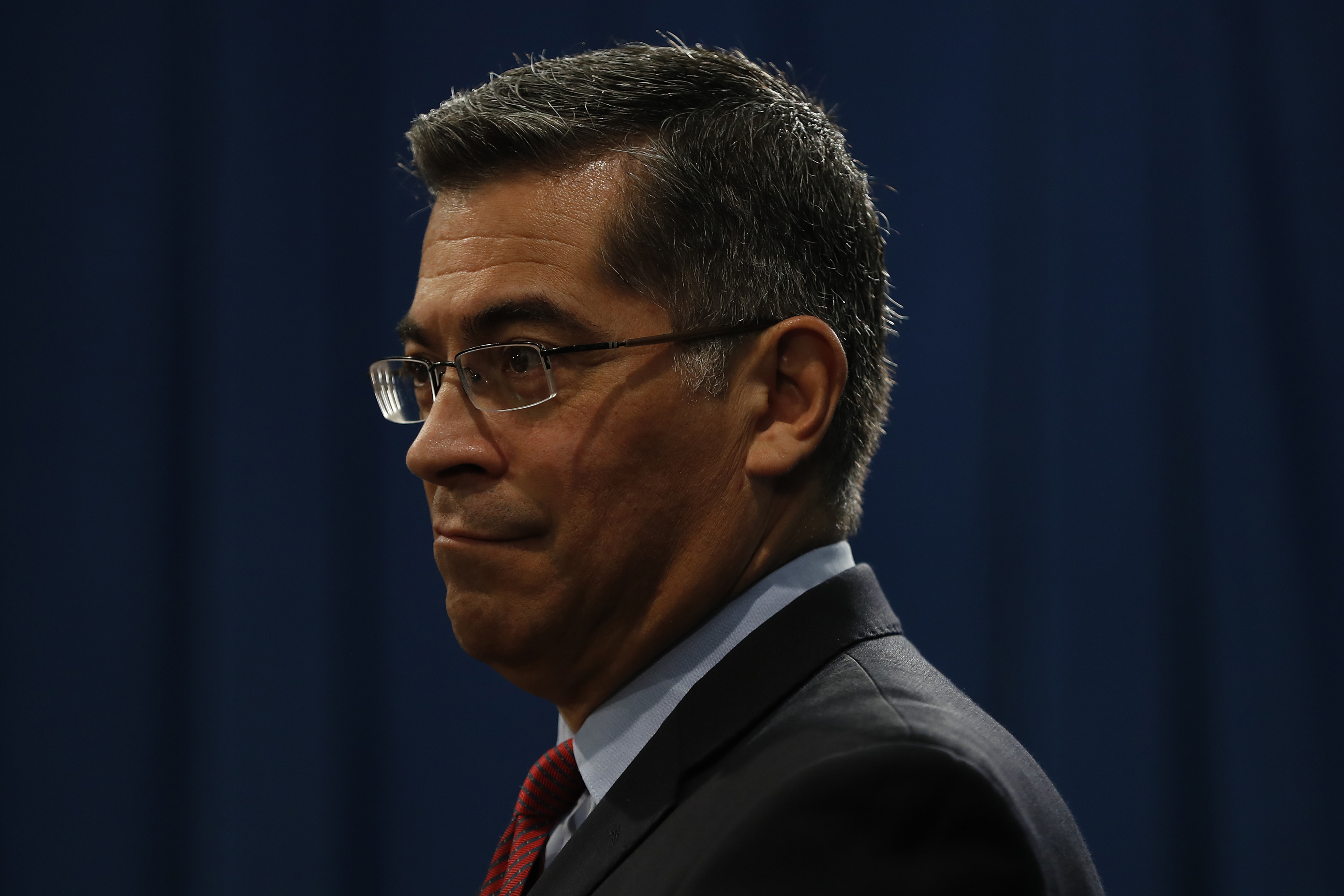 SACRAMENTO, CA – MARCH 07: California Attorney General Xavier Becerra reacts during a press conference at the California State Capitol on March 7, 2018 in Sacramento, California. The press conference came in response to an earlier by U.S. Attorney General Jeff Sessions at a nearby hotel and the Justice Department’s decision to sue the State of California over its controversial sanctuary policies for undocumented immigrants. (Photo by Stephen Lam/Getty Images)

Law enforcement on Friday identified the alleged man behind the attempted pipe bombings of numerous Democratic and liberal figures. Cesar Sayoc Jr., 56, was apprehended on suspicion of sending at least 12 suspected explosive devices to liberal public figures that have opposed Trump. (RELATED: California’s Lawsuits Against The Trump Administration Are Adding Up, $9M In Last Fiscal Year)

However, Becerra implored his audience on Friday to stay focused on the battle against climate change. While many members of the auto industry have welcomed the rescission of the Obama-era standards, the Democratic attorney general lauded General Motors for requesting the Trump administration to apply California’s zero emission vehicle program.