Caravan migrants heading to the U.S. have refused Mexico’s offer to receive refugee status that would provide schooling, jobs, medical care and shelter.

Thousands of migrants turned down Mexico’s President Enrique Pena Nieto’s program You Are In Your Home, The Associated Press reported Saturday. (RELATED: Another Huge Migrant Caravan Forms In Honduras With Aim Of Reaching US Border)

The program gives refugee status to those who apply and provide migrants access to shelter, medical attention, schooling and temporary employment opportunities to Central American migrants in the Chiapas and Oaxaca states, according to The AP.

Those of working age would clean, repair and maintain infrastructure in the two southern Mexican states, according to the program. Migrants can also obtain Mexico’s version of a social security number called CURP (Clave Unica de Registro Publico). This will allow the migrants to have legal proof of identity, enter and leave shelters and open bank accounts. 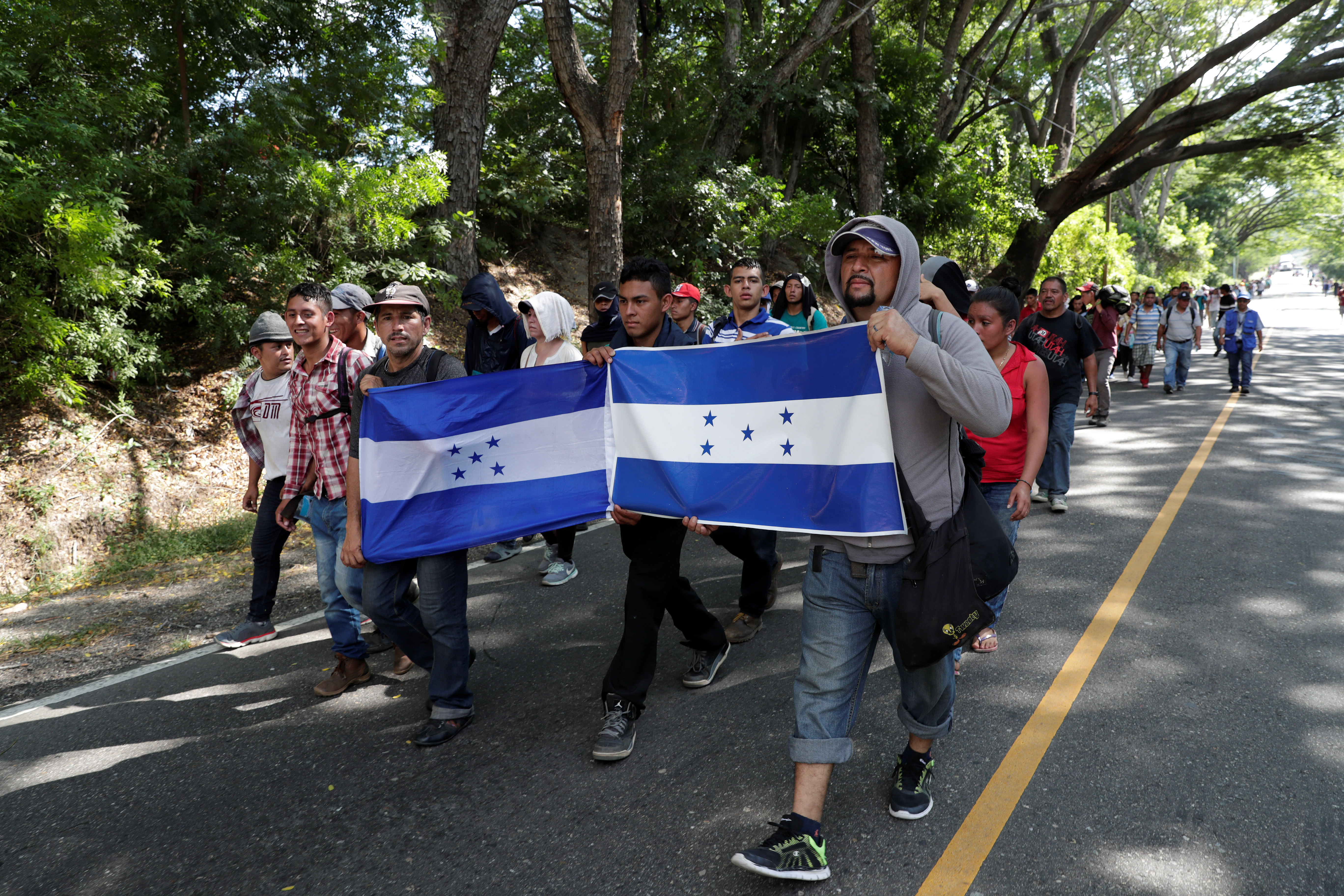 Honduran migrants, part of a second wave of migrants heading to the U.S., hold Honduran flags as they continue their journey to the Mexican border with other Central American migrants, in Chiquimula, Guatemala October 23, 2018. REUTERS/Luis Echeverria – RC1BF38FAB20

The program came in response to the “unprecedented flow of people from Central American countries who have entered [into Mexico] the last few days,” according to the program’s press statement.

“The government of the Republic reiterates that the unrestricted commitment to the human rights or migrants does not mean an endorsement to irregular, massive and undocumented entry into Mexican territory, on the contrary it makes a new call to those who wish to enter Mexico, to avoid risks unnecessary and subject to the procedures that Mexican law establish,” a Ministry of the Interior press statement said.

While over 1,700 migrants applied for refugee status, thousands of migrants turned down the offer because they wanted to keep going North, according to The AP.

The migrant caravan of mostly Honduran migrants are hoping to receive asylum once they enter into the U.S. This is the second large group of migrants attempting to cross over in America in 2018 with a similar movement that occurred in April.

The administration is considering to shut down the southern border due to national security risks.