A “Fox News Sunday” panel heated up when host Chris Wallace asked whether recent attacks might be tied to the overall tone of political rhetoric — particularly the rhetoric of President Donald Trump.

Wallace posed the question — prefacing it by saying that he was not trying to lay blame on the president — asking, “do you think it’s possible, it’s useful to say that these events happen in a particular climate?”

Wallace was referring specifically to the two major events that occurred in the last week — Cesar Sayoc was arrested for allegedly sending potentially explosive devices to a number of prominent Democrats, and Robert Bowers was arrested as a suspect in the shooting that took place at a Pittsburgh synagogue on Saturday morning.

The Wall Street Journal’s Jason Riley said, “I don’t think that’s helpful at all. Anymore than Bernie Sanders is responsible for the softball practice shooter. I don’t think that’s the proper way to look at these situations. These events happen because these people are deranged.” 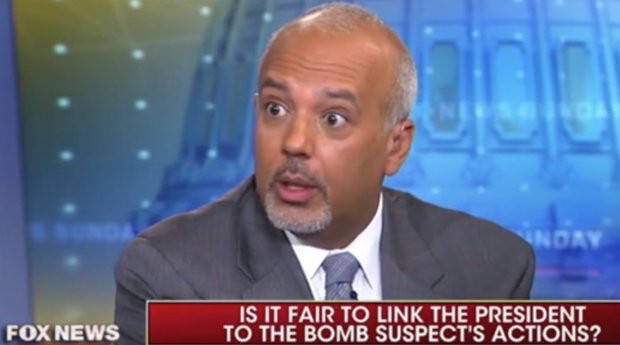 Former Utah Republican Rep. Jason Chaffetz interrupted Elleithee, saying, “Don’t … there’s nobody out there advocating that anybody take any violence.”

Elleithee fired back, “That’s not what I’m saying,” but Chaffetz kept pushing, “but you’re trying to ascribe it to some deaths. Some murders, acts of terrorism.” (RELATED: Sarah Sanders Fires Back At Washington Post For Tying Terror To Trump)

“We’re talking about the tone of our politics,” Elleithee argued.

Chaffetz fired back, saying, “No one party has cornered the market on crazy.”