CNN reporter Victor Blackwell asked Dermer during a Sunday interview if Trump bears any culpability for the rise of anti-Semitism in the U.S. after 11 people were shot dead at a Pittsburgh synagogue on Saturday.

“Let’s get you to wade into the conversation that’s been happening since this happened yesterday about the president and responsibility,” Blackwell said to Dermer. “Now the only person responsible here is the man who pulled the trigger … to what degree do you believe, as some of the president’s critics have said, that he is responsible for the environment that would have fed some of what we’re seeing?”

Dermer immediately praised the president for his remarks after the shooting and noted that members of Trump’s family are Jewish.

“I have to tell you, Victor, I’ve been following anti-Semitism all of my adult life. I have never heard a stronger statement than the statement the president of the United States made yesterday,” Dermer said. 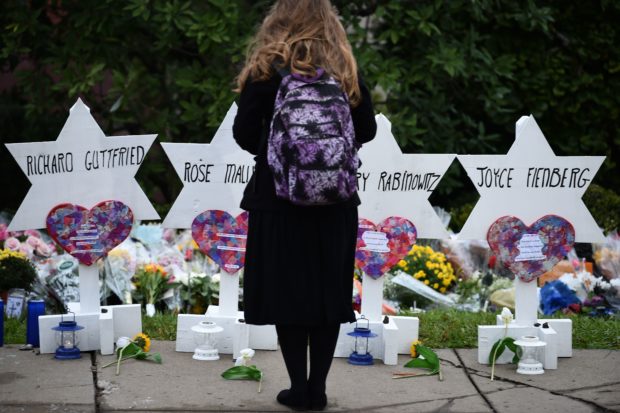 Trump said at a Saturday night rally in Illinois, “This evil anti-Semitic attack is an assault on all of us. It’s an assault on humanity. It will require all of us working together to extract the hateful poison of anti-Semitism from the world.” (RELATED: Trump Reacts To ‘Devastating’ Pittsburgh Synagogue Shooting)

“One of the reasons why anti-Semitism hits the president close to home; his family — his daughter and his son-in-law, his grandchildren — are Jewish,” Dermer added. “I was very glad to see how forcefully he pushed back against that yesterday and I know he’s not alone.”