A prominent New Jersey newspaper endorsed Democratic Sen. Bob Menendez on Sunday after referring to him as an “awful candidate” and calling him a “slippery” character.

“This year’s U.S. Senate race presents the most depressing choice for New Jersey voters in a generation, with two awful candidates whose most convincing argument is that the other guy is unfit to serve,” wrote The Star-Ledger editorial board. “But please, don’t walk away. Being a patriotic American is not just about fighting enemies abroad or helping flood victims at home. It’s about making our democracy work, even when pulling the lever brings no joy.”

“Why no joy?” the editorial board continues. “Because both candidates are slippery characters, even by Washington standards.” (RELATED: Menendez Chances Of Re-Election Looking Slimmer)

The endorsement went on to detail Menendez’s bribery and corruption charges and called it a “miracle” that the New Jersey senator wasn’t criminally convicted. He was formally admonished by the Senate Ethics Committee (SEC) in April. The endorsement further called Menendez’s decision to run for re-election an “act of profound narcissism.”

“And when you get past ethics, the central issue in this race is Donald Trump,” the Star-Ledged wrote. “That makes this an easy decision: Menendez is the better choice, by far. He has our endorsement.” 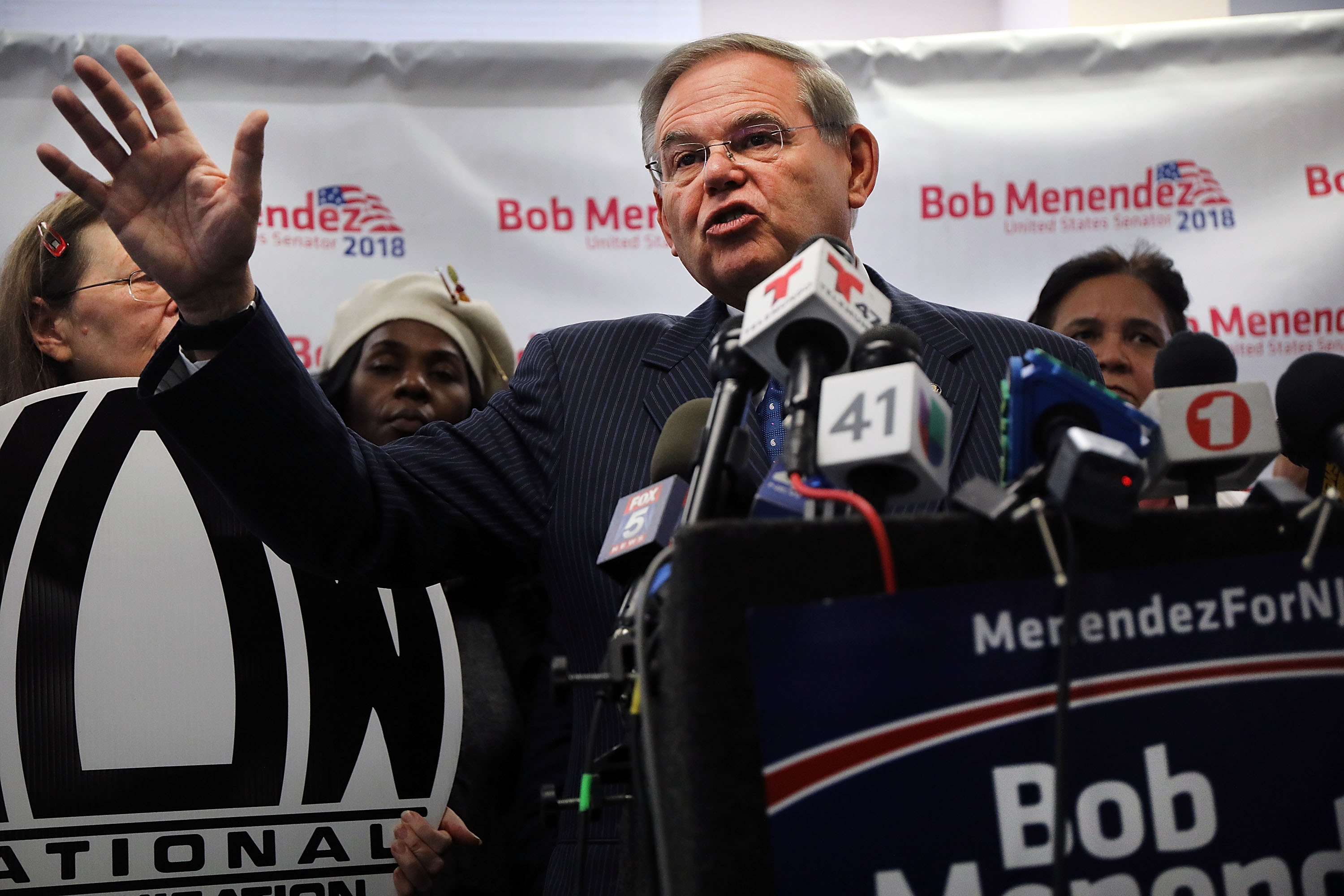 Surrounded by female supporters, New Jersey Senator Robert Menendez speaks at a news conference to address accusations by his Republican opponent that he slept with underage sex workers during trips to the Dominican Republic on October 17, 2018 in Hackensack, New Jersey. The claims originally emerged before Menendez was re-elected to the Senate in 2012 and despite an extensive investigation by the FBI and reporters, the accusations have never been substantiated. A million-dollar ad campaign launched on Monday by opponent, Republican Senate candidate nomineeÊBob Hugin, have used the unproven allegations against Menendez. (Spencer Platt/Getty Images)

While Menendez is leading Hugin by 5 points, according to the latest Emerson poll, Cook Political Report moved the race on Friday from “lean Democrat” to “toss-up.”