The U.S. Supreme Court seemed poised to further limit the use of class actions in arbitration Monday, a potential win for business interests who prefer to resolve disputes in private settings as opposed to costly court battles.

Monday’s arguments were in keeping with the Roberts Court’s pro-arbitration bent. Arbitration is a dispute resolution process that takes place outside courts.

In recent years, the high court has given massive sweep to a federal law called the Arbitration Act (FAA), a 1925 statute which makes arbitration agreements practically inviolable. The justices have reversed eight anti-arbitration decisions from the lower courts since 2011.

Most recently, the Court held on May 21 that employers can effectively ban class-action lawsuits from workers by including mandatory individual arbitration provisions in employment contracts in Epic Systems v. Lewis.

Monday’s case arose when plaintiff Frank Varela sued his employer, Lamps Plus, after his personal information was exposed in a breach of company systems.

Business is generally averse to class action proceedings, as they are harder to litigate and take longer to resolve. The U.S. Chamber of Commerce filed an amicus brief urging the justices to side with Lamps Plus.

The issue Monday was whether contract language that does not address class actions could nonetheless be construed to include a right to group arbitration.

Though the provision at issue Monday makes no specific reference to class actions, the 9th U.S. Circuit Court of Appeals ruled two to one that the contract’s language was ambiguous and could be read to allow group arbitration. Justice Elena Kagan seemed to agree, saying it would be natural to include class actions in the general category “disputes, claims, or controversies” — the language of the contract.

“We don’t insist that everybody lay out all the subcategories of things,” she said during Monday’s argument. (RELATED: The American Legion Is Asking The Supreme Court To Protect A Cross-Shaped War Memorial) 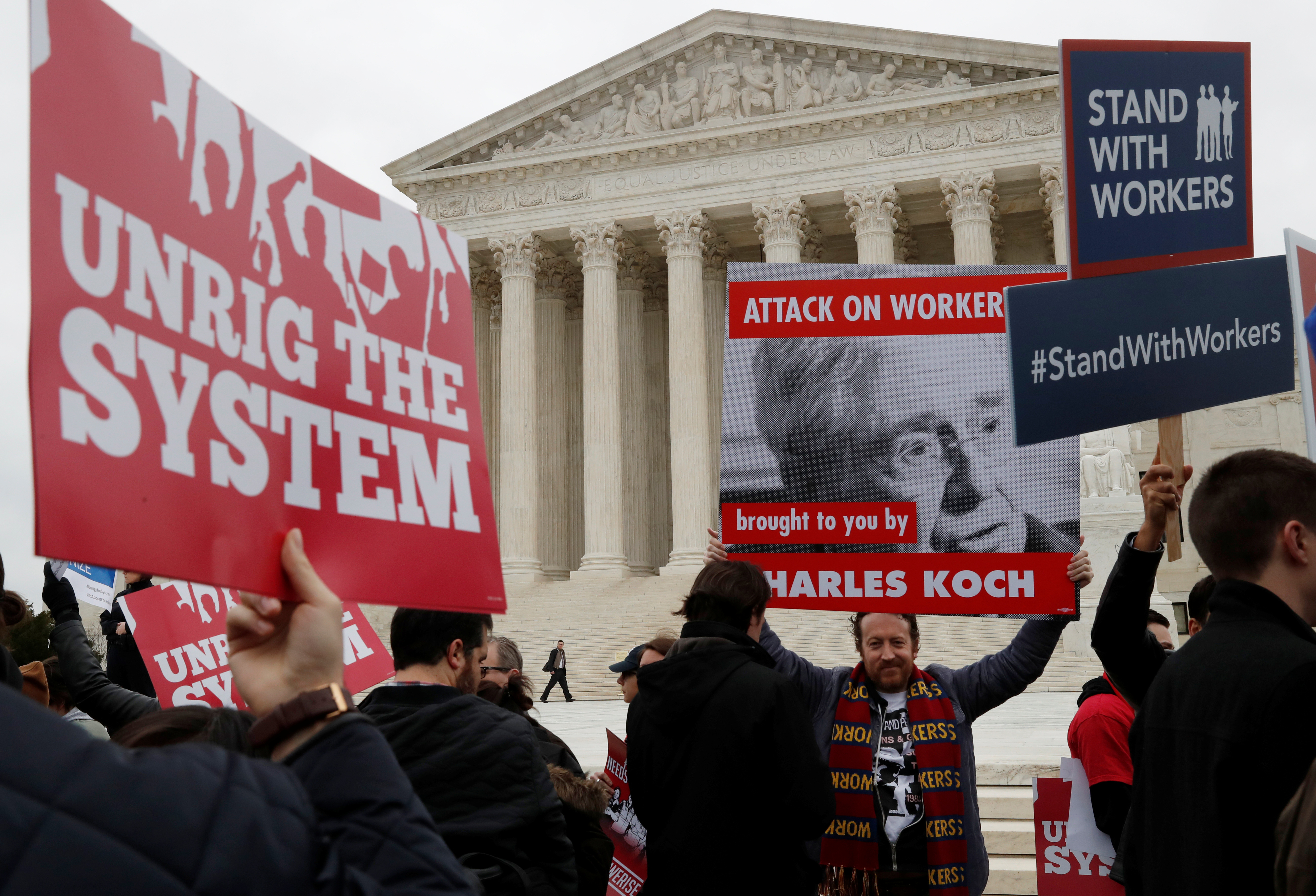 But Justice Brett Kavanaugh noted the dissent in the 9th Circuit case called the decision “a palpable evasion” of a 2010 Supreme Court decision which said that group arbitration cannot be imposed without the consent of those involved. Kagan argued Monday’s dispute was different, since there was no underlying contract in the 2010 case.

“If the FAA says ‘enforce the contract according to its terms,’ but one of the terms, as our prior precedents say, is fundamentally inconsistent with arbitration itself, then, presumably, the FAA would preclude that term,” he said.

Another case argued Monday concerned who decides whether frivolous disputes can reach arbitration in the first place — an arbitrator or a court.

There is currently bipartisan legislation in the Senate to end forced arbitration relating to sexual misconduct.