President Donald Trump said Sunday at a rally that Georgia is in danger of becoming another Venezuela if Democrat Stacey Abrams becomes governor.

As Fox News reports, Trump told voters that the “extreme far-left” Abrams was poised to turn Georgia “into Venezuela” just as she would “make … jobs disappear like magic.” 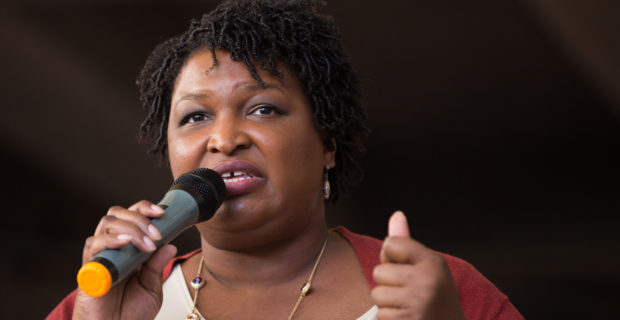 Democratic Georgia Gubernatorial candidate Stacey Abrams talks to a crowd gathered for the “Souls to The Polls” march in downtown Atlanta on Oct. 28, 2018 in Atlanta, Georgia. (Photo by Jessica McGowan/Getty Images)

Trump was in Macon, Ga. to stump for the Republican candidate for governor, Brian Kemp, who is in a close race with Abrams. (RELATED: Trump Rails Against Obama’s Rally, The Media At West Virginia Rally)

“Brian Kemp is an incredible fighter and a tireless champion for the people and for the values of Georgia, and he was with me right from the beginning,” said Trump, who told the crowd that if the state elects a Democratic governor, “your Second Amendment is gone.” (RELATED: Stacey Abrams Used To Write Steamy Romance Novels — Here Are The Raunchiest Excerpts)

“Stacey Abrams is one of the most extreme, far-left politicians in the entire country … You put Stacey in there, and you’re gonna have Georgia turn into Venezuela. I don’t think the people of Georgia like that.” 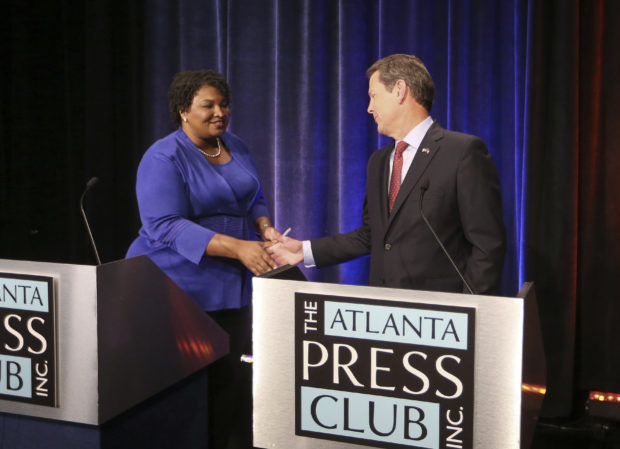 Trump reiterated some of his favorite themes at the rally, citing America’s booming economy, the confirmation of Supreme Court Justice Brett Kavanaugh and his resolve to stop the migrant caravan coming to the border.

Abrams received support from a controversial source on Sunday as a contingent of Black Panthers marched through Atlanta emblazoned with Abrams’ campaign buttons.