Democratic candidates are entering a last-minute surge in the polls in the last few hours before Election Day, but a number of Democrats are seeing a lot of comparisons to the 2016 presidential election.

Democrats and Republicans are essentially tied in the roughly 30 House districts rated as toss-ups by the Cook Political Report, which relied on 10,000 interviews for its conclusion. Data, which was released Monday, shows Democrats are on the cusp of taking the House despite the narrow margins.

But many liberal activists and Democratic strategists remain unconvinced.

“We’re kind of just in the bed-wetting phase now,” Democratic pollster John Anzalone told reporters Sunday. He campaigned hard for former Secretary of State Hillary Clinton before then-presidential candidate Donald Trump pulled the rug out from underneath her campaign. Other activists shared similar concerns, with one even recalling having nightmares about poll numbers.

“I’m old enough to remember when The New York Times gave Hillary Clinton an 85 percent chance of winning on election night and to have been traumatized by the New York Times election needle,” Ezra Levin, who co-founded the Resistance organization Indivisible, told Politico. He added that Democrats are unlikely to be reassured until Tuesday comes and goes.

“There’s this feeling that we’re losing until we win,” said Levin, who has spent the past few months visiting activists and measuring their feelings about the midterms. “None of them I talked to is confident and planning on a win,” he said, adding: “Every one of them doesn’t trust the polls, doesn’t trust that this is in the bag.”

Democrats need to win only a handful of these toss-up districts to gain the net 23 seats needed to take control — it’s one of the reasons why they are considered favorites. But those races remain paper-thin close. Each of the final 28 poll results was within the margin of error, with 20 of the 28 within 2 percentage points, a margin considered near statistical white noise.

The Democratic Party is hoping to win those races thanks in part to a deep bench of candidates, many of whom are receiving millions of dollars in donations from the country’s wealthiest liberals. 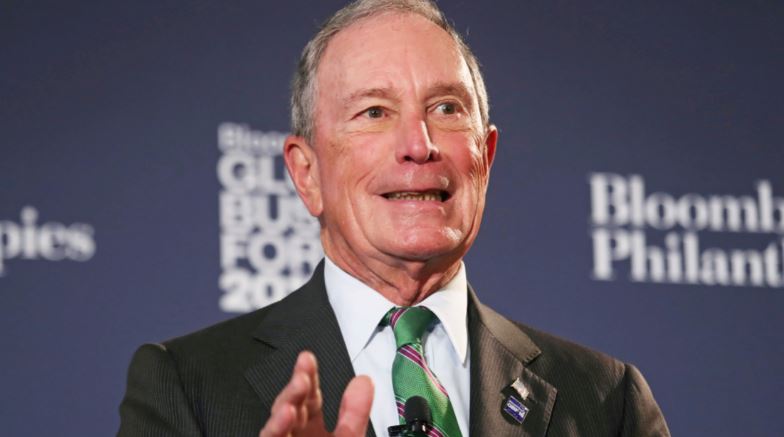 Former New York City Mayor Michael Bloomberg, for one, has dumped millions of dollars in support of Democrats so far this election, according to Federal Election Commission data. Bloomberg, who is considering a presidential run in 2020, focused much of his effort on California, where his political group reported shoveling $4.4 million on advertising against GOP Rep. Dana Rohrabacher.

Bloomberg is not the only liberal billionaire campaigning against Republicans across the country. Former hedge fund manager Tom Steyer is using his wealth to campaign for Tallahassee Mayor Andrew Gillum’s run for Florida governor. Steyer has given over $42 million this midterm election cycle to Democrats and other progressive causes, according to the Center for Responsive Politics. He is also flirting with a possible run against Trump in two years.

This year’s high voter turnout suggests Democrats might have reason for concern. Texas is a bellwether for the rest of the country — Democratic Rep. Beto O’Rourke is fighting tooth-and-nail in the Lone Star State to unseat GOP Sen. Ted Cruz. Poll numbers are tight in the state and getting tighter. (RELATED: More Than 4 Million Texans Have Cast Early Votes Ahead Of The Midterm Election)

More than 4,514,930 Texans have cast in-person ballots during the entire early voting period in the 30 counties where most of the state’s registered voters live. To put it another way, roughly 40 percent of the 12 million registered voters in those counties have voted.