South Carolina Republican Sen. Lindsey Graham said Monday that there is no way he will accept a position in President Donald Trump’s cabinet if Trump were to offer him one.

“I’m staying right where I’m at,” Graham told conservative radio host Hugh Hewitt. “People ask me about being attorney general and other jobs. I will be in the NBA before I leave the Senate.”

Rumors have been swirling that the South Carolina senator has his eyes set on the attorney general role if AG Jeff Sessions is no longer in the position. The buzz was reignited after Graham’s explosive speech during the Senate Judiciary Committee’s hearing on the nomination of Justice Brett Kavanaugh to the Supreme Court.

Graham shot down the rumors in October, telling a reporter that he has “zero interest in serving in President Trump’s cabinet.”

“Well, I’m going to run [for Senate] again — there ya go, you made news — I’m definitely running,” Graham told the reporter at the time. “I enjoy my job. I think I’m better at it today than I’ve ever been. I love my job. I love representing the people of [South Carolina].” (RELATED: Lindsey Graham Reveals If He’s Really Gunning For The AG Position) 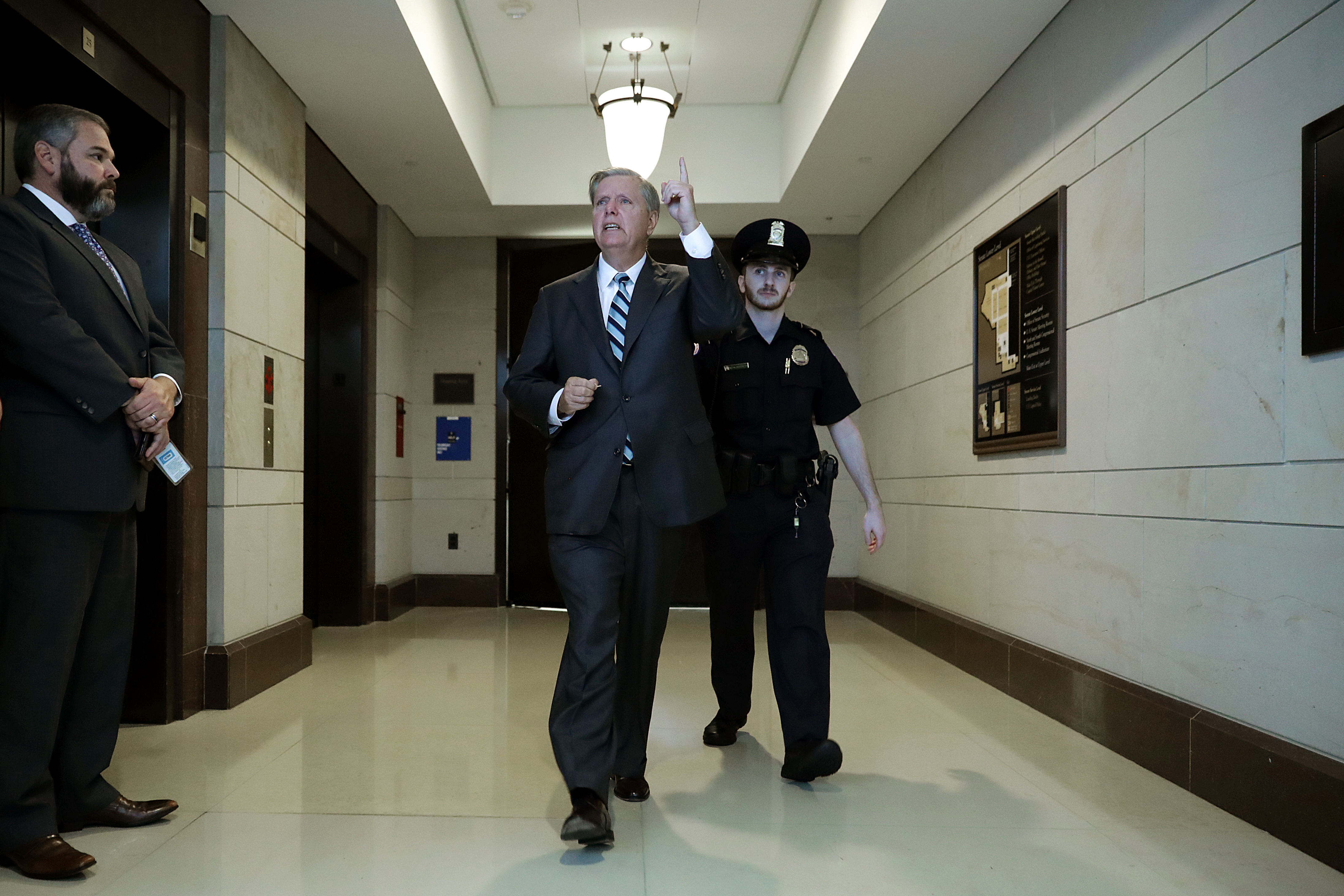 However, the rumors have since persisted, especially since reports emerged of the likelihood that the White House will experience a personnel shake-up following the mid-term elections.

“I don’t like my chance in the NBA,” Graham added.