“Votes remain to be counted. There are voices that are waiting to be heard,” she said at her headquarters.

Georgia secretary of state had 53 percent of the vote with 94 percent of precincts reporting, while Abrams had 46.1 percent at the time of publication, according to The New York Times.

Abrams said she wanted every absentee ballot to be counted.

“I promise you tonight, we are going to make sure every vote is counted,” Abrams said. “Every single vote. … The machinery of democracy should work for everyone, everywhere.”

Abrams predicted Wednesday she would pull through in a runoff election and provide “fully-funded public education” and “Medicaid expansion.” 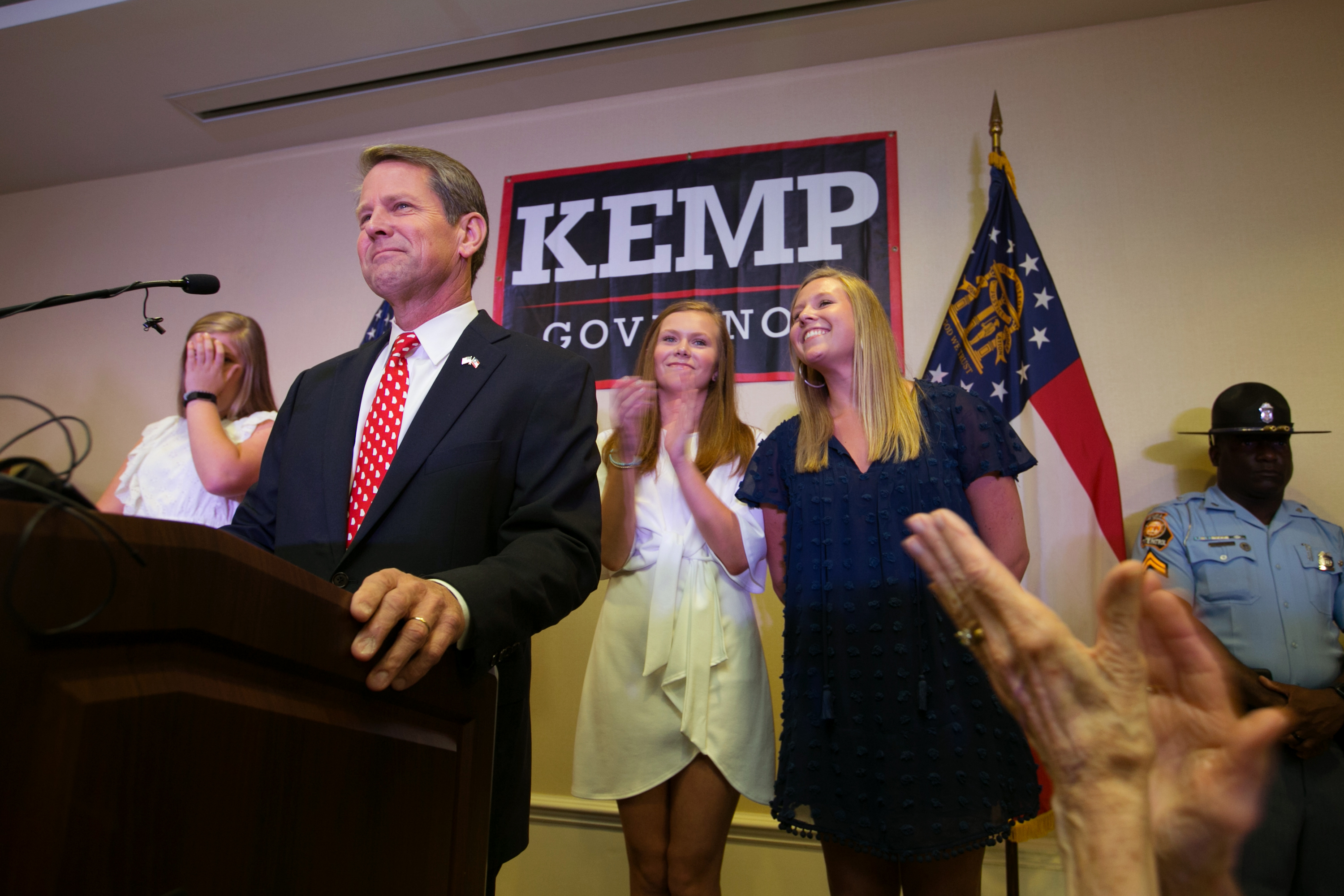 Kemp’s office announced Sunday that it opened an investigation into the Georgia Democratic Party for allegedly attempting to hack the state’s voter registration system.

“While we cannot comment on the specifics of an ongoing investigation, I can confirm that the Democratic Party of Georgia is under investigation for possible cyber-crimes,” a spokeswoman for the secretary of state, Candice Broce, said in a statement.

Abrams called the investigation “a desperate attempt on the part of my opponent to distract people from the fact that two different federal judges found him derelict in his duties,” Abrams said Sunday, according to CNN.

Both Kemp and Abrams had high-profile figures join them on the campaign trail in recent days. Former President Barack Obama supported Abrams. She also touted support from celebrities such as Oprah Winfrey and Will Ferrell.

Pence called out the Abrams campaign for relying on celebrity endorsements.

“I heard Oprah is in town today. I heard Will Ferrell was going door-to-door the other day,” Pence said at the Thursday rally in Dalton, Georgia, according to The Atlanta Journal-Constitution. “I’d like to remind Stacey and Oprah and Will Ferrell, I’m kind of a big deal, too.”

“And I got a message for all of Stacey Abrams’s liberal Hollywood friends: This ain’t Hollywood,” Pence continued. “This is Georgia. And Georgia wants a governor that’s going to put Georgia values and Georgia first. And Brian Kemp is going to do just that.”