The Pentagon is no longer using the name “Operation Faithful Patriot” to refer to the ongoing deployment of troops to the southwest border and will instead couch the mission in more generic terms of support to federal law enforcement, according to U.S. officials.

“We are not calling it ‘Operation Faithful Patriot,’ we are calling it ‘border support,'” Pentagon spokesperson Lt. Col. Jamie Davis said Wednesday, according to CNN.

The directive to drop the “Faithful Patriot” moniker came from Defense Secretary Jim Mattis’ office and was issued on Election Day, The Wall Street Journal reported, citing administration officials. One explanation for the change was that the troops at the border were not part of an actual “operation,” a term typically associated with combat situations.

The Pentagon has not publicly given a reason for the name change.

As of early November, roughly 8,000 active duty troops to had been sent to Texas, Arizona and California under the formerly named Faithful Patriot deployment. President Donald Trump ordered troops to the border in response to a caravan of several thousand Central American migrants traveling north through Mexico with the aim of applying for asylum in the U.S. (RELATED: Trump Pledges To Send Up To 15,000 Troops To The Border) 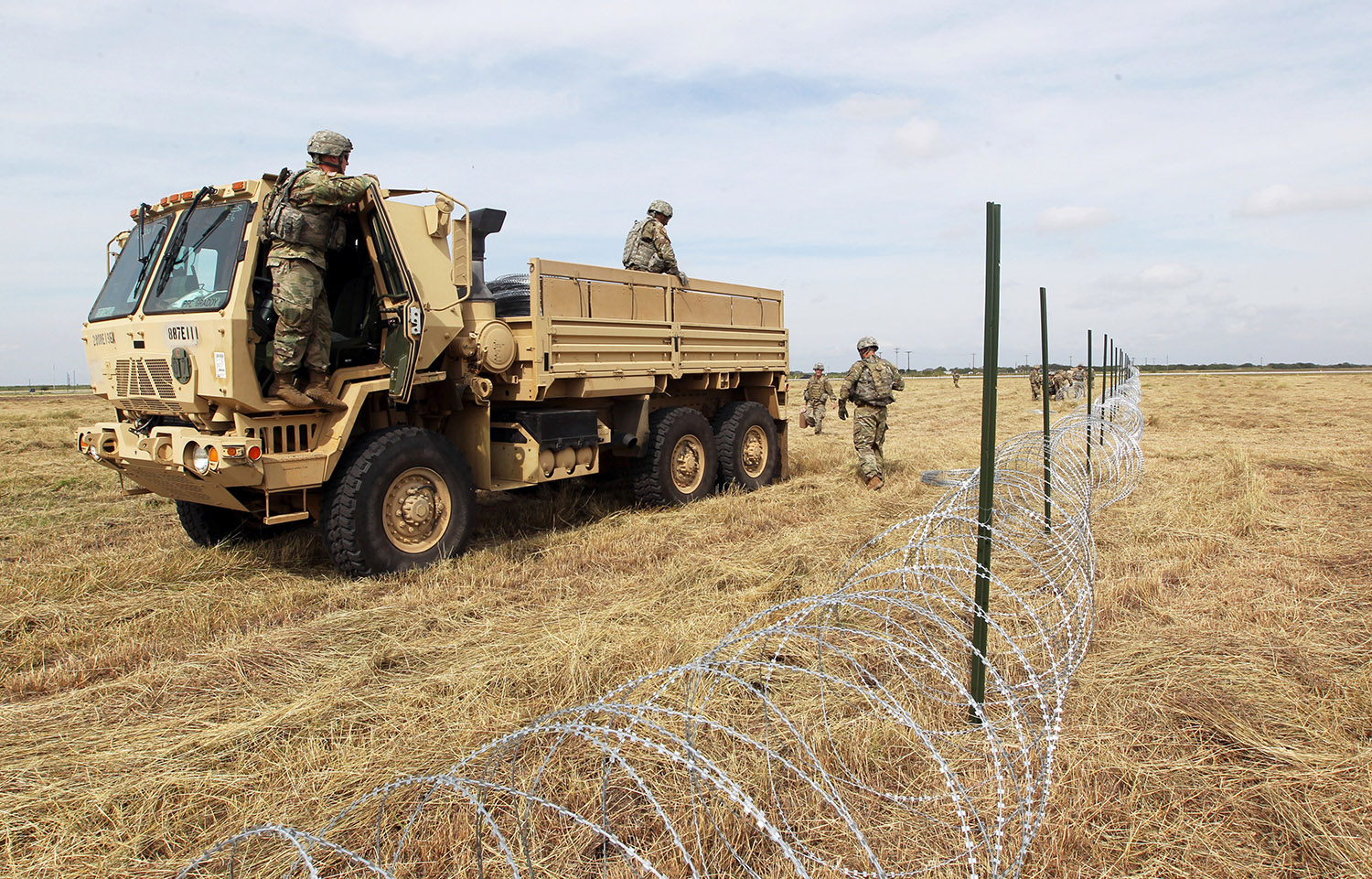 U.S. Army soldiers from Ft. Riley, Kansas, put up razor wire fence for an encampment to be used by the military near the U.S. Mexico border in Donna, Texas, U.S., Nov. 4, 2018. REUTERS/Delcia Lopez

Critics of the move accused Trump of using the deployment to stir up fears of illegal immigration in advance of the midterm elections. Many also said it was inappropriate to send to military to the border to confront asylum seekers at the ports of entry.

When asked last week if the deployment was politically motivated, Mattis said, “We don’t do stunts.”

In anticipation of the caravan, the bulk of which is not expected to arrive until later in November, troops have mostly been shoring up border security infrastructure and laying barbed wire.