The White House suspended access to the grounds for CNN correspondent Jim Acosta after an incident in which he refused to give up the microphone to an intern during a Wednesday press conference.

As a result of today’s incident, the White House is suspending the hard pass of the reporter involved until further notice. 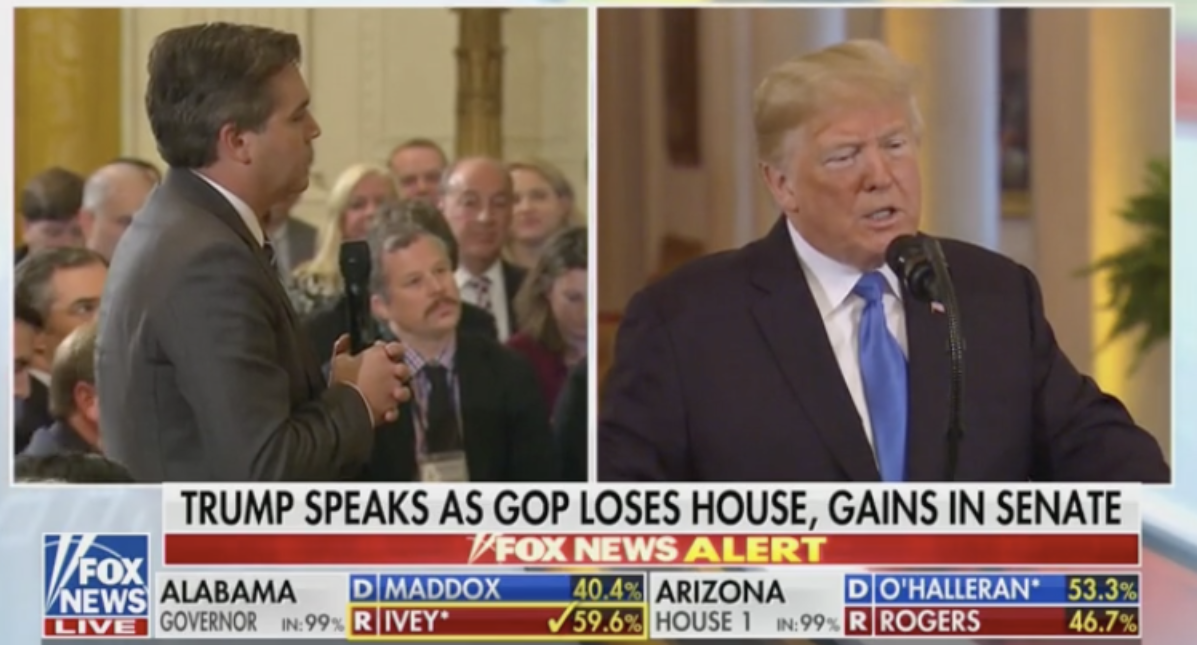 “President Trump believes in a free press and expects and welcomes tough questions of him and his Administration. We will, however, never tolerate a reporter placing his hands on a young woman just trying to do her job as a White House intern,” White House Press Secretary Sarah Huckabee Sanders said. “As a result of today’s incident, the White House is suspending the hard pass of the reporter involved until further notice.” (RELATED: Trump Goes Off On Acosta, Who Refused To Hand Mic To Female Staffer)

Acosta refused to give up his microphone to an intern when President Donald Trump ordered him to Wednesday. The intern went to grab his microphone after an extended questioning period.