President Donald Trump addressed the revocation of CNN’s Jim Acosta’s press pass on Friday, asserting that reporters have to treat the White House and the presidency with respect.

“I think Jim Acosta’s a very unprofessional man. He does that with everybody. He gets paid to do that,” Trump said during a press gaggle on the White House lawn. “Whether it was me or Ronald Reagan or anybody else, he would’ve done the same thing.” 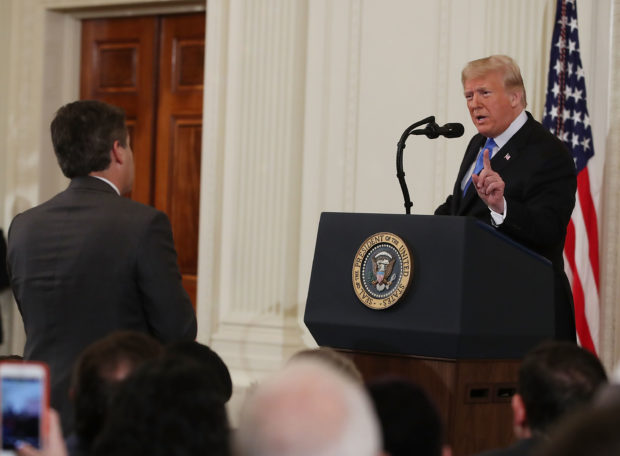 The White House revoked Acosta’s press pass on Wednesday night after he debated the president during a press conference and refused to surrender his microphone to an intern, blocking the young woman with his arm.