Actor Viggo Mortensen’s apology for saying the N-word during a Wednesday night discussion about his upcoming movie “Green Book” was accepted Friday by co-star Mahershala Ali, who said the usage “wasn’t appropriate” but that he can “accept and embrace his apology.”

“For instance, no one says n— anymore,” Mortensen said during a Q&A promoting the film about an interracial friendship in the early 1960’s, according to The Hollywood Reporter.

The actor reportedly apologized personally to his co-star, who was sitting with him during the Q&A, and also issued a statement to THR:

In making the point that many people casually used the ‘N’ word at the time in which the movie’s story takes place, in 1962, I used the full word. Although my intention was to speak strongly against racism, I have no right to even imagine the hurt that is caused by hearing that word in any context, especially from a white man. I do not use the word in private or in public. I am very sorry that I did use the full word last night, and will not utter it again.

Ali issued his own statement on Friday responding to Mortensen and accepting his apology, calling the conversation “well-intended” and “intellectual” but inappropriate. 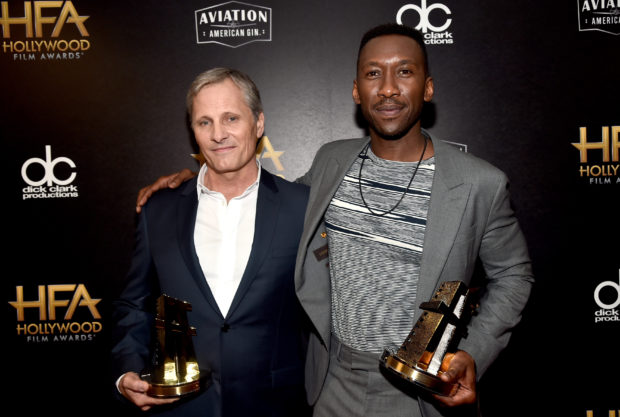 “However well-intended or intellectual the conversation may have been, it wasn’t appropriate for Viggo to say the n-word,” Ali said. “He has made it clear to me that he’s aware of this, and apologized profusely immediately following the Q&A with Elvis Mitchell. Knowing his intention was to express that removing the N-word from your vocabulary doesn’t necessarily disqualify a person as a racist or participating in actions or thoughts that are bigoted, I can accept and embrace his apology.”

Ali also commented about the usage of the word “within the black community.”

Former Netflix PR chief Jonathan Friedland was fired in June for using the word during a conversation about sensitive words. (RELATED: White Liberals More Likely To Believe African-Americans Are Discriminated Against Than African-Americans)