Democratic Sen. Bill Nelson sued the Florida Department of State on Monday in an attempt to include mail-in ballots that were delivered after polls closed on Election Day.

Marc Elias, the attorney for Nelson, filed the lawsuit contending that residents who sent vote-by-mail ballots, which were postmarked before Election Day but not delivered until the voting concluded Tuesday, should not be “disenfranchised” because of mail delivery delays that were out of their control, according to NBC6. 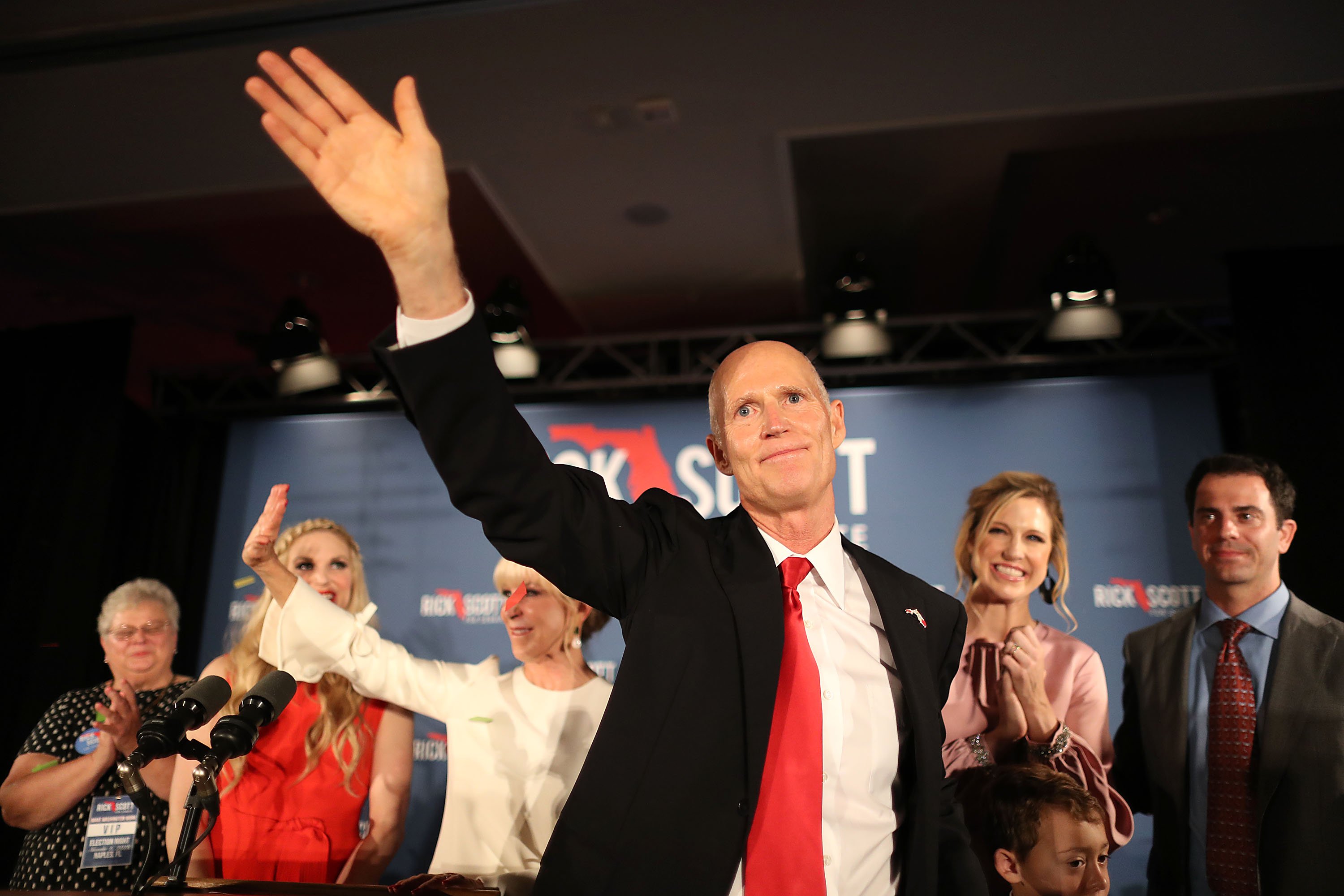 Florida Governor Rick Scott and his wife, Ann Scott, along with their daughters, Jordan Scott (L) and Alison Guimard (2nd R) take to the stage during his election night party at the LaPlaya Beach & Golf Resort on November 06, 2018 in Naples, Florida. (Joe Raedle/Getty Images)

He argued that all ballots postmarked prior to Nov. 6 should be included in the tally as long as they are collected within 10 days of the election. (RELATED: Bill Nelson To Call For Recount Over Florida Senate Election Results)

A spokesman for Nelson’s Republican challenger, Gov. Rick Scott, responded to the lawsuit saying that Nelson’s campaign “seems to be content filing frivolous and laughable lawsuits.” He further called the suit “nothing short of a legal white flag of surrender.”

The establishment media has largely shrugged off Florida’s election misconduct as a Republican conspiracy theory, however, election supervisors in two of the state’s largest counties have already shown to be acting unlawfully — Scott filed two lawsuits on Thursday night alleging that both counties’ supervisors violated Florida election laws. A judge ruled in favor of both cases, however, neither election supervisors complied with the court order by the deadline.