A decade-long oil boom in the U.S. has cut into the overall U.S. trade deficit by hundreds of billions of dollars, according to business information provider IHS Markit.

The total U.S. merchandise trade deficit in 2017 was $250 billion less than what it would have been absent the shale oil boom. The oil boom cut U.S. demand for foreign-made petroleum products, according to an IHS Markit study released Wednesday. (RELATED: Does A Report On The Shale Boom Give A Glimpse At The Benefits Of Energy Dominance)

“The improved U.S. trade position in petroleum has been a counterbalancing force helping to keep the U.S. trade deficit in check over the past decade,” IHS Markit vice chairman Daniel Yergin and co-author of the report said in a statement. “The resurgence of domestic oil and gas production has flipped the trade position of several products along the energy value chain on their heads, while that of other products, such as crude oil, have been significantly reduced.” 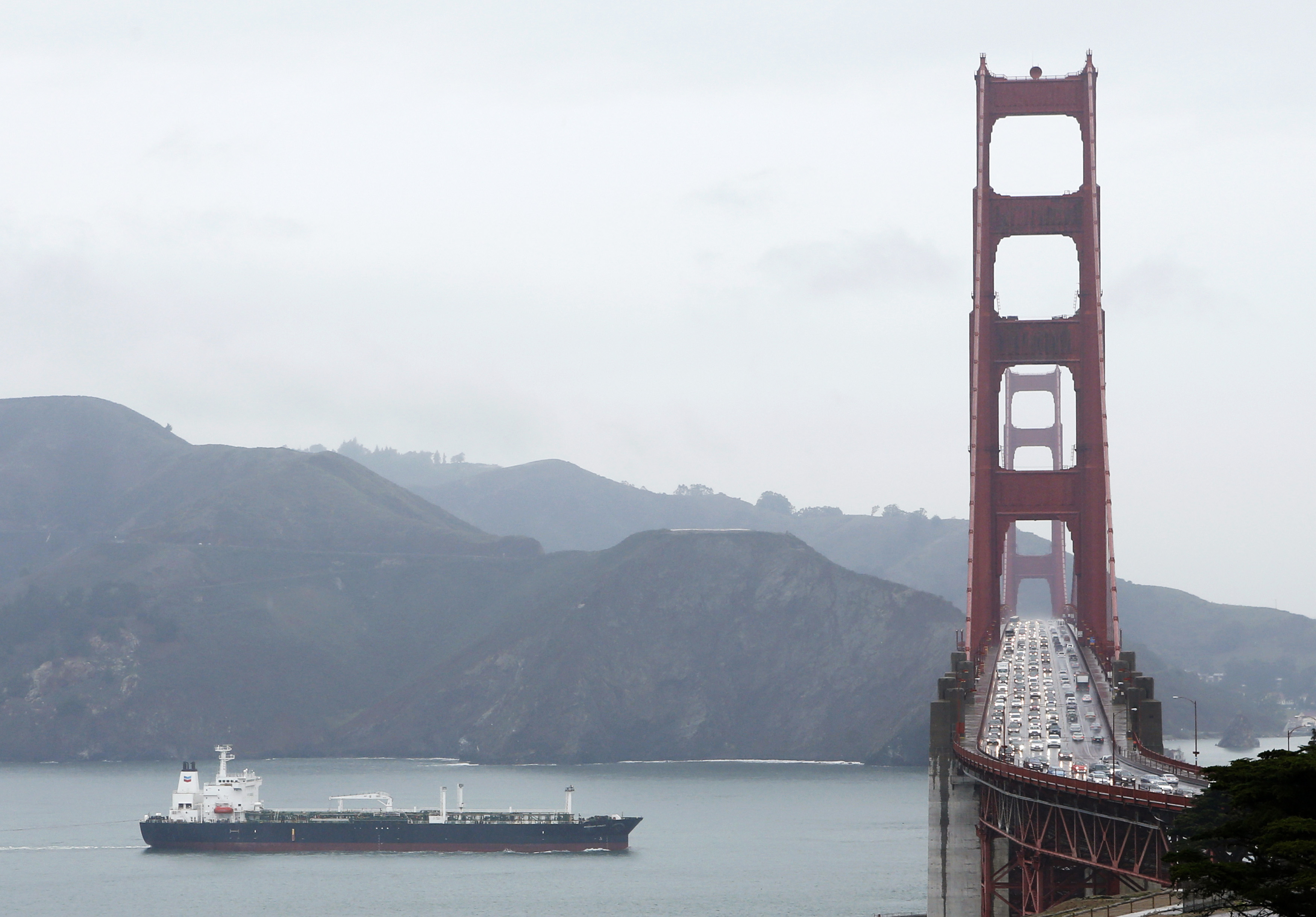 An oil tanker passes underneath the Golden Gate Bridge during a rainfall in San Francisco, California, February 26, 2014. REUTERS/Beck Diefenbach

U.S. crude oil and natural gas liquids production nearly doubled in the decade between 2007 and 2017, rising from about 7 million barrels a day to about 13 million barrels a day. During the same amount of time, the trade deficit on petroleum products fell from $320 billion to $75 billion, according to the study.

“The United States moving from net imports to being a net petroleum exporter would be an historic shift, something not achieved since at least the Truman administration,” report co-author David Witte, IHS Markit senior vice president and head of energy and chemicals, said in a statement. “It speaks to the profound and continued impact that the U.S. shale boom has had in terms of investment, job creation, manufacturing, GDP and now trade.”

The U.S. has leveraged its dominant oil and gas industry to gain advantages in international relations. China backed away from retaliatory tariffs it was considering on American crude oil because the country would have risked “severely hurting its domestic refining industry,” FGE energy consultant Den Syahril told Bloomberg.