Saudi Arabia’s public prosecutor announced Thursday that his team has indicted 11 suspects in the killing of Saudi journalist Jamal Khashoggi and will seek the death penalty for five of them.

Shaalan al-Shaalan, a spokesman for the prosecutor, said at a news conference in the Saudi capital, Riyadh, that the country’s Crown Prince Mohammed bin Salman had nothing to do with the disappearance or death of Khashoggi, whose writings were often very critical of the crown prince and the kingdom.

Shaalan said Saud al-Mojeb, the prosecutor, has reason to believe the direction to kill Khashoggi came from a relatively low-level official who acted without authorization and without a plan, according to The Washington Post.

“His royal highness the crown prince has nothing to do with this issue. This was a rogue operation,” Adel al-Jubeir, the kingdom’s foreign minister, told reporters in Riyadh, adding that the prosecutor’s results further exonerate the prince. “For their mistakes they will pay the price.”

This instance contradicts Turkish investigators’ initial reporting, which suggested the murder was premeditated and included an extensive cover-up, and Turkish President Recep Tayyip Erdogan believed it came from “the highest levels of the Saudi government.”

Saudi investigators have a total of 21 suspects in custody.

Despite the kingdom’s claims that the crown prince had nothing to do with Khashoggi’s death, The New York Times reported an in-depth look into who each of the men were in the team of 15 Saudi agents that were at the Saudi consulate in Istanbul on Oct. 2 when Khashoggi went missing and found that multiple suspects have close or direct ties to the crown prince. 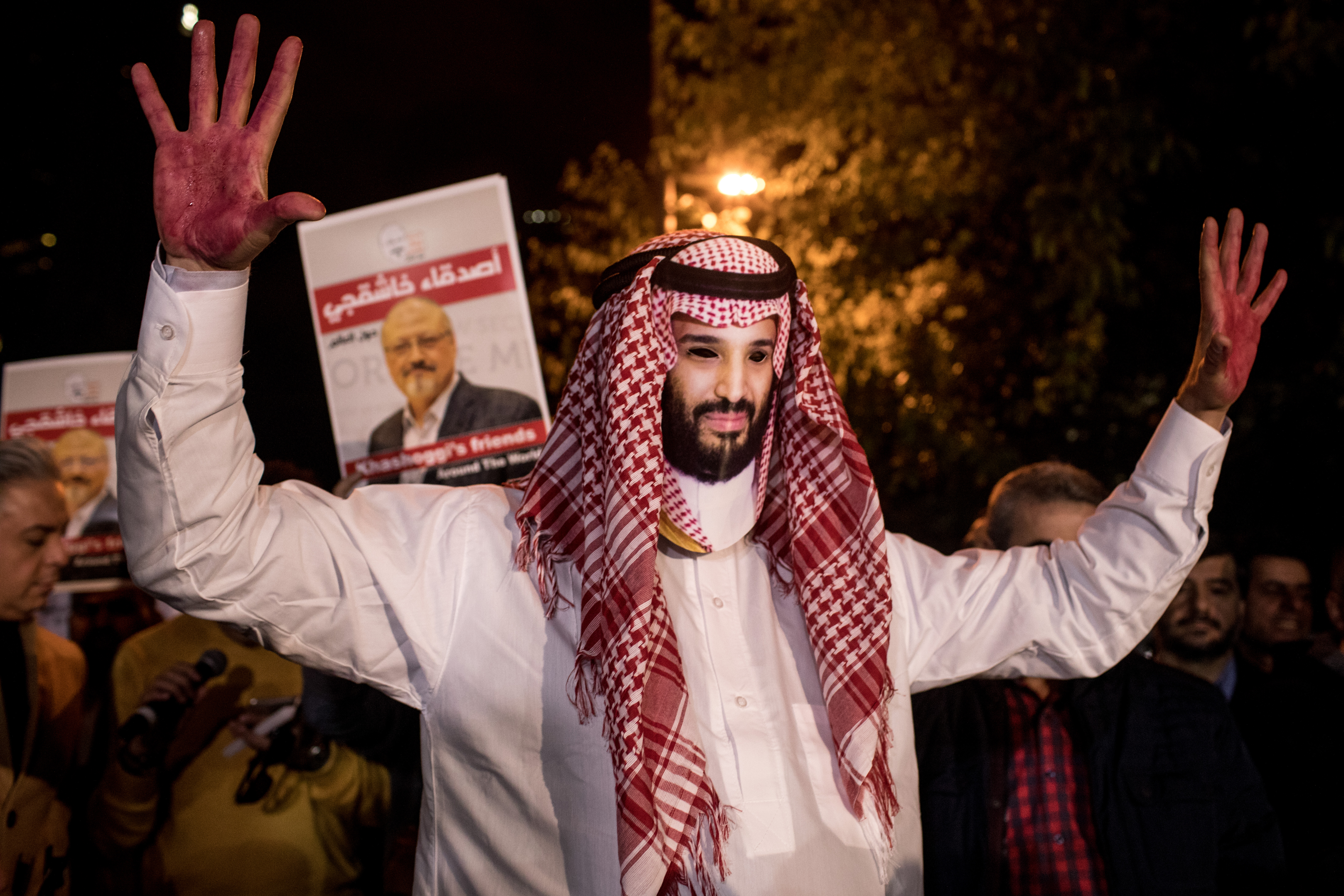 The U.S. Department of the Treasury also hit 17 Saudi officials with sanctions Thursday for having a role in the killing of Khashoggi, who had been living in the U.S. for the past year. (RELATED: Surveillance Video Shows Man Leaving Consulate Khashoggi’s Clothes, Turkish Officials Calling It A ‘Body Double’)

“The Saudi officials we are sanctioning were involved in the abhorrent killing of Jamal Khashoggi,” Treasury Secretary Steven Mnuchin said in a statement. “These individuals who targeted and brutally killed a journalist who resided and worked in the United States must face consequences for their actions. ”

Among the sanctioned officials are one of the crown prince’s trusted advisers, Saud al-Qahtani. Two others are senior aide Maher Mutre and Riyadh’s counsel general in Istanbul, Mohammed al-Otaibi.

“The United States continues to diligently work to ascertain all of the facts and will hold accountable each of those we find responsible in order to achieve justice for Khashoggi’s fiancée, children, and the family he leaves behind,” Mnuchin added.